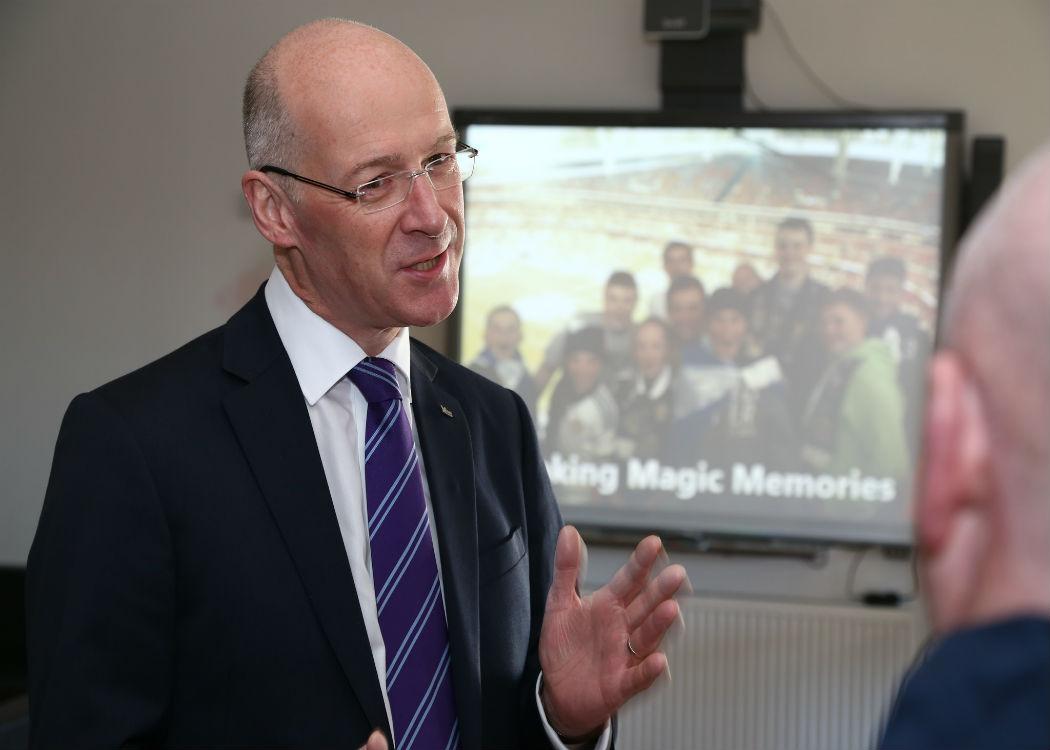 CommonSpace reported earlier this week (click here to read more) that the UK Information Commissioner stated in evidence to the Scottish Parliament that the SNP’s proposal for a single data system in Scotland was a “shift away from the current consensual model” of opting in to government data registers.

The SNP has proposed centralising data systems in Scotland in to the NHS database register.

Willie Rennie, Scottish Liberal Democrat leader, stated in proposing the motion that the intention was not to decide whether the legislation “was appropriate or otherwise”, it was to get the legislation introduced as “primary legislation” rather than just through one parliamentary committee.

As it stands, the proposed government changes are being made as an amendment to the National Health Service Central Register (Scotland) Regulations 2006 rather than as a bill in its own right.

Rennie said politicians should be cautious about creating a super-database across sectors, adding that if the government created a unique number for everyone it would “leave the system open to being searched and mined”.

Rennie said the current system operates on an “opt-in basis”, whereas under the new system there would be “no consent required”.

“If there is an all-encompassing, single database, with a single number for each person, then it is a simple step from there to ID cards,” Rennie added.

In summing up the government’s amendment to the motion, Swinney responded angrily to Rennie’s claims, saying the government had made it absolutely clear that it would not introduce ID cards, adding that Rennie had been spreading “absolute, shameful, total nonsense” to the media about the national database in a “scaremongering effort”.

Swinney said the system was being introduced to ensure public service delivery could be provided accurately online, to help prevent fraud and identity theft and not make mistakes about who citizens are.

Swinney said the “most secure, accurate, privacy and user-friendly way to do this is by strictly controlled use of the NHS data register”. Swinney reiterated that the government “is not, under any circumstances, creating a new database”.

He added that this had already happened in 2006 when the parliament passed legislation which gave the government the statutory right to use the NHS register to check individuals’ identity, and was introduced by a Liberal-Democrat minister.

Scottish Labour’s Dr Richard Simpson said the party understood the need for a database and for the purpose behind it, but queried whether it was right to use information that had been given to the NHS by the public for a specific purpose, and then for the government to use the same data for a different purpose.

“It is the first action of a centralising state to capture as much information as it can about its citizens,” Simpson said.

Simpson said a review of public-sector databases found that more than half have a problem with privacy, and up to a quarter may be in contravention of the law in the way they are used.

Patrick Harvie, Green Party MSP, said: “If a change of this nature is to be proposed, it should be subject to primary legislation.”

Harvie added that the policy objectives of the government on this issue are important, but said that there was “a better way to do this”.

He commended the Open Rights Group’s briefing on the issue, which argued that centralising a data system creates the danger of “one single failure” if there is a problem with the system, and proposed an “opt-in authentication service” which would mean no personal data would be stored but would allow the government to authenticate citizens.

Liberal Democrat MSP Alison McInnes rounded up the debate for the proposers of the motion, saying: “The Scottish Government has done nothing today to address the serious concerns about the database,” adding that “powerful data mining and profiling would be possible with this single system”.

McInnes added that the UK Government had ruled out a single database system for security and safety reasons, and said that the Scottish Government should do the same, concluding that the proposals were “shadowy, sweeping changes through the back-door”.