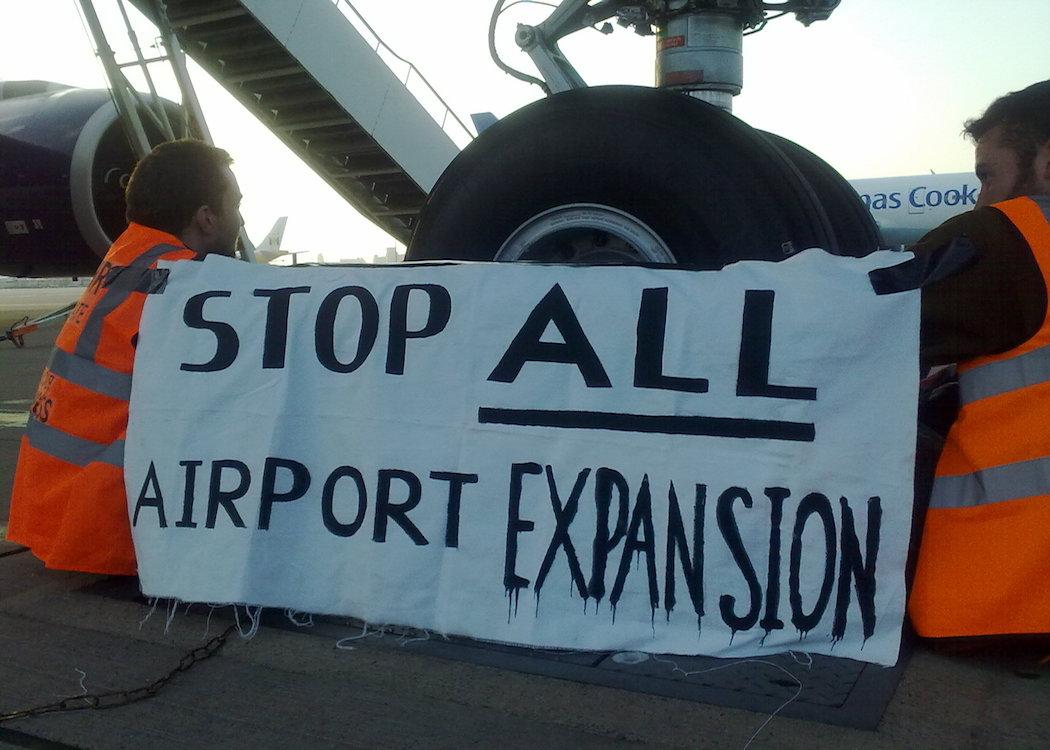 The ‘Heathrow 13’ had expected to be sent to prison after the district judge had said custodial sentences were “almost inevitable” during the initial verdict in January this year.

But yesterday [23 January] judge Deborah Wright handed down suspended sentence of six weeks to each of the 13 activists, citing the defendants’ good character and principles.

Following the sentencing Danielle Paffard, one of the defendants, quoted in the Guardian said outside court : “I’m so relieved. It’s a triumph for democracy, a triumph for the movement.”

In July 2015 the 13, who are members of the Plane Stupid campaign group, cut a hole in a perimeter fence at Heathrow airport and blocked the north runway, causing the cancellation of 25 flights. Their defence in court was based on the threat posed by climate change.

In a statement following their convictions for aggravated trespass in January, the group said it was clear “the legal system does not yet recognsie that climate defence is not an offence”.

The statement went on: “Climate change and air pollution from Heathrow are killing people now, and the government’s response is to spend millions making the problem bigger.”

Had the sentences not been suspended, the ‘Heathrow 13’ would have been the first climate change activists to go to prison in the UK.

The decision on whether to build a third runway at Heathrow has been delayed by the government until at least summer 2016.