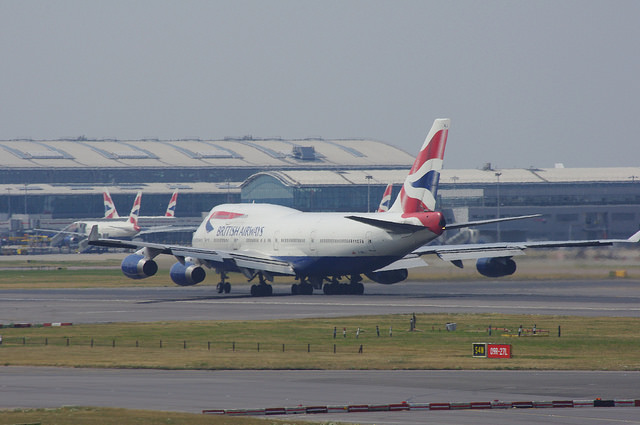 THE SNP’S decision to abstain from a key Commons vote on the expansion of Heathrow airport, in which the UK Government triumphed with a majority of 296, has been roundly condemned by the Scottish Greens and environmentalist groups.

Earlier, Yousaf had defended the SNP’s abstention in a reply to Conservative MSP Jamie Greene, echoing the SNP’s previously stated position that the UK Government had failed to provided sufficient guarantees over the supposed benefits such an expansion would bring to Scotland.

He said: “It is now incumbent on the UK Government to build more confidence in the process, and more clearly set out the economic benefits which a third runway at Heathrow can deliver throughout the UK.

“The Scottish Government’s position remains that Scotland should benefit proportionately from the new runway capacity, and that this should be subject to guarantee.”

Yousaf also described his bafflement at the UK Government’s “politically tone-deaf” decision to hold the vote before the publication of an independent report on the matter by the committee on climate change (CCC).

Prior to the vote, UK ministers faced accusations of “fixing” the Heathrow vote by holding it days before the publication of the report by the CCC, which had earlier suggested that the Heathrow expansion could lead to aviation emissions hitting 43m tonnes of CO2 by 2030, well over the UK’s pre-recession peak of 37.5m tonnes in 2005.

“It is now incumbent on the UK Government to build more confidence in the process.” Scottish transport minister Humza Yousaf

However, Patrick Harvie was unconvinced by Humza Yousaf’s concern over the report’s contents, asking: “What on the earth is it that the minister thinks he is going to read in the climate change committee report when it is published, that is going to overcome the objective reality that more flights means more emissions – and in particular, more short-haul flights between Scotland and London, when we have rail alternatives and surface alternatives?”

Yousaf called Harvie’s accusation a “ridiculous assertion”, pointing to the fact that the Scottish Government has brought forward “world-leading” climate change targets, and ensured transport emissions were included in those targets.

Commenting elsewhere, the SNP have said that as of the evening of 25 June, requests from the SNP transport spokesperson Alan Brown MP, along with a letter outlining the SNP’s key concerns, remain unanswered.

Commenting, Brown said: “Chris Grayling has completely failed to make the case for Scotland – SNP MPs could not vote for a third runway at Heathrow with no guarantees of the benefits.

“The SNP wants the best deal for Scotland. Any Heathrow expansion plan must provide significant benefits to our economy and connectivity, yet Grayling failed to provide any real assurances- or meet with me to give any guarantees.

“The UK government’s decision to delay a report on Heathrow emissions is also cause for concern.

“While the SNP has long worked with Heathrow on their plans for expansion and we will continue to work with them on the benefits that could be delivered, the UK Government has let Scotland down. The Tories can’t be trusted to keep their own promises, never mind the promises they make to others.”

CommonSpace sought comment from the SNP on why, if the Heathrow expansion was not acceptable to them in current form, they abstained rather than opposed – as well as asking what specific guarantees would be necessary to make it acceptable – but received no response at the time of publication.

Speaking ahead of today’s session in Holyrood, Harvie said that the SNP’s general support for the Heathrow expansion, despite its MPs’ abstention, left its climate change credentials “in tatters.”

Harvie said: “Constructing a third runway at Heathrow is incompatible with our climate change obligations and the SNP will be remembered for their complete failure to oppose the environmental vandals on the Tory front bench, when they should be taking a stand against such a destructive policy.

“We know the SNP at Holyrood have previously done the aviation lobbyists’ bidding, in trying to hand out tax cuts to the industry. Now the SNP MPs are sitting on their hands when anyone motivated by the environment or social justice would be voting to oppose Heathrow expansion. SNP ministers’ regular claims to be climate change leaders are now in tatters.”

Harvie also criticised Labour for allowing a free vote on the Heathrow expansion, commenting that the party “have also shown an utter lack of leadership on climate change, by allowing so many of their MPs to vote against their own party policy on a project that will push the UK’s carbon emissions to seriously dangerous levels”. “Labour is just as responsible as the Tories for Heathrow expansion,” he said.

“By abstaining, SNP MPs have stayed silent and this awful proposal has passed despite the clear and repeated warning about its effect on the climate.” Friends of the Earth Scotland director Dr Richard Dixon

Offering similar criticism, environmentalist campaign group Friends of the Earth Scotland accused the SNP of providing a “helping hand” to the UK Government and Labour rebels with their abstention.

Friends of the Earth Scotland director Dr Richard Dixon commented: “It is extremely disappointing to see Heathrow expansion approved despite the enormous climate emissions it will produce and the huge level of local objection. A new third runway will mean hundreds of homes are demolished, and thousands of lives will be blighted by flights overhead and increased air pollution for those living nearby.

“By abstaining, SNP MPs have stayed silent and this awful proposal has passed despite the clear and repeated warning about its effect on the climate. The SNP has clearly felt the pressure from the thousands of people who have been emailing their MPs, but being a climate leader means taking hard decisions and voting no to destructive projects like the Heathrow runway. You can’t abstain on climate change.

“While better than supporting the project, the SNP’s symbolic abstention has done nothing to challenge this damaging, polluting plan. Heathrow is already the UK’s biggest carbon polluter and we should be finding ways to drastically cut emissions from the aviation sector rather than encouraging them to further drive climate change.

“While new climate legislation has been introduced at Holyrood to increase climate ambition, it’s impossible to see how allowing a further massive expansion of aviation could be compatible with the SNP’s position on climate change.”