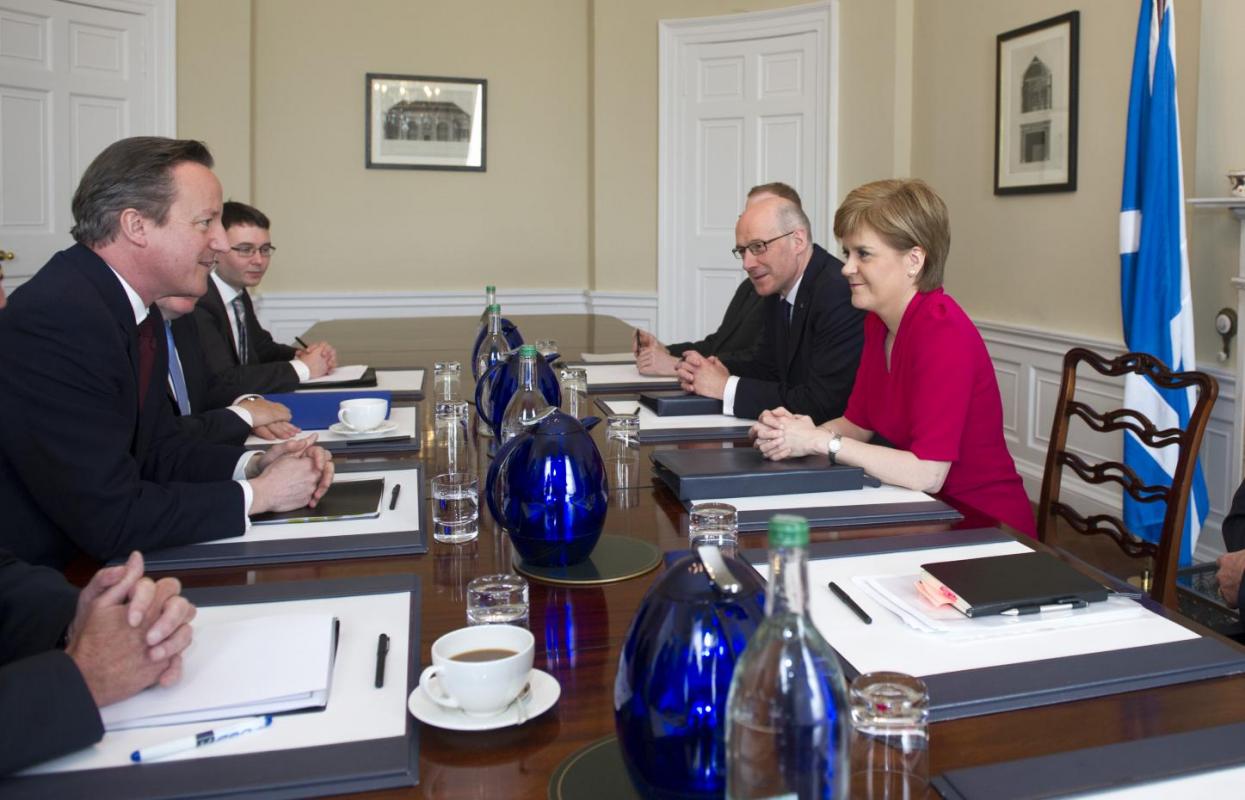 A short timeline of proposals for further powers for Scotland

THE SCOTTISH PARLIAMENT was formed in 1999 following the Scotland Act 1998.

Since then there has been a gradual shift towards further devolution for Scotland, which has followed changes in electoral behaviour.

If you’re a bit lost trying to keep track of all the commissions, acts and staging posts we don’t blame you.

Here is a quick explanation of Scotland’s constitutional journey over the past eight years, as debate is set to begin on another Scotland Act.

1) 2007 elections and the Calman Commission

The SNP snuck into government by a single seat in 2007 and launched a ‘National Conversation’ on further devolution and independence.

In response the unionist parties formed a commission led by Professor Kenneth Calman.

The commission, after much splitting of hairs, proposed slightly more tax and borrowing powers for the Scottish Parliament. The main framework of devolution would largely remain in place.

Four years later, however, the SNP achieved its first electoral landslide. With a majority of seats in the Scottish Parliament a referendum on independence was inevitable.

A greater appetite and pressure for constitutional reform made the Calman Commission a rather damp squib.

Quickly figures in the Liberal Democrats, followed by the other unionist parties, said they had to go further than the commission before its ink was dry.

While the commission became the Scotland Act 2012, it was overrun by events before its reforms were even introduced.

3) The impact of the independence referendum

The Scottish Government announced that a vote on full independence for Scotland would be held on 18 September 2014.

In response, the unionist parties held rival party commissions to decide how to devolve greater powers to Scotland.

As the vote approached and support for independence increased, political leaders and media voices talked up the prospect of ‘Home Rule’. The major party leaders even made a solemn vow to deliver greater powers for Scotland on the eve of the vote.

While independence was defeated by 55 per cent to 45 per cent, the debate opened up further demands for greater devolution.

4) The Smith Commission and the Scotland Act 2015

After the referendum another cross-party commission, this time led by Robert Smith, considered further devolution again.

Campaign organisations such as the Poverty Alliance, the Scottish Trades Union Congress, Citizen’s Advice Scotland and the Scottish Council for Voluntary Organisations all said the proposals did not go far enough to improve the economy or reduce inequality.

However, the UK Government pushed forward with the plans. Labour and the Conservatives promised a new Scotland Act following the General Election.

5) 2015 elections, even more devolution and an independence referendum?

At the UK General Election 2015 the SNP won 56 of Scotland’s 59 seats, and claimed a mandate for even greater powers for Scotland.

However, with a Tory majority elected in England the group now faces an uphill task to gain further powers for Scotland.

Sturgeon pressed for a new series of powers for Scotland, including corporation tax, the minimum wage and employment legislation.

Cameron promised to consider this, but only after the original Smith Commission proposals have been implemented.

Following the meeting, a SNP source told the Sunday Herald that Sturgeon had warned Cameron that a failure to respond to the electoral changes in Scotland would lead to a second referendum on Scottish independence.

Whatever happens next, the process of devolution in far from settled.