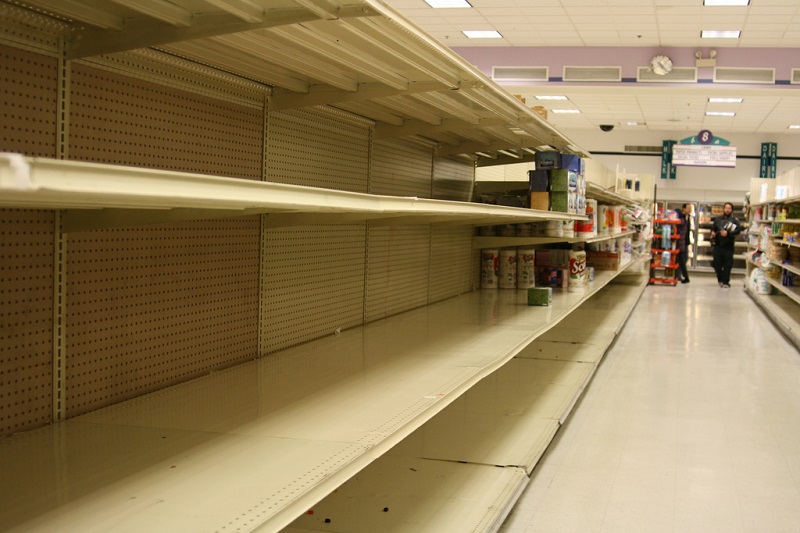 Many online said Mair’s lyrics rivalled those of the Corries’ ‘Flower of Scotland’, which serves as Scotland’s unofficial national anthem and is synonymous with celebrations from sporting wins to bringing in a new year.

Extreme weather dubbed the ‘Beast from the East’ brought much of Scotland to a standstill last week, forcing supermarkets to close or open with reduced stock and ration milk and bread because delivery drivers could not reach the stores.

“When will we see, 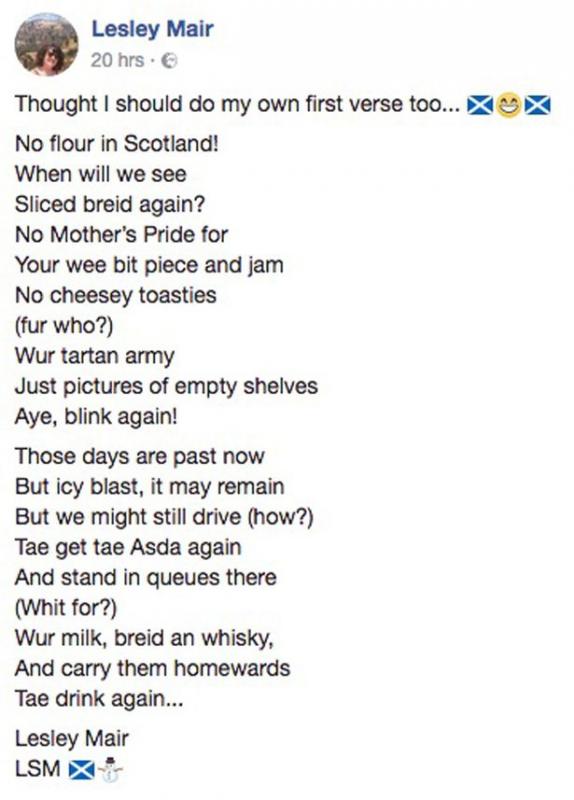 The original post has been shared tens of thousands of times and was celebrated online for making light of the situation.

Mair, who was brought up in Edinburgh, studied music at the Royal Scottish Academy of Music and Drama according to her online profile. After the positive reception her post received she said she was “totally blown away”, adding: “So many of you have sung this out loud and, as everyone who knows me will tell you, nothing makes me happier than people singing!”