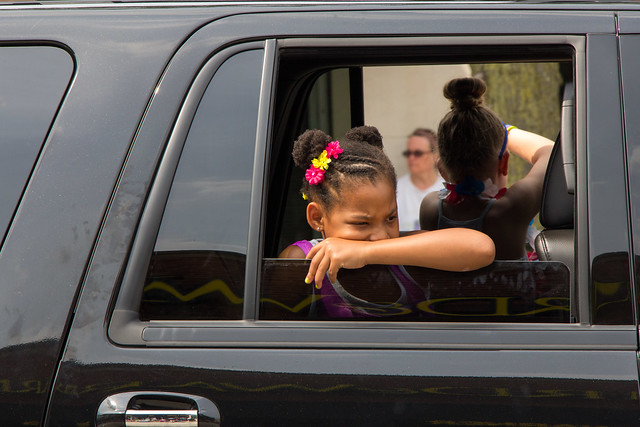 CommonSpace columnist Hilary Long looks at a new report on the unhappiness of children in the UK, and makes the case for a well-being approach to the curriculum where a ‘good’ school is not defined by its exam results

IT HAS been one unforgettable week in British politics with the proroguing of parliament and I joined other citizens in Scotland in George Square to protest and defend democracy. It was wonderful to see a display of intergenerational action against Boris Johnson and the Westminster parliament.

Also this week, The Children’s Society published its annual Good Childhood Report and I was not surprised to read that children in the UK are unhappier today than at any other time in the past decade. More than 200,000 children reported being unhappy with their lives as a whole and three of the reasons given were directly related to the prevailing political situation in relation to poverty, Brexit and climate change. In short our children are becoming increasingly sad and anxious about their present circumstances and what they can expect in the future.

In partnership with the University of York, the Children’s Society surveyed, interviewed and conducted focus groups with about 67,000 young people to examine the state of children’s well-being in the UK. They said that they feel they are not listened to and their interests and concerns are overlooked by politicians and policy makers. Apart from the prevailing political issues that affected them the children also cited school, appearance and friendships as reasons not to be cheerful.

The constant bombardment of our children with images of appearance “perfection” on social media is now affecting boys almost as much as girls and the image of body builders and gym fanatics coupled with media coverage of what it means to be a “real” man (aka “toxic masculinity”) is undermining boy’s confidence in themselves as human beings. One boy said: “You see all these weightlifters, body-builders, and you look at yourself and you’re like ‘I look like a stick’. I feel like we’re exposed to a lot more, so we are less secure about our appearance”.

Levels of happiness with school also dipped significantly from last year’s report. The academic drive for exam passes and University entrance is quite literally driving some young people mad. They also reported significant levels of bullying, too much homework and the problems being poor had in terms of appearance, hygiene, food availability and adequate sleep.

Children and young people reported that they worried about their parents daily struggles to look after them when money was so tight. The main concerns for children were family, health and home. Ironically all the things that should provide safety, security, nurture and love worried children the most.

The report stated: “Children experiencing disadvantages across multiple areas of their lives had lower average well-being than those experiencing more than one disadvantage in one area, suggesting an index spanning different domains may be more effective”.

Lower income families reported lower life satisfaction than wealthier families with 20.1 per cent experiencing “high depression”. The wealth and achievement gap also impacted on children’s satisfaction with their friendships which can be predicated on what you are able to do in terms of activities outside of school.

The report said that many young people feel sidelined and ignored by those in power.  It calls upon the government to introduce a national measurement of children’s well-being so that it is really listening, responding and showing young people that they matter.

Childhood is not stress free and wonderful as portrayed in some story books but surely it should not be about worrying whether you will have enough money in the future. 29 per cent of those surveyed worried that they might not have a job.  Children as young as 10 also worried about broad societal issues including violent crime, the environment and affordable housing.

Recently I wrote an article for CommonSpace about how the government in New Zealand is putting mental health above economic stability and growth. As I have a particular interest in education I think our schools should do the same. We should move away from our obsession with gross domestic product (GDP) and instead focus on general well-being (GWB). I hypothesise that such a move would be good for the economy as well as personal happiness, as happy, healthy people are likely to be more productive and have fewer days off work through stress related illnesses.

READ MORE: Hilary Long: GDP is no match for happiness

So perhaps schools should put mental health before tests and academia and educate children and young people to have a happy and healthy life. As 50 per cent of mental health problems start before the age of 14 at a cost to the economy of an estimated £105 billion a year, this would make sense. The success of a school would be judged against measures of emotional well-being as opposed to exam results and university entrance.

A broad curriculum that focused on skills for life including outdoor activities for physical and mental health and resilience as well as creative pursuits would allow children time and space to develop their own interests and adopt healthy and positive life habits. The school would be based on a strong ethos of responsive care, play, relationships, democratic decision making and love. Schools would work together in an integrated way with other services to ensure that children and young people who required additional help would receive it promptly when needed.

This approach would be the cornerstone of our education system from the age of 3 to 18 with a distinct kindergarten stage for children aged 3-7 where children have many opportunities to play outdoors and find out who they are and develop their social, emotional and personal skills before embarking on more formal learning. Finland and Denmark have educational systems like this, placing happiness and well adjusted citizens who contribute to their society in a positive and responsible way before exam passes. Not all children and young people are academic but within a system like this that valued each person as an individual instead of as economic fodder they would be able to discover what they are good at and follow their passions and talents.

The present education system does not provide equity and equality especially when so many pupils are becoming disengaged from the learning process.  New Zealand has recognised this and is moving in a different direction, away from knowledge based learning towards the arts, technology and vocational qualifications.

READ MORE: Isla Aitken: The waters are rising – and so are the children

Young people have provided a beacon of hope in relation to climate change, for instance through the campaigning group Extinction Rebellion. I’m sure they would support learning for sustainability as part of this movement. So many children and young people are driven to school instead of being able to walk and cycle.

We have a situation where parents make placing requests to “good” schools and even move house to be within a catchment area of a “good” school. The measure of a “good” school is its exam results. No wonder the next generation are so unhappy. The pressure on them is immense and the reasons for unhappiness are varied, but education is a factor – one that with will and determination we can change.

Every school should be a good school in a community where the children live and spend their time. A school that reflects their culture, community and aspirations for the future. Scotland should put children and young people first and foremost in relation to all its policies and the impact they have on young people’s health and well-being. Changes to our education system as I am suggesting should start now in preparation for an independent Scotland that will be depending on the next generation to ensure its success as a nation that puts all of us first.