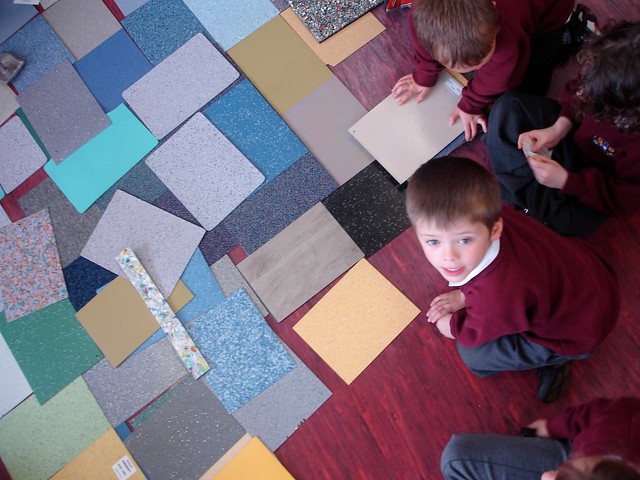 As many four and five year old’s in Scotland start their first day at school, CommonSpace columnist Hilary Long argues that we are rushing them into formal education too early based on antiquated legislation that is long overdue for reform

THIS week small children aged four and five will be entering the door of the “big school”. It’s a day of mixed emotions for children and their families as they transition from the play environment of the nursery into the more formal learning of the primary school.

Some children will have been deferred by parents particularly if their birthday is in January/February and there is a growing trend for August to December birthdays to defer as well. Many parents are unaware that they do not have to send their child to school until they are five, but funding for an extra year of nursery is at the discretion of the local authority.

So when are children “ready” for school? Most European countries have a school start age of six, and six is the most common start date worldwide. Britain has one of the youngest starting ages at four. In Finland, Sweden, Estonia, Bulgaria, Croatia, Lithuania, Latvia and Poland it is seven. Many of these countries currently enjoy higher levels of educational achievement too.

There is no evidence to support “earlier is better” but there is plenty of evidence about what young children of this age do need. An extended period of playful learning is crucial before the introduction of more formal teaching and learning particularly of literacy and numeracy.

The wonderful “Animals at Play” series on BBC 2 showcased just how much young animals love playing and how that play is at the heart of almost everything an animal learns. Young humans are no exception. In hunter gatherer societies play was an adaptation which evolved in early human social groups, enabling humans to become powerful learners and problem solvers. Playful learning for our youngest citizens is much more motivational than instructional learning. It also develops children’s ability to self regulate their emotions and develop higher order thinking skills.

Studies in New Zealand compared children who began formal literacy instruction at age five or age seven and found that there was no difference in reading ability at age 11. But the children who started school later had more positive attitudes to reading and better comprehension ability.

Upstart Scotland has been campaigning for a Kindergarten Stage for children aged 3-7 years with a developmentally appropriate curriculum based on play and relationships. Outdoor play would be a key feature of the rich learning experiences to promote children’s all round health and wellbeing. A holistic, play based approach embraces the belief that that there are many things children need to learn before they begin to read and write such as communication skills, social and emotional skills, empathy and emotional resilience. A seven year old is more likely to successfully embrace the rigours of more formal learning rather than just cope at age four or five.

So across Scotland very small people will be dressing up in their school uniforms and carrying bags almost as big as themselves to start a journey of compliance that will last for 12 years. At the very least a later start would reduce the burden of years to nine! But the important question is: are our children sufficiently emotionally, socially and physically developed to start school? Research from Loughborough University has revealed that many four year olds are not physically ready to start school.

READ MORE: Sue Palmer: Getting education right (or wrong) from the start

The Loughborough study lead Dr Rebecca Duncombe said: “A child’s physical development level impacts their ability to complete simple tasks such as sitting still, holding a pencil, putting on their shoes, and especially reading – all skills essential for school”.

Sedentary lifestyles, less time spent playing outdoors and screen time are all contributory factors but for many children it is simply a matter of requiring more time to develop.

Change in education is very slow. Many primary schools are developing play based learning in P1/2 as teachers recognise the value and effectiveness of this approach. But that won’t be every child’s experience. And of course this cohort of P1s will be subjected to the tests (Scottish National Standardised Assessments).

Scotland is reluctant to look towards more progressive nations such as Finland for educational inspiration. Instead it has a school culture that is increasingly rooted in childhood stress and test prep. This is all intended to reduce the poverty related attainment gap and improve learning whilst at the same time as a nation we face rising levels of childhood mental health disorders such as anxiety and depression.

“The Education Act (1870) that determined the school start age is overdue for a reform. And of course it had more to do with economics and getting women back to work than education. The reform of this antiquated piece of British Empire legislation must be a priority for the new independent nation of Scotland.”

The Education Act (1870) that determined the school start age is overdue for a reform. And of course it had more to do with economics and getting women back to work than education. The reform of this antiquated piece of British Empire legislation must be a priority for the new independent nation of Scotland.

And we should look towards Finland. Finnish parents and teachers widely agree on the mantra: “Let children be children” and “The work of a child is to play”. It is an education culture that protects and cherishes childhood and play and has as its central purpose to educate children to have a happy and healthy life.

Of course I wish all the little children the very best on their first day of school. I just wish that politicians would pause and think about how appropriate this is? What’s the rush?