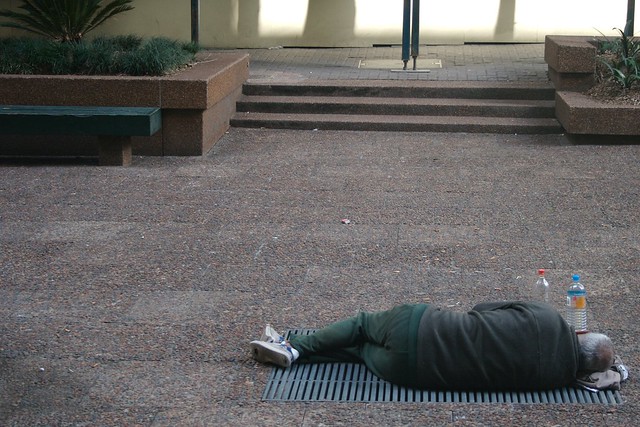 TWO headlines this week should be making our politicians hang their heads in shame.

According to front line support workers surveyed by the charity Buttle UK, more families in Britain are becoming destitute as they descend into extreme poverty. Destitution is defined by the Joseph Rowntree Foundation as having gone without two or more essentials during the past month because of a lack of money.  There has also been an increase in the number of working families unable to afford the basics, the report found.

Buttle UK CEO Joe Howes concluded: “Destitution is a shocking word and should have no place in a country which is the fifth wealthiest in the world”.

Three quarters of staff surveyed found that extreme poverty where families lack permanent accommodation and are routinely unable to afford regular meals, wash clothes or provide basic items such as beds and sheets is becoming more common. Universal Credit and other changes to the welfare system such as the change from Disability Living Allowance to Personal Independence Payment, where the qualification bar is much higher (particularly for people with mental illness), is causing misery and havoc the length and breadth of Britain. The reality for many is a choice between paying rent and buying food, though many families actually struggle to afford either.

The next shameful headline is about the numbers of people in Scotland dying from drug related deaths. 1,187 in 2018 according to official statistics, which is a 27 per cent increase on the previous year. Scotland has the highest rate in the UK and in the EU and Greater Glasgow and Clyde health board had the highest at 394. Whilst the politicians from all parties blame each other for policies that simply have not worked, a new drugs taskforce has been set up by the Scottish Government to examine how best to tackle the issue and save lives.

No matter what proposals are forthcoming (decriminalisation, “fix rooms”, treating drug use as a public health issue, all of which I personally support), unless the first headline of poverty and destitution is tackled then it will be a question of replacing one generation of drug related deaths with another. Drug misuse has many complexities, and as Scotland becomes an ACE (adverse childhood experiences) aware nation and recognises the collateral damage of early childhood trauma and its relationship to addiction there are social and cultural issues to be addressed, but poverty would seem to me to be the greatest ACE of all.

The Buttle survey comes at a time when concern has been raised about increases in relative poverty in recent years – more than  four million children in the UK live below the breadline. The Support Workers who responded identified a cohort of the very poorest families (an estimated 1.5 million people in the UK including 350,000 children) who were quite literally on the verge of destitution. Food insecurity, fuel poverty and the fear of being made homeless are the day to day struggles. According to one respondent often families do not have the bus fare to go to the food bank.

And these are not all families out-of-work. They include families in insecure, zero hours and – to be frank – meaningless employment. They often live in communities blighted by violence in and out of the home. These tragic deaths happen in our most deprived communities.

Jimmy Reid diagnosed the problems of Scotland in the 1960s as alienation of the working class.  On his installation as Rector of Glasgow University, he described this as “the cry of men who feel themselves the victims of blind economic forces beyond their control…the feeling of despair and hopelessness that pervades people who feel, with justification, they have no say in shaping their own destinies”.

Having a sense of control of your life is key to wellbeing. The social and economic policies of our current governments are eroding self esteem and the feeling that you have control over your own destiny.

David Liddell, Chief Executive of the Scottish Drugs Forum, hit on a similar thought yesterday, when he said: “The latest drug deaths statistics again suggest that Scotland’s sense of itself as inclusive may be a dangerous self-delusion”.

The press have portrayed Scotland as a drug addicted nation. That is a portrait that Westminster loves. There has been no mention of poverty and austerity on the mainstream media in relation to these “deaths of despair”. We cannot rely on our politicians to solve this crisis. And we cannot rely on the middle classes who identify the causes of drug addiction from the privilege of an armchair. This is a national emergency but it won’t be solved by appealing to Westminster to devolve drug laws. No point in asking the perpetrator to make amends. We urgently need an independent Scotland that can decide how best to serve the needs of its citizens.

Oh and by the way if you think this public health emergency is nothing to do with you because you’ve not been affected by it – you are officially privileged.