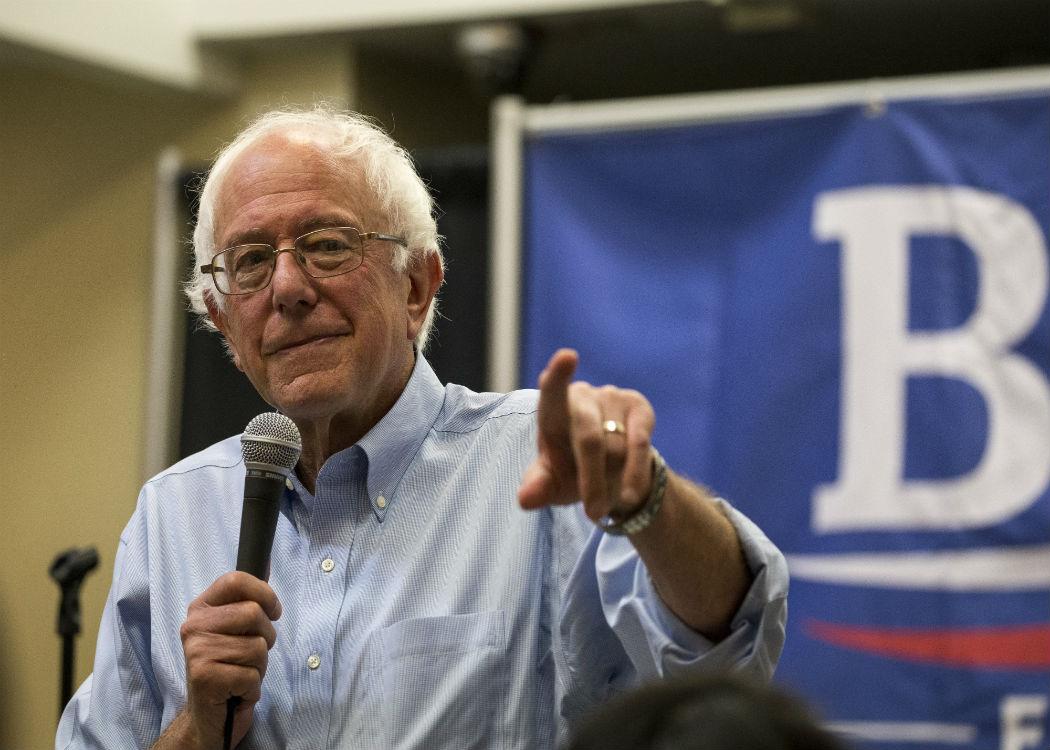 LEFTIST Democratic presidential hopeful Bernie Sanders has forced his rival Hillary Clinton into a near tie in the Iowa caucuses.

The distance between Clinton and Sanders is razor thin, with Sanders on 45.5 per cent and Clinton on 49.9 per cent. Though a victory for Clinton, the vote represents a far better performance for the “democratic socialist” Senator from Vermont than had been expected.

Sanders has attracted huge rallies to hear his populist left wing message, which focuses on inequality, wealth redistribution and corporate influence in politics.

Former secretary of state Clinton’s huge initial lead over Sanders has been shrinking for months, with her campaign in the centre ground of Democratic party politics inspiring little momentum. She still leads Sanders by around 14 per cent nationally, but trails Sanders for the next crucial test in New Hampshire where he leads by 61 per cent to 30 per cent.

Quoted on the BBC , Sanders said: “I think the people of Iowa have sent a very profound message to the political establishment, to the economic establishment and, by the way, to the media establishment.

“And that is, given the enormous crisis facing our country, it is just too late for establishment politics and establishment economics.”

Clinton has outspent all other presidential candidates in the race, having received millions of dollars from the infamous corporate ‘Super PACs’ who now have unlimited campaign expenditure for candidates. Sanders, in contrast, has rejected all campaign donations from corporate sources in favour of a mass, small donations drive. He has been heavily outspent by Clinton.

The Iowa caucus is famed for its position as the starting point in the long, drawn-out and expensive U.S presidential election cycle. It has been been the first state to vote in the nominations race since 1972.

The election has seen voices of the political centre eclipsed with the republican nomination now essentially contested between two hard right conservatives, Ted Cruz and Donald Trump and Clinton in danger of being overtaken by Sanders for the Democratic nomination.

The US Presidential Election will take place on November 8 2016.