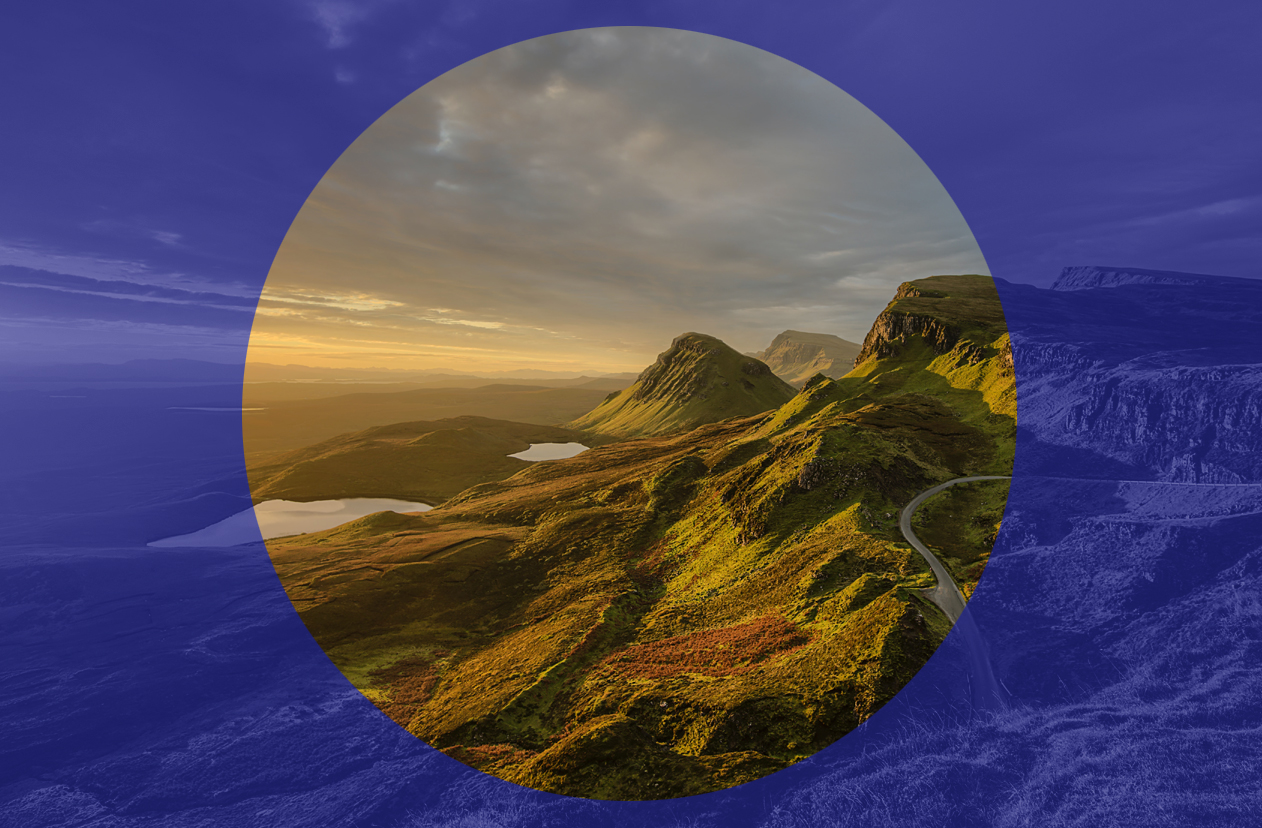 “We have huge hopes for the future, but also great fear. Can Scotland develop the confidence and leadership skills to seize these opportunities? We think so, but it needs a huge change in outlook.”

Hillary Sillitto, author of Scotland 2070 along with Dorothy Godden and Ian Godden, explains how their new book – examining a long-term future for Scotland based on its natural resources – came to be.

IAN phoned me out of the blue 18 months ago. “We want to write a book about Scotland’s future. Will you help?”

Ian and I were in the same year at school, and our paths had crossed a few times professionally and at school reunions. Why me? Apparently I was the only person who’d responded to a challenging email he sent to school contemporaries in 2014.

We were annoyed at the poor quality and short term perspective of Scotland’s political debate. No-one seemed to have an ambition for Scotland other than “we just need independence, then everything will be wonderful,” “we have to stay with Britain in spite of Brexit because we’re too wee, too poor, and too stupid to stand alone,” or “federalism is the one thing we haven’t tried and it’s bound to work better.” Lots of talk about a better fairer society – none about where the wealth was going to come from to pay for it.

Our scope was ambitious. We analysed the advantages and disadvantages of the different constitutional options. We expounded on the need for decent and secure jobs to combat poverty and affordable homes to tackle homelessness. Wealth and wellbeing are not either-or – they depend on each other.

We identified six major future trends which we felt offered Scotland the prospect of long term economic success. We discussed the leadership and financial changes needed to make our vision a reality. Then we contacted agents and publishers. No takers. Plan C became Plan A. We would publish through College Publications, the low-overhead print-on-demand academic publisher who had printed my previous book, on Systems Engineering.

Then came the December 2019 General Election. An hour was now a long time in politics. We could not rewrite fast enough to keep up with the changes in the political scene. People who reviewed our drafts told us that however even-handed we thought we had been, our discussion of the politics got in the way of our main argument. As we contemplated changes to the book’s structure, the UK left the EU and the Covid virus arrived. It was clear that life would not be the same.

Whatever happened in politics, the six key long term opportunities we’d identified – the melting of the Arctic sea-ice, the opportunity to increase woodland cover from 18 per cent to 60 per cent by 2060, the transition to renewables funded by the last of the oil revenue, building on Scotland’s excellence in health care and life sciences, revitalising our engineering and tech-based industries, investing in fintech and rethinking our infrastructure and connectivity for the 21st Century – remained secure. Indeed, the more we worked on them, the better they looked.

Between March and July 2020 we re-wrote for the nth time, had serious rows over the healthcare chapter (try getting an ex-nurse, an old-fashioned Tory and a moderate left-winger to agree priorities in that contentious area), and consolidated our thoughts on reforesting and renewables with help from Reforesting Scotland, a Green councillor, and a family of landowners. Look for the common ground and you find there is plenty.

Our own backgrounds let us speak authoritatively on science, engineering, energy, defence, aerospace, business, and high-tech. The wood theme started to take over the infrastructure chapter as we learnt more about 21st century structural timber technology. Our ideas, developed independently, aligned surprisingly closely with some of those of that controversial think tank Common Weal. Disturbingly, they seemed to be the only other people thinking on a similar scale and similarly long term.

The one issue was final polishing of the text. Ian is a Regent of Edinburgh University,  and sponsored some short term help from students and young academic staff. We found ourselves with a team drawn from Scotland (with Irish connection), England, and Italy. Sarah set us up on social media. Cameron set up our website. Francesca did detailed editing. Together they helped us come up with a brilliant cover design, and, after many iterations, the ‘blurb’. Two qualified professionals known to the authors provided creative images to portray the main messages in the text.

One of the key features of the book is that we use stories, either based on our own experiences and conversations, or fictional, to add variety to the book and present the key points in an accessible way – ‘use stories to smuggle facts into the narrative,’ as Nesrine Malik said at the 2019 Edinburgh book festival. Most chapters consist of carefully researched factual content, book-ended with stories. In a homage to Dad’s Army, the book starts with Private Fraser’s immortal words ‘we’re doomed’ – and then shows why we’re not. We were mightily relieved when our stories (mostly) survived the stern scrutiny of a creative writing academic.

So there we are. After eighteen months of work, through a period of political and social turmoil, we offer a positive vision for Scotland’s future. Independent of politics, independent of political leanings, these opportunities are there for us should we choose to take them. For the sake of our children and grandchildren, it’s terribly important we do make that choice. We have huge hopes for the future, but also great fear. Can Scotland develop the confidence and leadership skills to seize these opportunities? We think so, but it needs a huge change in outlook. If we were to write another book that’s what it would be about.

We are appalled at the level of the current political debate and depressed at the waste of opportunity, exemplified by the Bi-Fab fiasco. Scots who want to develop serious leadership skills have to do that abroad. Commercial and Industrial policy in Scotland is weak. The Scottish Tories’ only policy in the last election was ‘Say NO.’ The SNP give the impression of not understanding business or effective industrial policy, being seduced by the lure of speculative inward investment instead of committing to the hard grind of developing our own indigenous 21st Century supply chains. The cities fight each other in a zero sum game to attract funding and investment, instead of combining their strengths to make all of Scotland prosper. Most of our construction and agriculture is stuck in 20th century paradigms – the pioneers in Passive Houses and regenerative agriculture remain lonely pioneers. Wind turbines are made in France and Indonesia, while yards in Fife, Campbelltown and Stornoway sit idle. The chaotic agricultural payments software system was developed in India to save a few pounds, putting hundreds of Scottish developers out of work and repeatedly failing to deliver the results.

Come on Scotland, get a grip. We can do this together. As Edison said, ‘Opportunity is missed by most people because it comes dressed in overalls and looks like work.’ Well, let’s get to work.

The book is now available on Amazon, and we hope to offer it through local independent bookshops. For more information see https://Scotland2070.org .