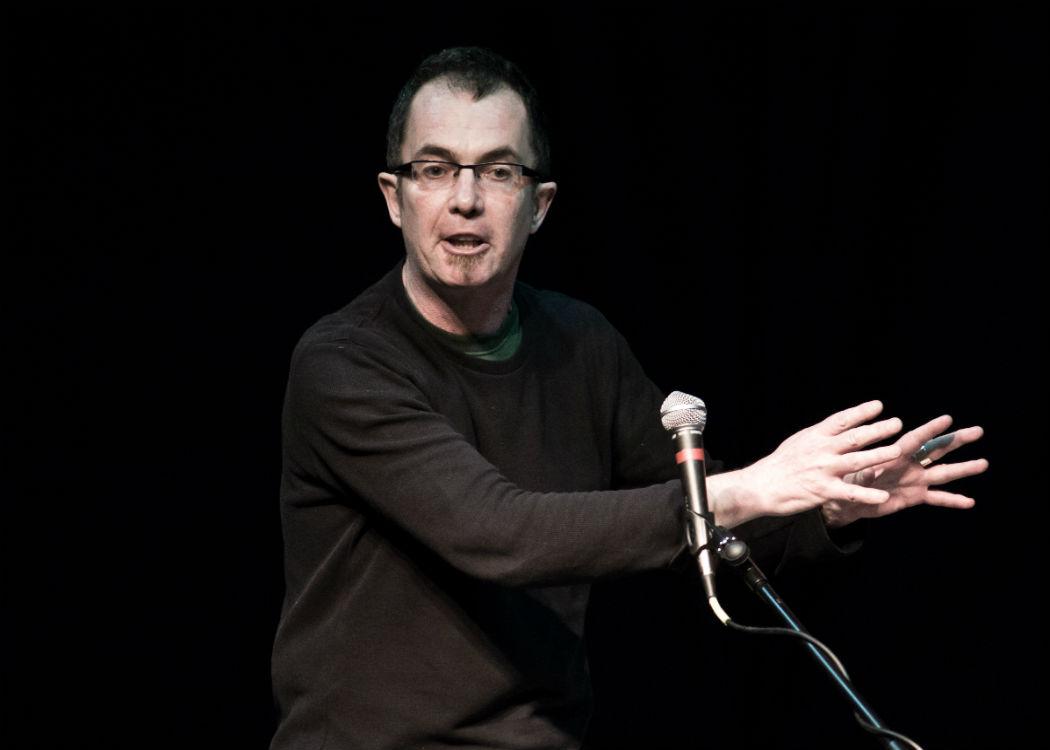 SCOTTISH HISTORIAN Chris Bambery has hit out at the failure of successive Scottish Governments to tackle the vestiges of religious and social bigotry in Scotland.

Speaking to CommonSpace following a lecture he gave on the subject of Calvinism in Scotland to the Scottish Secular Society (SSS), the author of ‘A People’s History of Scotland’ provided a list of areas where he felt that Scotland’s history of religious fundamentalism still exerted an undue influence.

Calvinism is a major school of Protestant Christianity that emerged following the Reformation. It gained a mass following in Scotland in the sixteenth century, and was characterised by a fundamentalist reading of the Bible.

He said: “The Tie petition was thrown out, Glasgow is one of the few cities in the world that has no St Patrick’s Day celebration. We still have Orange marches all the time in the city. There’s a fuss when North Lanarkshire council decides to fly the Tricolour in remembrance of the Easter Rising. Teenagers are being arrested at football matches for singing Fields of Athenry.”

“There’s a cowardice in the Scottish political elite – they are afraid of a shadow. Scotland has actually moved forward a lot,” he added.

Although the lecture to the SSS in Glasgow was originally billed as a discussion of the controversy generated around an article written by Bambery on the nature of the Calvinist religious movement in Scotland, the Edinburgh born historian used the lecture to launch an attack on ongoing bigotry that he claimed was an influence of the ultra-conservative school of Protestantism.

The Time for Inclusive Education (Tie) campaign’s petition carrying testimony of homophobic abuse suffered by LGBT school students and calling for an education that was inclusive of people with minority sexual and gendered identities was closed by the Scottish Parliament petitions committee on a technicality. The only group to condemn the petition was a schism of the Church of Scotland – the conservative Free Church of Scotland.

“Scotland needs to investigate and remember the role it played in Ireland. Anti-Irish-Catholic sectarianism has had a toxic effect on Scotland.” Chris Bambery

North Lanarkshire Council’s decision to fly the flag of the Irish republic was reversed after threats of retribution from British nationalists groups .

The Offensive Behaviour at Football Act , put in place by the Scottish Government allegedly to crack down on sectarianism at football games has led to the arrest of young football fans for the singing of republican songs and a deterioration in the relationship between football fans and the police.

Bambery argued that Scotland had changed considerably in recent decades, and that these changes meant Scottish politicians shouldn’t be afraid to push against a legacy of “anti-Irish bigotry, misogyny and homophobia”.

He said: “Scotland needs to investigate and remember the role it played in Ireland. Anti-Irish-Catholic sectarianism has had a toxic effect on Scotland. Things have got better in the last couple of decades but we aren’t free of it.”

“I still remember from my childhood the swings being chained up on a Saturday night so children couldn’t use them on the Sabbath. I remember the first cinema showings on a Sunday in Edinburgh in the 60’s – we are talking that recent. Protestant Action councillors were elected in Edinburgh in the 1930’s and there were even an anti-Catholic pogroms.”

He said in particular that the Church of Scotland had transformed since the second world war into a relatively liberal institution, but that it should be remembered that it was “viciously anti-Catholic” in the inter-war years.

Bambery also argued that Scotland should remember the Easter Rising of 1916 , and the contribution of Scots to the insurrection , that still remains largely obscure.

“Scotland should be remembering 1916 because one of its greatest sons, James Connolly, was a leader of that rising. Margaret Skinnider from Coatbridge also fought with the Citizens Army,” he said.

The Easter Rising began on April 26 1916. It’s centenary will represent the climax of a year of commemoration by the Irish Government.