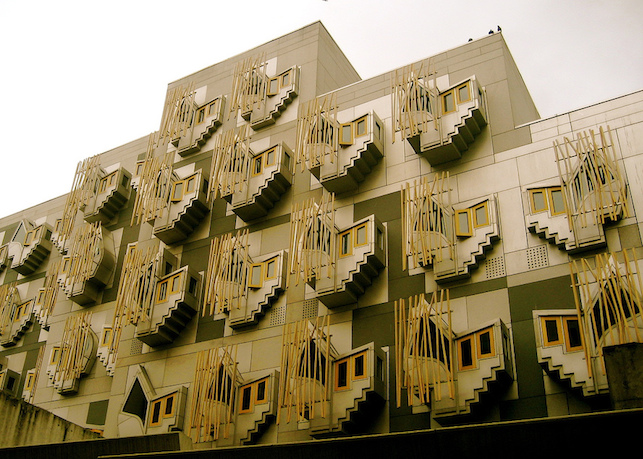 Calls for reform of selection process for senior committee roles

THE SCOTTISH PARLIAMENT has selected two all-male committees to oversee its business during its fifth term.

The Scottish Parliament Corporate Body and Business Bureau, which are influential in setting the parliament’s agenda and work programme, contain one member for each main party and are chaired by the presiding officer.

Following the election, each party proposed a male member for each committee meaning no women will be represented in the important parliamentary bodies.

The gender imbalance in the Scottish Parliament – on which there was no overall progress during the election – has frustrated campaign groups and led to calls for a review of the selection process.

With Presiding Officer, SPCB and Business Bureau – the parliament is run 100% by men: pic.twitter.com/CUU8Cb5gv6

Andy Wightman MSP, Scottish Green Party nominee to the corporate body, explained that: “Nominations are tabled not knowing who other nominations are. Change [is] always possible & this is an issue I will seek to address.”

Wightman added that the Scotland Act 2016 devolves competence over Scottish Parliament governance, presenting an opportunity to reform how committees like the bureau and corporate body are appointed.

The all-male selections coincide with the controversy at Muirfield golf course near Edinburgh, which narrowly voted to maintain a ‘no-women’ membership policy.

Is it possible all this fuss about men-only private clubs is to distract us from men-only Corporate Body running Scottish Parliament?

The Scottish Parliament cannot host the next Open after electing a men only Corporate Body!

The 2016 election saw hopes of more women in the parliament extinguished. An increase in the number of SNP women MSPs was offset by an increase in Tory MSPs – a party which has over 80 per cent men in its parliamentary team.

The Scottish Greens, despite efforts to balance its candidates list, returned five men and only one women MSP. All five Liberal MSPs are men. Both parties have committed to reviewing their policies ahead of future elections.

Gender imbalance in the parliament remains as it was in 2011. Only 35 per cent of MSPs are women.