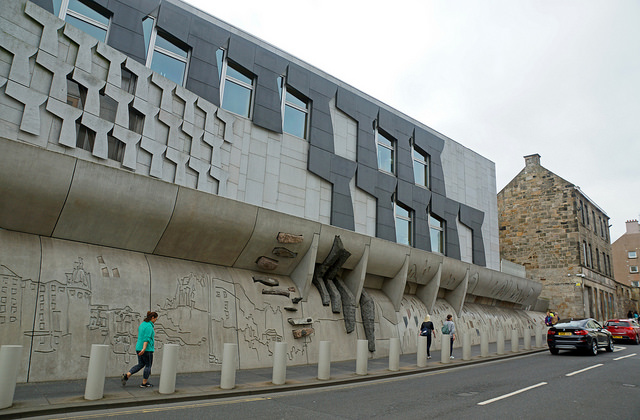 Whose idea was this ‘Monday’ nonsense?

AS PREVIOUSLY established, Mondays are quiet at Holyrood, its enviable three-day-week allowing the Scottish public a little extra respite from the breathless excitement our nation’s parliament typically provides.

So, with little going on other than visits from St Thomas of Aquin’s High School and Dunbar Primary, CommonSpace takes a look at the week ahead and gets you up to speed for the big events on the parliamentary schedule.

On Tuesday, First Minister Nicola Sturgeon will lead a debate marking the centenary of women’s suffrage. In addition to welcoming the nationwide celebrations and commemorations of the Representation of the People Act 1918 and paying tribute to the suffragists and suffragettes who secured it, the debate will provide attention to the many organisations working for women’s equality in the modern age.

On Wednesday, parliament will further debate the Scottish Government’s efforts to stem the effect of single-use plastics, following its move to ban plastic cotton buds in January as part of a wider effort to prevent marine litter, before turning its attention to plastic straws. Secretary for Environment, Climate Change and Land Reform Roseanna Cunningham recently committed to an EU target to ensure all plastics in Scotland are either reusable or recyclable by 2030, which will no doubt inform the discussion.

The future for Scotland’s islands

On Thursday, Green MSP Andy Wightman will pursue his ongoing Homes First campaign by pressing the Scottish Government at General Questions over what it is doing to regulate the commercial short-term letting of domestic flats. Meanwhile, the Island (Scotland) Bill, the first step towards a national plan for Scotland’s islands that would include a comprehensive provision for their electoral representation, will be debated ahead of achieving the first stage of becoming law.

Speaking out on arts and activism

Also on Thursday, Scottish Green co-convener Patrick Harvie will host an event by LGBT arts and activism collective Outspoken Arts Scotland, which – given recent controversial cuts to Scottish arts organisations focused on diversity and representation – will no doubt a lively affair.