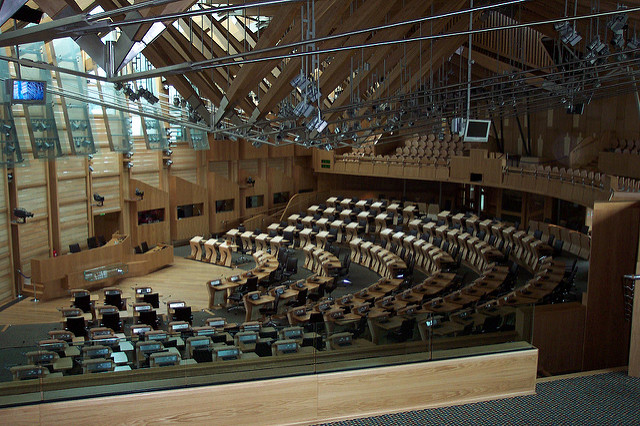 FRIDAY, in addition to being the regular end-of-week recess when MSPs return to their home-turf to pursue constituency commitments, probably has most of Holyrood’s usual occupants demob-happy (at, the very least, demob-collapse into bed for 24 hours), as the Scottish Parliament will be in recess for all of next week.

Yes, from 10-18 February, the august chambers of our national legislature be stilled, haunted only by the wailing spirits of un-passed bills, cursed to forever try and escape Stage 1.

Silence will reign and the hallways shall be emptied, although legend says, if you delve deeply enough into the parliamentary labyrinth, unwary explorers may discover a wild-eyed, long-bearded figure dressed in rags – a reporter who went looking for decent mobile reception sometime in the late 2000s and never returned.

Given that there is a limit to what even your dedicated correspondents at CommonSpace can spin into a few hundred words, Holyrood Highlights will temporarily adjourn during the parliamentary recess. Until then, let’s see what Friday has in store.

Look, this wasn’t my idea.

St Andrew’s Primary School and ESMS Junior School will both be visiting Holyrood today. Unfortunately, I’ve used up all my jokes about schoolchildren in parliament already, so unless they’d like to re-enact the final scene of ‘If…’, I’ve got nothing.

Holyrood Highlights will return in ‘File Another Day’.