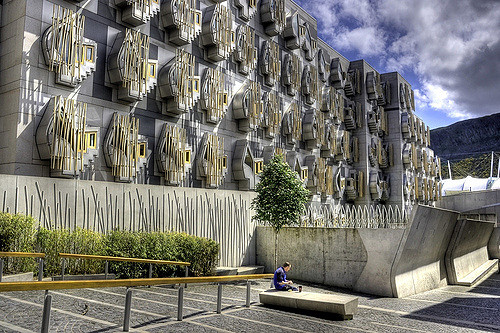 Yes, now that Snowmageddon is an increasingly soggy memory, MSPs can once again enter Holyrood relatively safe in the knowledge that they’ll be able to get out again at day’s end. With nothing on for Monday, let’s take a look ahead at the coming week in the national legislature.

Tuesday will see a no doubt thrilling Scottish Government debate on the Local Government Finance (Scotland) Order, which will determine the amount of revenue support grants allotted to Scottish local authorities, as well as the distribution of non-domestic rate income for this year.

Sticking with that theme, on Wednesday Holyrood will vote on a financial resolution – a means of giving extra control to the Scottish Government over legislation with particular financial implications – for the Continuity Bill, the Scottish Government’s recently declared emergency legislation intended to sidestep Westminster and protect the devolution of returning EU powers.

Finally, Thursday’s General Questions will focus on deprivation and its consequences, with SNP MSP Clare Adamson asking what consideration the Scottish Government will give to recommendations from the Scottish Poverty and Inequality Commission on tackling child poverty, while Conservative MSP Graham Simpson will be asking the Scottish Government how it ensures that homeless people spend as little time as possible in temporary accommodation.

Surely, by the end of all that, there will be some consensus as to whether or not the Continuity Bill is legal and, more importantly, if anyone cares.

Throughout the week, Conservative MSP Margaret Mitchell will host a three-day  reception for the Scottish Society for the Prevention of Cruelty to Animals, which runs the largest free outreach education programme in Scotland, speaking to over 300,000 schoolchildren in Scotland over 2016 about the work they do rescuing, rehabilitating and rehoming animals in need each year.