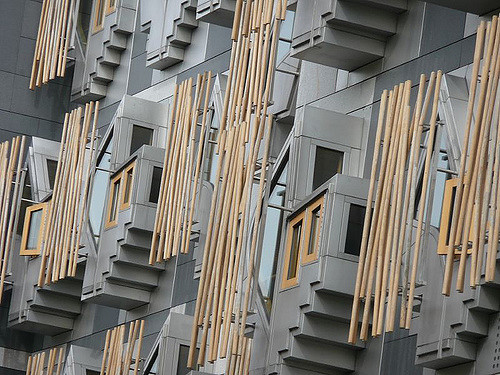 Gaze into the unfathomable future of the next seven days

WITH EDINBURGH still suffering a minor relapse in Spring snow – not so much a Beast from the East as a small hamster from Leith – it’s probably for the best that Holyrood is enjoying its usual Monday recess.

Yet as always, your tireless correspondents at CommonSpace are here to give you all the previews and updates on parliamentary business for the coming week. Now, read on…

Tuesday will see the Forestry and Land Management Bill reach Stage 3 after extensive scrutiny in committee, as well as Private Members’ Business from Conservative MSP Peter Chapman commemorating the Ukrainian Holodomor, the famine which afflicted the Ukraine during the wider Soviet famine of 1932-33.

Chapman’s motion will argue that this “was a deliberate man-made famine designed by Joseph Stalin’s Soviet regime to crush Ukrainian nationalism and the Ukrainian peasantry, whom he viewed as a threat”.

On Wednesday, the Scottish Government’s controversial Continuity Bill – after a few weeks that have felt like years – will reach the final stage of the legislative process.

However, before the light at the end of the tunnel can be reached, the Scottish Tories, having saved their crowning wrecking amendment for last, will seek to attach what Scottish Labour have already described as a “jaw-droppingly shameless” attack on devolution: a commitment from Scottish ministers not to “impede or obstruct the operation of the United Kingdom domestic market as it operated” before the imposition of Brexit.

Since it is unlikely to secure the support of either Labour or the SNP, the Tories will hopefully enjoy talking about it, since that’s all they’ll achieve.

Finally on Thursday, the Scottish Government will host a debate on building greater fairness in the workplace, while Labour MSP Johann Lamont will highlight Down’s Syndrome Awareness Week.

On Tuesday, the implications of Scotland leaving the EU will once again be assessed beyond the terms of the Continuity Bill, with the health and sport committee examining Brexit’s impact on social care, and the environment, climate change and land reform committee returning to the detrimental consequences of Brexit for Scotland’s environment.

Wednesday will see finance secretary Derek Mackay join the finance and constitution committee to witness the committee’s amendment recommendations for the successfully passed Scottish budget be approved, while on Thursday, the equalities and human rights committee will look ahead to forthcoming legislation for the coming months.

On Wednesday, MSPs will attend a cross-party group meeting on the issue of chronic pain. Information on whether said MSPs will be identified as the cause of such was not available at the time of publication.

Later in the week, Scottish Green co-convener Patrick Harvie will welcome Birds of Paradise, Scotland’s only disability-led theatre company, to celebrate their 25th anniversary. Given recent controversies regarding the lack of government support for certain sections of Scottish theatre – and Bird of Paradise’s loss of regular Creative Scotland funding – discussion will no doubt be lively.