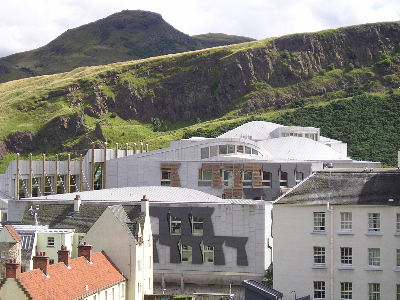 WITH PARLIAMENT in its usual standby mode today, CommonSpace takes a look back at those developments of the past week that were beyond our awesome precognitive powers and gets you caught up on anything you might have missed.

Thursday’s Scottish Parliament debate on Scottish migration policy and population needs resulted in cross-party support for a bespoke Scottish migration system. In part, this is due to the fact that without migration, Scotland’s population will be reduced to roughly six folk and a small cat by the middle of this century.

This development will no doubt be greeted with the same calm, measured response always elicited by calls for differentiation between Scottish and UK policy, as well as any governmental approach to immigration not written in rough-draft by the Daily Mail.

Following evidence given to the culture committee by representatives of Creative Scotland, Green MSP Ross Greer completely failed to get into the spirit of things, instead making evidence-based observations about the difficulties faced by Scottish arts organisations in recent years.

Criticising “serious internal communications breakdown” within Creative Scotland and the bureaucracy faced by those submitting funding bids, Greer mysteriously did not accuse the Scottish Government of attempting to re-apply Soviet arts policy as a means of national brainwashing, unlike many serious pundits who have been concerned with the Scottish arts for as long as two or even three months. As further proof of his lunacy, he didn’t even quote James MacMillan.

During today’s parliamentary recess, MSPs will be visiting Coldstream Primary School. As is usual in such circumstances, the pupils of Coldstream have our sympathies.