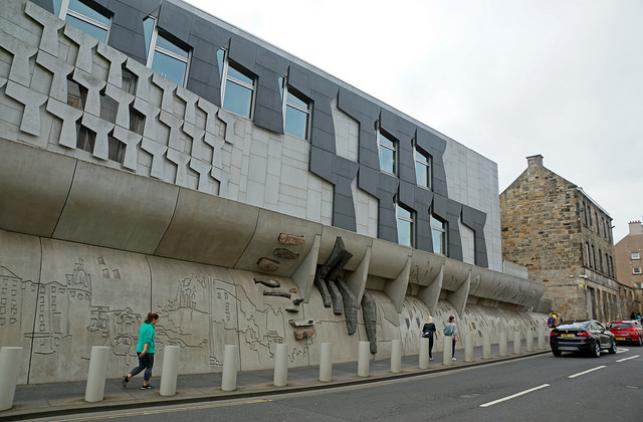 THE CONTRAST between last week and this morning could not be more vivid for those heading into parliament today.

During the depths of Snowmageddon, some parliamentarians were given serious consideration to commuting by woolly mammoth. Now, there is – if not warmth – then at least some sunshine, which always makes Edinburgh suspicious.

In such deceptively cheerful surroundings, let’s see what parliament has in store for us today.

Once the party leader bunfight that swallows its first third is taken care of, the remainder of First Minister’s Questions looks like it will be dominated by matters of policing, some of which might actually be of interest to the public.

Liberal Democrat MSP Liam McArthur, a little late to the party, may still be quizzing the Scottish Government where they have been thoroughly quizzed before on the Scottish Police Authority following a number of scandals and embarrassments; however, Labour MSP Anas Sarwar will be asking the First Minister what the Scottish Government’s response is to figures showing that black and Asian people in Scotland are more likely to be stopped and searched.

Later in the day, parliament will host one of those debates in which everyone agrees with each other, as the chamber unites to reaffirm its commitment to protecting the “fundamental human rights” of women and girls on International Women’s Day.

In the culture, tourism, Europe and external relations committee, representatives of Scotland’s filmmaking community and creative industries will give evidence on Scotland’s screen sector, and likely come to the conclusion that it would be nice to have one.

Meanwhile, the standards, procedures and public appointments committee will continue its inquiry into sexual harassment and inappropriate conduct, a particularly pertinent topic given the recent resignation from the SNP (but not, noticeably, as an MSP) of Mark McDonald.

In a further celebration of International Women’s Day, MSPs will join Christian Aid and Side by Side Scotland at the opening of the ‘Faith in Gender Justice’ exhibition, showcasing inspirational women from around the world who are working to build gender justice.

The Universities and Colleges Union (UCU) will also hold a rally outside parliament this afternoon as part of their ongoing pensions dispute, you can find out all you need to know about the dispute here.