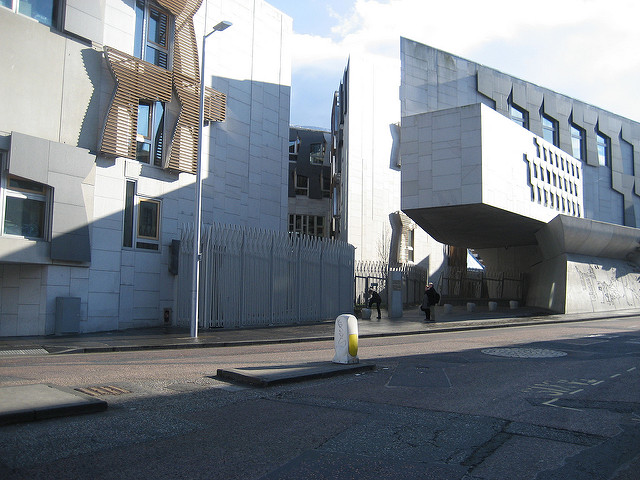 IT MAY SEEM like any other day in Holyrood, but judging by some of the hysterical rhetoric employed by Conservative MSPs during last night’s vote on the Continuity Bill, the Scottish Parliament has crossed the Rubicon into criminality.

In light of the Tories’ heartfelt (and in no way sensationalist) concerns over the possible illegality of the Scottish Government’s emergency alternative Brexit legislation, Scotland may now have an outlaw legislature. Soon, Holyrood’s delightful modernist architecture will fly the Jolly Roger, and Nicola Sturgeon will start taking fashion tips from the late Colonel Gaddafi. Lots to look forward to, then.

Unfortunately, the Scottish Parliament has not descended into Caligulan pandemonium just yet, so while we wait, here’s everything transpiring this Thursday.

After First Minister’s Questions, Johann Lamont will bring Member’s Business to the chamber in recognition of Down’s Syndrome Awareness Week, bringing particular focus to Down’s Syndrome Scotland, which is set to mark the occasion with a fundraising concert in Glasgow. Also, parliament will note that a number of young people with the condition are set to be commissioners and hosts for the forthcoming World Down Syndrome Congress, also to be held in Glasgow in July 2018.

Following ministerial update on major infrastructure projects, there will be a Scottish Government debate on fairness in the workplace. The debate will seek parliament’s recognition that fair work is central to achieving inclusive growth, commendation of all employers that provide respect, security, fulfilment and an effective voice for their workforce, note the vital role of trade unions in achieving this and condemn all those who seek to exploit workers.

The public audit and post-legislative scrutiny committee will be hearing evidence from a number of experts on the efficacy – or lack thereof – of Scotland’s legislation on Freedom of Information (detailed in CommonSpace here). Meanwhile, the social security committee will be assessing the application of Council Tax Reduction, with evidence contributed by Robin Haynes, head of Council Tax for the Scottish Government.

This evening, hosted by Scottish Green co-convener Patrick Harvie, the Scottish Parliament will host the Birds of Paradise Theatre Company, Scotland’s only disability-led theatre company, as it celebrates its 25th anniversary.