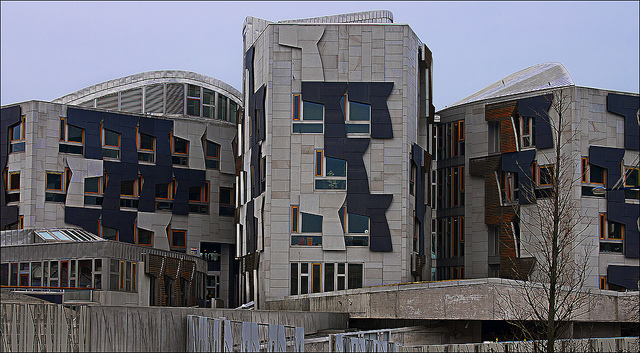 THURSDAY is the last fully active day of parliamentary business before Holyrood goes into Easter recess until 15 April, out of deep respect for the magical power of chocolate eggs.

Yet the anticipation of a break doesn’t mean there’s any less going on. Holyrood Highlights will be suspended for the duration of the recess, so let’s round it up one last time…

First Minister Question’s will feature questions from Anas Sarwar on what the Scottish Government is doing to reassure and protect communities from the already-infamous ‘punish a Muslim’ campaign.

Meanwhile, Christine Grahame will be seeking clarification on the government’s position on food banks, and given that it is now one year until the UK is scheduled the leave the EU, Ivan McKee will ask the first minister what progress has been made on negotiations regarding devolved powers (it’s possible this will be a short answer).

Following a ministerial statement on the Scottish Government’s efforts to tackle child poverty, a Scottish Government debate will be held, with culture secretary Fiona Hyslop advocating that the UK Government ratify the Convention for the Safeguarding of Intangible Cultural Heritage, adopted by UNESCO in 2003. Conservative MSP Rachael Hamilton will propose an amendment to soften the language and give the UK Government a break, which will no doubt go down well.

After the opening debate on the Housing (Amendment) Scotland Bill, transport minister Humza Yousaf will present a legislative consent motion on the Laser Misuse (Vehicles) Bill, which still isn’t as fun as it sounds and does not, contrary to this reporter’s fervent hopes, involve terrifying sci-fi weaponry, but instead seeks to discourage anyone who thinks it’s a good idea to target aircraft with beams of focused light.

Representatives from such organisations as ENABLE Scotland, the Govanhill Housing Association and Midlothian and North Ayrshire Council will be giving evidence during the social security committee’s consideration of Scottish Government plans for a new social security tribunal.

Elsewhere, the culture, tourism, Europe and external relations committee will continue its ongoing deep-dive into the potentials of a Scottish screen sector, hearing from various industry figures on the most effective way of building a Scottish film industry that hopefully doesn’t involve letting a bunch of Avengers blow up bits of the nation’s capital.

MSPs are today encouraged to use the upcoming recess as an opportunity to support Brain Tumour Awareness Month and making sure the public has sufficient information regarding the biggest cancer killer of children and adults under 40 in the UK.

The Horticulture Trades Association will also be briefing MSPs on the plans of the Scottish horticulture industry to improve lives through the development of green spaces and the improvement of green infrastructure in Scottish towns and cities.