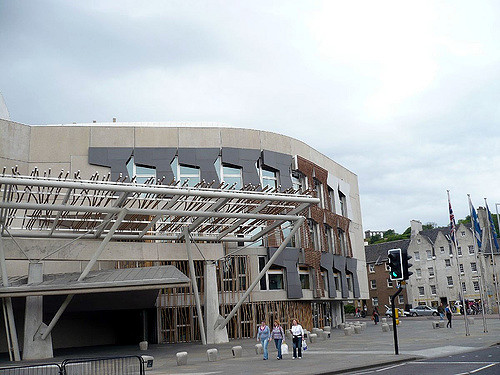 CommonSpace rounds up the maddest day of the week

THURSDAY is, depending on your perspective, either the most important or the most frustrating day of the week in Holyrood, but certainly the most high-profile.

With both First Minister’s Questions and General Questions getting everyone out of bed a few hours earlier than normal, parliamentarians are either desperately scrambling for something to garner the most public attention or responding to such gambits with all the enthusiasm of a circus bear on a hot-plate.

However, despite all appearances, the business of government continues. Read on, gentle traveller, for details of today’s schedule.

Starting off the day, welfare activists will be giving evidence to the Public Petitions committee in support of more funding to mitigate cuts.

Appearing in support of the Scottish Unemployed Workers Network (SUWN), the activists’ petition calls on parliament to urge the Scottish Government to make more money available to offset Tory welfare cuts. This should be done, they recommend, by reassessing spending priorities and instituting more progressive taxation.

It will be interesting to see how this ongoing campaign is affected by yesterday’s budget deal, and Sarah Glynn of the SUWN has noted: “It is of course frustrating that the petition bureaucracy has meant that we will be presenting this evidence so late in the budget process.

“Indeed, for many people affected by these cuts, even a little extra money could be enough to prevent a spiral of escalating problems – for some it could even be the difference between life and death. If a parliament can’t protect its most vulnerable citizens, then of what use is it?”

Meanwhile, representatives of LGBT group the Equality Network will be appearing before the Equalities and Human Rights Committee to give evidence on the Historic Sexual Offences (Pardons and Disregards) (Scotland) Bill.

The bill, introduced by the Scottish Government to general acclaim in November last year, is currently at the first stage of becoming legislation, the bill would provide a pardon for those men convicted of “homosexual offences” which are no longer crimes. It would also provide a way for those convictions to be removed from criminal records, so they no longer turn up on PVG checks or job disclosures.

General Questions will begin with Scottish ministers quizzed as to what is being done to prevent ScotRail services from stop-skipping and to improve punctuality. Questions will also be asked on whether all of Scotland’s schools should be fitted with fire alarms and smoke detectors (hard to see anyone arguing against that).

Then, with a small prayer uttered by all concerned, First Minister’s Questions. A full list of questions is typically not available ahead of FMQs, but it can be assumed that the ongoing saga of Justice Secretary Michael Matheson and his involvement with Police Scotland will again be a feature, and that the press gallery will continue to pretend this isn’t the most boring scandal in living memory.

Later in the day, the Domestic Abuse (Scotland) Bill is expected to pass, given its wide backing. The bill would create a specific offence of “abusive behaviour in relation to a partner or ex-partner”, including not only violence but controlling, manipulative or coercive behaviour.

Today, certain lucky MSPs may be able to enjoy a better lunch than usual (no insult to the dedicated workers of the Scottish Parliament’s café), as parliament is hosting a celebration of fine Scottish food. Grouse, in addition to being locally sourced, is a favourite with Scottish chefs – and, of course, poachers.

Later on, a celebration of the Young Women’s Movement and the YPeople Group will be hosted by Gillian Martin MSP, including live 30 under 30 interviews with Charlotte Lidell and Alice Thompson and music by Beldina Odenyo.