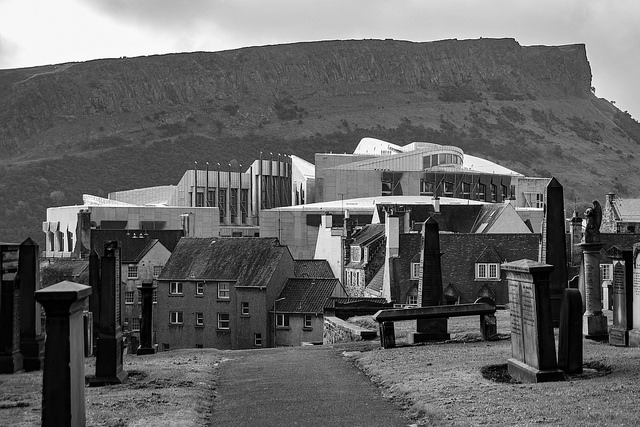 TUESDAY DAWNS, and rather anticlimactically, the predicted week-long snowstorm has thus far elicited as many as three fully-formed snowflakes – real snowflakes, as opposed to millennials who don’t read the Spectator.

Edinburgh has therefore not transformed into the ice planet of Hoth, and life at Holyrood continues uninterrupted. For what lies in store, read on.

Today, parliament debates not only healthy eating but also the minimum pricing of alcohol. It’s enough to make you wonder if the devolved legislature is even Scottish.

Under discussion today will be the restriction of junk food price promotions, the strengthening of current food labelling arrangements and “enhancing how nutrition information is communicated”, just in case there were any unsuspecting souls under the impression that a white pudding supper constitutes a vegan option.

Meanwhile, at Topical Questions, SNP MSP Jenny Gilruth will ask the Scottish Government what minimum price it recommends setting for a unit of alcohol. The answer will presumably not be ‘free’, despite the (welcome) availability of wine at many a parliamentary function.

In an unfortunate confluence of scheduling, the chamber will also see Member’s Business later in the day from Conservative MSP Rachael Hamilton, who will be discussing the contribution that Scotch whisky makes to the national tourism sector. It’s a matter of balance, you see.

The justice committee is today expected to vote in favour of the repeal of the Offensive Behaviour at Football and Threatening Communications (Scotland) Act, signalling the second stage of the process in abolishing the controversial  law.

Despite the Scottish Government citing widespread support for the act, its repeal now looks increasingly assured. Those opponents who have argued that Scotland needs a different strategy to confront aggressive football-based activities will no doubt present their alternatives in due course, possibly on the back of a napkin.

Parliament will host a reception for the Equality Network, which this year celebrates its 21st birthday. Guests and MSPs will have a chance to learn more from trans and intersex activists about the Scottish Trans Alliance and the Equality Network Equal Recognition campaign for gender recognition law reform. For more background on the issue, read my colleague Caitlin Logan here.