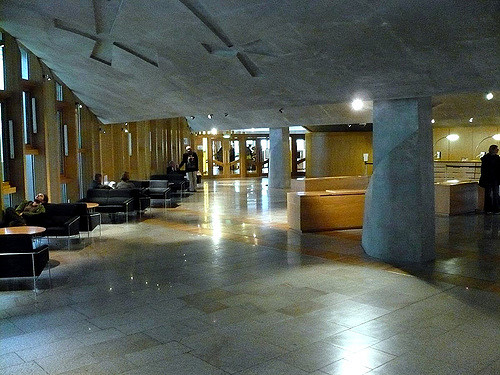 HOLYROOD begins the week proper today, and while there is much anticipation for the big events later in the week – the Continuity Bill, First Minister’s Questions, and Friday’s Hands Off Our Parliament protest – there’s still plenty going on.

Check out all the details of Tuesday in parliament below.

While the ‘Time for Reflection’ which opens every session in the Holyrood chamber typically comes from a Scottish religious figure, today’s segment will take a more secular bent with a contribution from Jonathan Ainslie of the Humanist Society Scotland.

In a change to earlier schedules, SNP MSP Kate Forbes will ask the Scottish Government for its response to concerns from the Scottish fishing industry regarding the terms of the Brexit transition agreement between the UK Government and the EU (detailed in CommonSpace yesterday). Given that First Minister Nicola Sturgeon characterised the deal as a “massive sellout” of Scotland’s fishermen, it is unlikely to be positive.

Later in the afternoon, the Forestry and Land Management (Scotland) Bill, which will see further divergence between Scotland and the rest of the UK in how forests and land are overseen by the state, will reach the final stage of the legislative process and is expected to pass.

And capping off the day, Conservative MSP Peter Chapman will highlight Holodomor Remembrance Day (which, in a quirk of scheduling, actually took place on 25 November 2017), detailed in yesterday’s roundup of the week ahead.

Starting off the day, the economy, jobs and fair work committee will be assessing Scotland’s economic performance, taking evidence from representatives of such industry groups as Oil and Gas UK, the Scottish Tourism Alliance and the Scottish Retail Consortium.

While that goes on, the environment, climate change and land reform committee will continue pushing the boulder of trying to figure out the environmental impact of Scotland and the UK leaving the EU, with environment secretary Roseanna Cunningham in attendance. Cunningham will also be providing evidence on this year’s amendment to the regulations governing the conservation of Scotland’s salmon, which have been cause for concern in recent months.

This evening, Holyrood will host Christopher Hillion, professor of European law at the universities of Leiden and Gothenburg and a legal advisor to several EU governments, for a talk entitled ‘Brexit and the future of the EU: A Nordic perspective’. Hopefully, expressions of jealousy from certain MSPs in the audience will be politely muted.