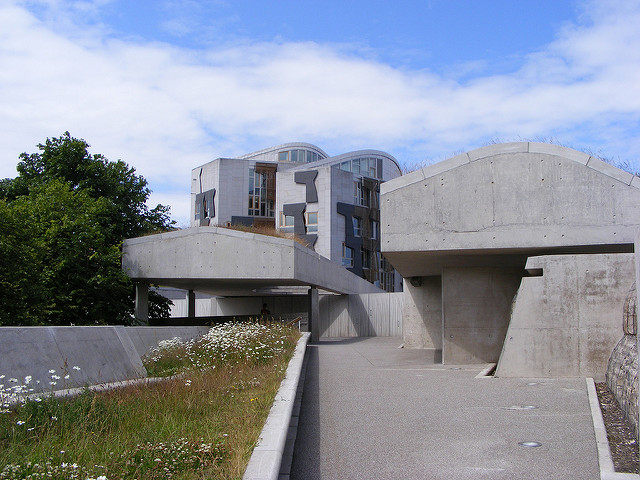 CommonSpace rounds up everything you need to know

This was due to your faithful correspondent enjoying a day off, and as a result, I can bring you the latest breaking news that season two of the Santa Clarita Diet is definitely worth watching.

Further such updates will have to wait however, as we return to your regular daily updates of what to look for in the Scottish Parliament today.

Following today’s parliamentary bureau motions (no listing of which was available at the time of publication), SNP MSP Clare Haughey will this afternoon use Topical Questions to ask the Scottish Government what discussions it has had with other governments regarding the enforcement of European arrest warrants.

This is almost certainly in reference to the situation of Professor Clara Ponsati, the Scotland-based former Catalan education minister who is expected to present herself at an Edinburgh police station this week in response to a European arrest warrant secured by Spanish authorities for charges of rebellion. Justice secretary Michael Matheson will respond to Haughey, possibly outlining a more detailed summary of the Scottish Government’s position.

Following a ministerial statement on the launch of Fair Start Scotland, Scotland’s new employment support service, parliament will debate the recommendations of the local government and communities committee in their new report on city regions, entitled – with an ominous sense of whimsy – ‘Deal or No Deal?’

Capping off the day, SNP MSP Rona Mackay will bring Member’s Business highlighting cancer awareness for Scotland’s young people, emphasising the need for cancer education in schools, noting that 40 per cent of cancers in adulthood are preventable, and commending the work carried out by the Teenage Cancer Trust.

The economy, jobs and fair work committee will be taking evidence from a number of experts on Scotland’s economic performance, following warnings from the Federation of Small Businesses (FSB) that the Scottish business community needs to be “reassured”.

This should be taken with a pinch of salt, however – judging by the FSB’s regular apocalyptic pronouncements, the perpetually nervous Scottish business community requires reassurance more often than the Cowardly Lion from the Wizard of Oz.