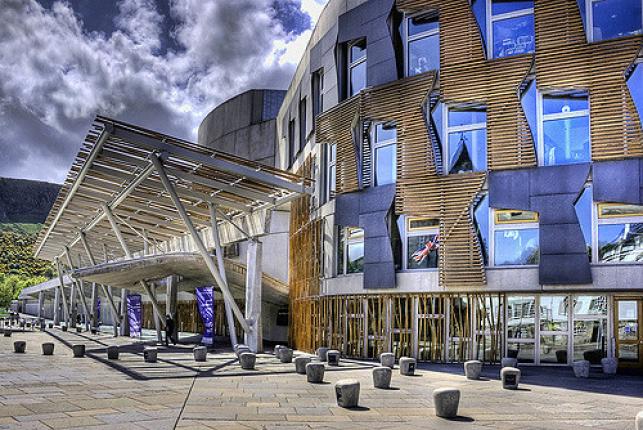 IT IS JUST POSSIBLE that tempting fate with reference to how little snow Edinburgh had experienced as of yesterday morning was poorly considered.

As the much-heralded Snowmageddon has belatedly started snowmageddin’ on with it, relations between Holyrood and Westminster will be similarly frosty following the publication of the Scottish Government’s alternative Brexit bill. However, that’s not all that’s going on. Catch up on all the latest below.

Most anticipated today will be the ministerial statement this afternoon on the continuity bill introduced in Holyrood by Scottish ministers as an alternative to the EU Withdrawal Bill. This follows the failure of talks between the Scottish and UK Governments to reach a compromise on the matter.

It is likely today’s statement will address the controversy which immediately greeted the controversial bill, with Scottish ministers “respectfully” disagreeing with the presiding officer Ken Macintosh that such legislation does not fall within the purview of the Scottish Parliament.

Conservative MSP Adam Tompkins – always an oasis of calm and diplomatic insight – has already described the continuity bill as “illegal”, which will give reporting on parliament today a certain outlaw charm. Opposition to the legislation will be complicated by the fact a similar bill has been tabled by the Welsh Government.

Later in the day, SNP MSP Clare Haughey will bring Member’s Business on this year’s Eating Disorders Awareness Week. It is estimated that approximately 1.25m people in the UK suffer from an eating disorder, 89 per cent of whom are female. Today, parliament will discuss the Scottish Eating Disorders Interest Group and the charity Beat, while also addressing provisions made on the issue within the Scottish Government’s Mental Health Strategy 2017-2027.

The Scottish Parliament’s committees will again be discussing the Planning (Scotland) Bill today, which at this stage has at least been well-planned for. Both the local government and communities committee and the finance and constitution committee will be examining the bill’s various aspects and taking evidence from experts, including representatives of Planning Scotland, Community Land Scotland and the Development Trusts Association Scotland.

This Wednesday, Holyrood will host a breakfast seminar on the view on Brexit from Northern Ireland, where the withdrawal from the EU has run into a few teething problems, such as the possibility of a hard border, the unravelling of the Good Friday Agreement and a biweekly constitutional crisis. Professor David Phinnemore, professor of European politics at Queen’s University Belfast, will be leading the discussion.