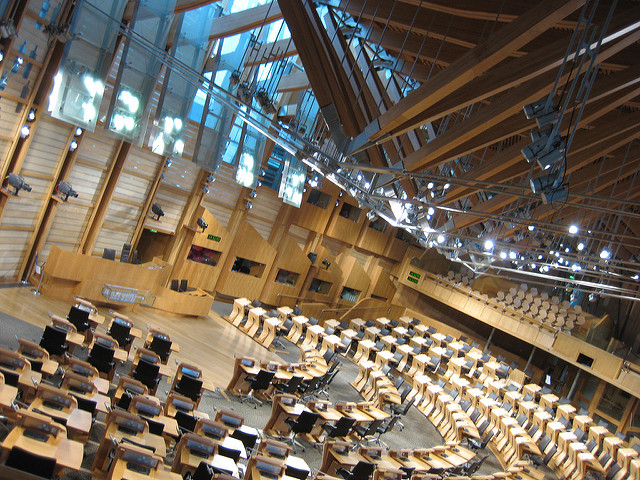 I love the smell of constitutional crisis in the morning

ANOTHER DAY, another debate on the perils and promise of the Scottish Government’s Continuity Bill, which is either a necessary legislative articulation of the devolution settlement post-Brexit or a piratical piece of legalistic Imagineering, depending on who’s yelling right now.

Yet as ever, the noisiest events in parliament should not overshadow the rest of the Holyrood itinerary for the day. Below, CommonSpace catches you up on what you need to know.

Today’s Portfolio Questions will focus on Education and Skills, with Labour MSP Neil Bibby seeking further comment from the Scottish Government on the continuing industrial action by the Universities and College Union over staff pensions. First Minister Nicola Sturgeon has previously indicated that the government encourages dialogue and is watching the situation closely, but many across the chamber may be seeking a more definitive statement on the matter.

Following Portfolio Questions, the UK Withdrawal from the European Union (Legal Continuity) (Scotland) Bill – the SNP’s controversial attempt to circumvent what the UK Government insist is not a power grab, merely a selective grabbing of certain returning EU responsibilities which could be construed as ‘powers’ – will be debated again as it reaches the Stage 1 of the legislative process. This will be followed by a financial resolution.

The Scottish Greens’ support virtually guarantees that parliament will agree to its general principles. Despite ruling that such legislative was outwith the competence of Holyood – a legal judgement that had all the impact of a well-aimed meringue – Presiding Officer Ken Macintosh has nevertheless decreed that all amendments to the bill should be lodged by 2pm on Friday. Until then, maybe he can pass the time catching Pokemon or something.

Towards the end of the day, SNP MSP Stewart Stevenson will present Member’s Business on the thrilling potential applications of Electronic and Internet Voting, with which nothing could go wrong, and absolutely won’t lead to the unexpected victory of the Amazon-Netflix-Skynet coalition.

Mike Russell will again be continuing with the Continuity Bill today, appearing before the finance and constitution committee in the latest of a series of combative engagements that will no doubt remind the minister why no one has ever said: “He who is tired of committees is tired of life.”

Scotland’s anti-bullying service respectme will be celebrating 10 years of work in parliament today, explaining how the organisation has supported parents, children and educators in combating bullying and harassment. Given the state of parliament, perhaps they can give MSPs some tips.