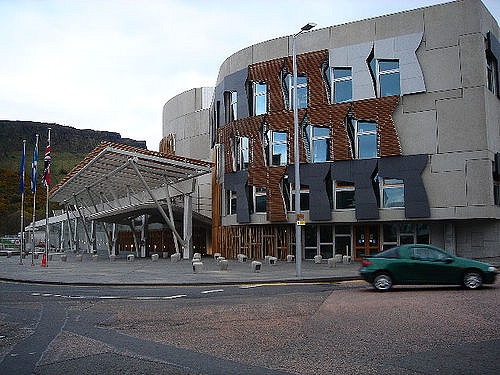 GREEN CONCERNS dominate Holyrood this Wednesday, both in an environmental and party-political sense.

Not only are the Scottish Greens bringing two debates to the parliamentary chamber, but the day will finish up with some hippie nonsense concerning “caring about the planet’s future”, or some such. Read on for all the details.

Following Portfolio Questions on both finance and the constitution and economy, jobs and fair work, Green MSP John Finnie will kick off his ‘Better Buses’ debate, calling on parliament to recognise the need for cheaper fares, more routes and reliable services, and demanding that the Scottish Government set a statutory target in its forthcoming transport bill to reverse the decline of bus usage in Scotland. Amendments from both transport minister Humza Yousaf and Tory MSP Jamie Greene are expected.

Immediately after this, Green MSP Andy Wightman will put the Greens’ determination to see local tax reform enacted during the lifetime of this parliament and ahead of the next Scottish budget. The debate will seek parliament’s commitment to ending the Council Tax and replacing it with a progressive alternative.

Finance secretary Derek Mackay will be lumbered with the unenviable task of trying to make present Council Tax arrangements look good, pointing to the Scottish Government’s 2016 reforms of the Council Tax system and emphasising that the government is “open to further dialogue”, which raises the question of what he thinks today’s debate actually is.

Meanwhile, Tory MSP Murdo Fraser – for whom the thought of people paying tax that is in some way commensurate with their income or their property’s actual valuation causes him to wake up in a cold sweat – will attempt to ensure that any attempt to reform an outdated, inaccurate and unfair system does not result in anything progressive, or even viable.

Following the battering it received from various eastern beasts over the course of what we satirically refer to as ‘Spring’, the rural economy and connectivity committee will be examining the winter resilience of Scotland’s transport system, with evidence provided by the transport minister.

Today, SNP MSP Jeane Freeman welcomes registered charity Ayr Action to Holyrood. Ayr Action are the local mental health association for South Ayrshire, whose stated aim is to press for the best service possible for those with lived experience of poor mental health.