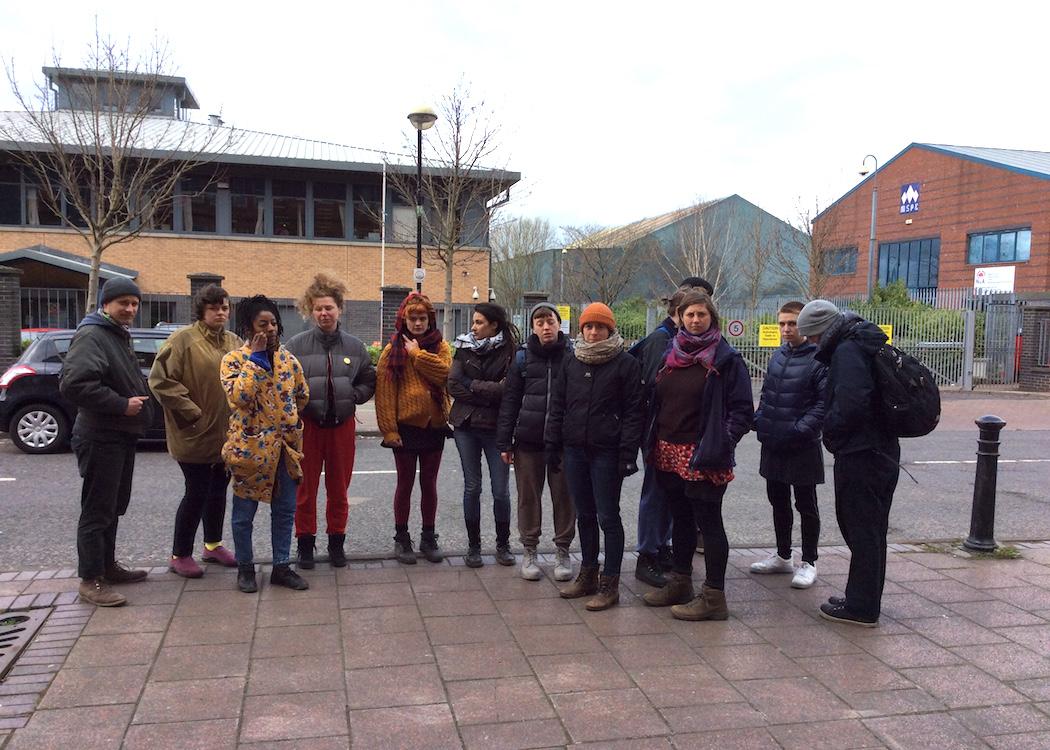 ACTIVISTS are blocking the entrance to the Home Office immigration centre in Glasgow to prevent the deportation of a LGBT asylum seeker and her young son after early morning arrest.

Immigration enforcement vans are being blockaded by activists in Ibrox, Glasgow, to prevent the removal of LGBT activist Beverly Vaanda Kanjii and her teenage son.

Kanjii, 45, was arrested in a dawn raid at her home in Bridgeton around 7am this morning. She is now in custody awaiting transportation to Cedars ‘immigration removal centre’ near Gatwick with her 14-year-old son. Refugee rights campaigners are now blockading the Home Office centre at Brand Street (Ibrox) in an attempt to prevent Kanjii and her son being removed from Scotland.

Kanjii is originally from Namibia and has been in Scotland for three years. Her Scottish partner lives in Glasgow and Kandjii is an active member of the LGBT Unity group, which campaigns for LGBT refugees and asylum seekers in Glasgow.

Frida Grey, an LGBT Unity member, said: “Bev came to Glasgow because she was being persecuted in Namibia. She came here seeking asylum, refuge, and what she received was violence and barbarity from the Home Office and the police.

“I am ashamed of Scotland right now. All I want is for Bev and all those seeking asylum to be returned to us and to live without fear in the communities in which they belong.”

CommonSpace spoke to Kanjii shortly after her arrest today [21 March]. She said that immigration officers assaulted her during the dawn raid, and that she was initially taken to Glasgow Airport but was brought back into the city when her 14-year-old son refused to board the plane.

LGBT Unity stated in a press release that that Kanjii “was beaten and assaulted before being forcibly removed from her home”.

Neither the Home Office or Police Scotland responded to requests for comment.