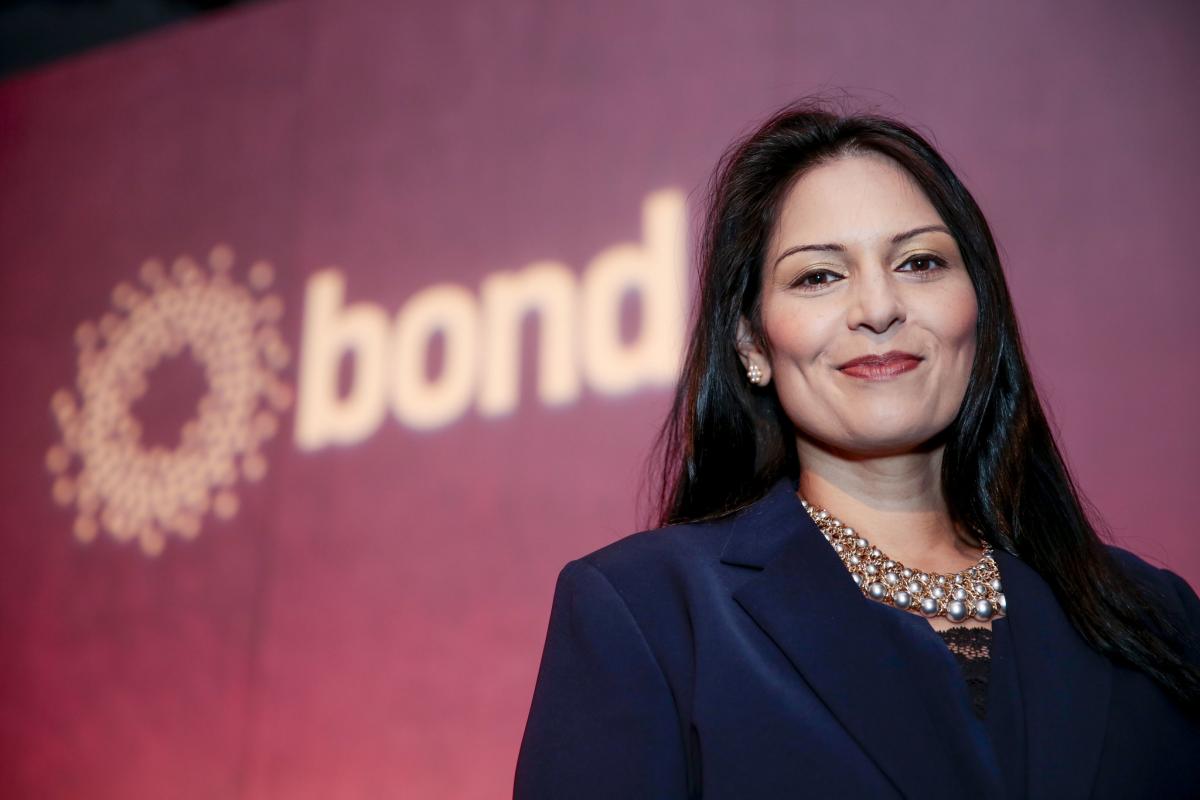 HOME SECRETARY Priti Patel has been branded “out-of-touch” after denying that rising poverty levels and children being born into poverty could be blamed on the government.

Patel, a former tobacco lobbyist widely considered to be part of the Conservative party’s hard right, suggested during a campaign visit in Cumbria that local authorities, schools and other public services should also he held accountable for current poverty rates in the UK.

Asked by the BBC for her opinion on the fact four in 10 children in the constituency are born into poverty, Patel said: “It’s appalling, but it’s not just ‘people in Westminster’, it’s not just at a national level, it’s at a local level.”

Home Secretary Priti Patel tells @NinaWarhurst that high levels of poverty can’t be blamed solely on the government. She was visiting Barrow-in-Furness where, according to @CumbriaCC , central wards of the town are some of the most deprived in the country. pic.twitter.com/XgV9cRThGX

When pressed on what responsibility the UK Government and the Conservatives must take for poverty after having had almost a decade to take corrective action, Patel responded: “Well it’s not the government though is it? I mean – everybody just says ‘it’s the government’ as if it’s this sort of like, a bland blob that, you know, you can just go and blame.”

Patel added: “Actually, it’s, well, it’s not [the UK Government’s fault], because it’s all parts of society and the structures. Local authorities have a role to play, education, public services, which are locally led and locally run.”

Many were quick to remind Patel that local authorities, education and public services are reliant of funding from central government, and have experienced harsh budget cuts since the imposition of austerity in 2010.

Cuts to education budgets in England have forced many schools to look for money elsewhere for basics like pencils, books and repairs – with some going so far as to set up crowdfunders to beg for cash.

Some estimates put the cuts to education budgets at £7billion since the Tories came to power in 2010 – and although Scottish education is devolved any cuts by the UK Government are passed on through the Barnett formula.

The home secretary – whose appointment by Prime Minister Boris Johnson elicited controversy, following her earlier advocacy for the return of capital punishment – was campaigning for the Conservative party in Barrow and Furness, a top target seat for the party with a Labour majority of just 209.

Labour’s shadow chancellor John McDonnell was quick to criticise the comments, tweeting: “Priti Patel’s claims in this video are yet another example of the Tory Government’s cruelty.

Priti Patel’s claims in this video are yet another example of the Tory Government’s cruelty.

Local Government has suffered enormously from vicious Tory cuts. Of course we can blame the Tory Government for poverty.

“Local Government has suffered enormously from vicious Tory cuts. Of course we can blame the Tory Government for poverty.”

Tory spending reforms have also hit hard elsewhere, and a report by the United Nations released in May 2019 found that the UK’s social safety net had been “deliberately removed and replaced with a harsh and uncaring ethos”.

Professor Philip Alston, the UN’s special rapporteur on extreme poverty, reported that ideological cuts since 2010 had led to “tragic consequences”. After the UK Government branded his report “unbelievable”, Prof Alston accused them of a denial of facts.

SNP’s social justice spokesperson Neil Gray responded to Patel’s comments, telling CommonSpace: “Priti Patel’s callous comments go right to the centre of this heartless Tory government, who – despite inflicting a decade of devastating austerity and regressive welfare policies, leading to a rise in poverty and foodbank use – shifted the blame onto schools and local councils.

“Last year, the SNP government had to step in and mitigate the worst impact of UK welfare cuts by investing more than £1.4bn in support targeted at low income families, while Tory cuts will have reduced social security spending in Scotland by a staggering £3.7bn next year.

“Instead of attempting to deflect the blame of austerity imposed by her party that has punished the most vulnerable people in society, the Tories should instead be focused on fixing their broken welfare system – including reversing the cuts to the work allowance and two-child cap, and delivering a real living wage.”