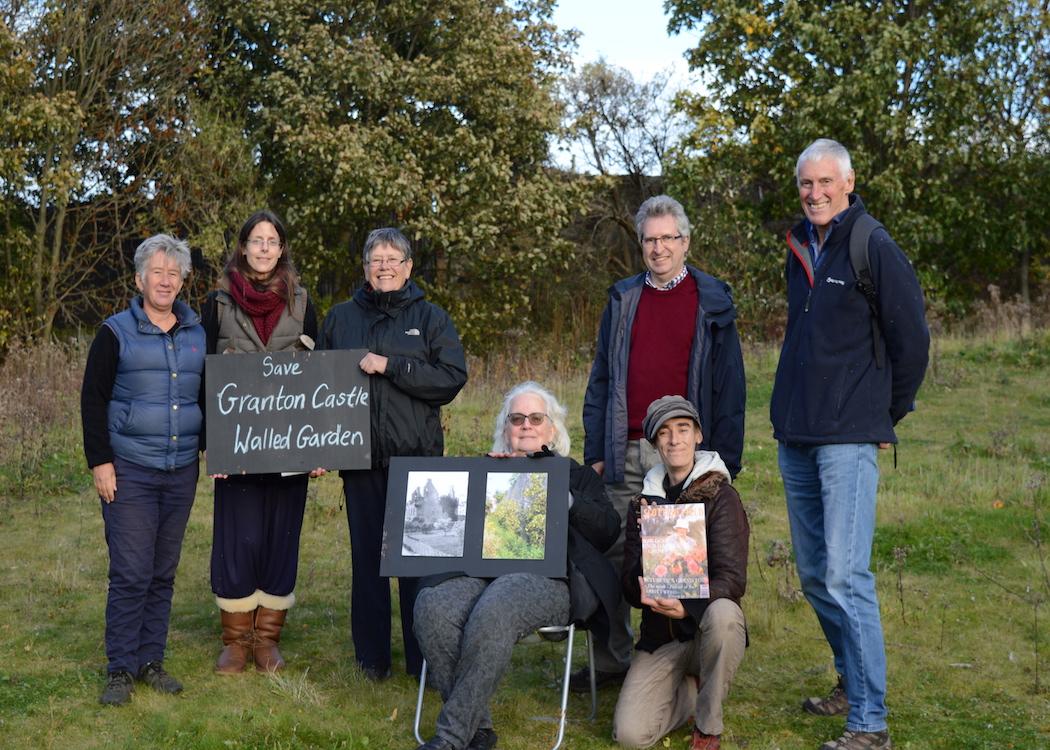 A PROPOSAL to build luxury flats in a rare medieval walled garden in north Edinburgh has been withdrawn by the developer, boostings campaigners’ hopes of a community takeover.

The latest announcement comes as part of a long conflict between community groups and the developers, Waterfront Edinburgh Ltd, which has withdrawn its application to develop the site in Granton days before a final decision was due from the city council’s Planning Committee. The application was withdrawn on 15 January, according to planning documents.

Campaigners with the local group Friends of Granton Castle , which hopes to restore the ancient garden to its former glory as a community resource, welcomed the news.

Kirsty Sutherland, a horticultural consultant and chairperson of the Friends’ group, told Commonspace: “It feels like a ton of weight has been moved from our shoulders and we can move forward, rather than wasting our energy on planning decisions.”

But the planning department said that though the application was withdrawn, no decision has been issued by the City of Edinburgh Council, and in fact confirmed that fresh applications from the developer were expected “in due course”.

The proposed development of 17 luxury houses on the historically significant site first emerged in 2003, put forward by owners Waterfront Edinburgh Ltd – a subsidiary wholly owned by City of Edinburgh Council. It was originally given preliminary approval by the council planners, but the economic crash halted development.

The campaign to develop the garden for local use has been gaining ground. Earlier this month former Scottish Government planner and chair of Built Environment Forum Scotland, Dr. Graham Purves, wrote on Bella Caledonia that there is: “no rationale for sacrificing a civic asset to luxury housing, but a real risk that it will be lost to the citizens of Edinburgh as a result of the narrow perspective of the City Council’s commercial arm.”