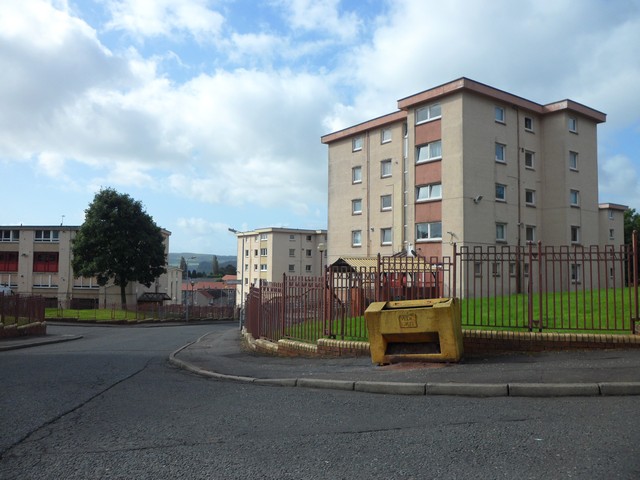 Bellsmyre Housing Association is celebrating its 25 anniversary this month

A HOUSING association born after poll tax demonstrations no longer represents the people.

BHA are celebrating their 25 anniversary this year, but Lusk claims they are “just another government department” despite claiming to be run on the ground “for the people, by the people.”

“It came off the back of the poll tax campaign, and we had a good campaign in Bellsmyre.” Tommy Lusk

Speaking to CommonSpace, Lusk, who sat on the committee for the first two years of Bellsmyre’s inception, said he quickly became “disillusioned”.

He said: “When going through the process of becoming a housing association, we were one of the first ones that done it.

“There was tremendous ups and downs.”

Having been brought up in Bellsmyre, Lusk moved to Merkins Avenue and was shocked at the state the housing was in.

He claims many of the houses were left derelict until the formation of BHA by locals, who initially took control of Merkins Avenue with a view to gradually taking over the rest of the housing stock in the scheme.

Lusk, who has lived in the same house for 25 years, said: “It came off the back of the poll tax campaign, and we had a good campaign in Bellsmyre, in terms of local people getting involved.

“Once everybody realised they were not the only ones refusing to pay it (poll tax) we had a public meeting and the place was full.

“That ran its course, and you seen the potential for community spirit. Scottish Homes were looking for members for a steering group.

“I went into it because I thought it would be about community control.

“I gradually became a bit disillusioned with it and I eventually came off the committee.”

Formed in September 1992, BHA now controls around 600 properties in the area.

Lusk claims BHA was forced into taking over the existing stock by Scottish Homes just a few years after being created. He claims this put a lot of pressure on the group.

The disgruntled tenant told us he has been hit with rent increases, despite being promised this would not happen by BHA.

“I never heard of anyone who got their rent standardised down the way.” Tommy Lusk

Lusk told CommonSpace his rent has gone up 12 per cent since the formation, saying: “BHA said it was to standardise rents. I never heard of anyone who got their rent standardised down the way.”

Tenants voted for a partnership with Perth-based Caledonia Housing Association (CHA), a move that was completed in April of last year.

Lusk opposed the move as CHA promised to invest £5 m, which Lusk believes will come from rent increases over the next few years.

“BHA changed when Scottish Homes bounced them into a decision they could not afford and it’s been like that ever since.”

A Scottish Government spokesperson said: “The role of housing associations isn’t just providing good quality housing and services for tenants, or building new energy efficient homes, it’s also about creating jobs, supporting vulnerable people, and acting as an anchor for some of the most deprived communities in Scotland.

“Regardless of these differences, all housing associations are independent, non-profit distributing organisations with the overarching purpose of providing good quality housing for their tenants and the Scottish Government values the diversity of the sector.”

We contacted Bellsmyre Housing Association, but they declined to comment.