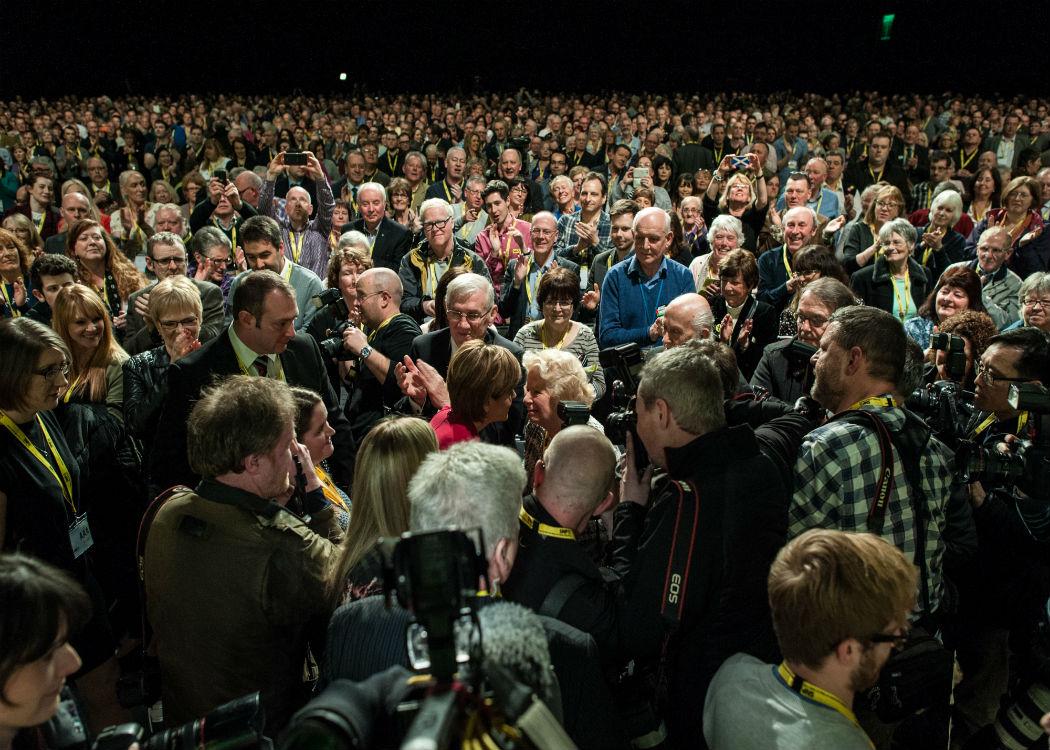 Key election policy battlegrounds are expected to include education and housing

WITH THE 2016 Scottish Elections the first since the 2014 independence referendum changed Scottish political life forever, Scotland’s parties have already kicked off their campaigns just days into the new year.

Key policy battlegrounds are already discernible from policy pronouncements, with housing and education topping the agendas of the major parties.

CommonSpace looks at how the parties are laying out their stalls for the first leg of the 2016 Scottish election season.

The SNP is set to campaign on its record in Scottish Government over the past nine years, including what it claims are its successes in reforming public services and constructing new schools, hospitals and other public utilities. It has already had a high profile opportunity to lay out its plans in the December Scottish budget .

The SNP will also continue to be evasive on the subject of a second independence referendum. A statement by Nicola Sturgeon ahead of the elections only goes as far as to say that the party hopes to persuade a majority of Scots of the case for independence “over the next few years”, but there are still no concrete proposals on a referendum in the lifetime of the next parliament.

Labour has kicked of what is expected to be another bruising election with a pledge to bolster the ability of first time home buyers to afford their homes.

The policy would award anyone saving up to PS3,000 for a deposit through an ISA an extra PS3,000.

Party leader Kezia Dugdale has claimed the scheme will save some first time buyers as much as PS7,200 over three years.

Many former Labour MSPs and party grandees have chosen to stand for regional list seats in the election in the expectation that the SNP will dominate constituencies. The party is also riven with internal conflict, with Jeremy Corbyn supporters also contesting list seats. Labour leader Corbyn has so far been unable to unite the party throughout the UK.

The Conservatives have launched their campaign on education policy. Education is expected to be one of the hottest policy topics in the 2016 elections, with the SNP coming in for sustained criticism over its plans to reform education to shrink the attainment gap between poorer and better-off students.

In November party leader Ruth Davidson revealed the results of a Freedom of Information request which she alleged showed the attainment gap widening .

New Conservative policy proposals include the introduction of standardised testing in for P1, P4 and P7, handing control of budgets from the Scottish Government’s new attainment challenge fund to head teachers and the establishment of a new independent schools inspectorate.

The Scottish Liberal Democrats have stated they will be campaigning for a “bright, green and liberal Scotland” in the 2016 elections.

Party leader Willie Rennie is expected to prioritise signature Liberal Democrat policy including a pupil premium to raise the attainment of poorer pupils and more localised control of public services. The Liberal Democrats can be expected to be heavily critical of the SNP over the controversial Police Scotland force, but have no policy plans for a return to local forces.

The party is expected to be in danger in the elections following the wipe-out of the party in the UK General Election, which saw the party lose 48 seats and retain only eight.

The Scottish Greens have indicated their campaign will be fought on three main fronts, a ban on fracking, a more radical land reform proposal than that presently on offer from the Scottish Government, and creating affordable homes which are inexpensive to heat, a policy taking in the key public concerns of housing and fuel poverty.

A Green press release at New Year carrying a quote from party leader Patrick Harvie suggests that the Greens intend to target SNP ‘second votes’ cast in the regional lists, with Harvie calling the SNP’s nine years of governance a “mixed bag” before advocating the three central policies.

The Greens hope for a bumper election which will substantially increase their number of MSPs. However, polls have given the party mixed results with it predicted to grow its number of seats from two to between three and nine. The party has also engaged in a squabble with the BBC over what it claims are the unfair levels of low coverage the Greens are scheduled to recive during the election.

This meeting will decide policy priorities for the Scottish Election, but a party spokesperson told CommonSpace that the Rise campaign would likely focus on central policy issues such as housing, jobs and austerity.

The left wing alliance is campaigning in the eight regional lists, which will be hotly contested with expected SNP domination in constituencies meaning a rush for the proportional representation seats.