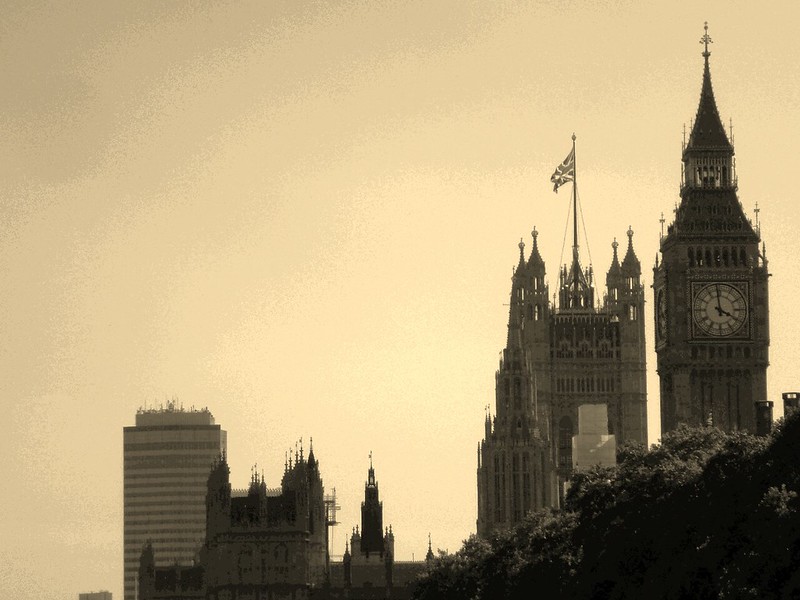 Our guest author argues that it is now the mainstream in the UK to reconsider big political choices of very recent history – a shift which offers the Scottish independence movement an opportunity to exploit the UK’s vague, unwritten constitution

FOR those of us who follow current affairs, it may feel as if there have been many political generations come and go since the days of September 2014.

However, even with the fast-paced debates on Brexit, independence and a second snap election, how can a period be defined as a ‘generation’ in order to have respected the result of the 2014 independence referendum? The British constitutional flexibility and Ireland’s experience may help us define that notion.

One of the selling points of the British constitution has been its flexibility due to a reliance on convention, court judgments and legislation. Despite this having come under strain, such as Boris Johnson’s attempt to prorogue parliament for five weeks, it does have some benefits for constitutional means of achieving independence.

The Irish Free State was established under this flexibility by royal proclamation. This was carried out under the Anglo-Irish Treaty, negotiated jointly by the British Government and representatives of the Irish Republic – a revolutionary state not recognised by the United Kingdom.

This treaty was to be approved in Ireland by the British-established Parliament in Dublin. Even this was disputed – the treaty was ratified by the Second Dáil instead and accepted by the British as being ratified. Essentially, British constitutional flexibility allowed the negotiation and implementation of a treaty with a non-sovereign entity by a disputed legislative assembly within the United Kingdom’s territory.

The Irish Free State was established despite the British Parliament passing the Government of Ireland Act in 1920. This act partitioned Ireland into Northern and Southern Ireland: Two jurisdictions, two parliaments and both within the United Kingdom – a settlement akin to ‘devo-max’ that was to settle the debate on Irish nationhood. Despite this, the Irish Free State was constituted, with Southern Ireland only existing for just over a year – so much for a generational settlement.

READ MORE: Analysis: How likely is an Irish border poll?

Scotland’s current journey towards statehood has taken place during a different era, with a contrasting political and social context. However, the same flexibility of the constitution has prevailed on the legal route to home rule. The devolution referendum in 1997 – over 18 years after the first – resulted in an overwhelming ‘Yes’ vote to establish a Scottish Parliament with tax-varying powers through the Scotland Act 1998.

In other jurisdictions throughout Europe and the West, this could have led to years of constitutional wrangling to ensure devolution did not contradict a codified constitution, or to allow for constitutional amendments. However, under the British constitution, the Scottish Parliament was sitting by 1999 and showed that the United Kingdom has the flexibility to consult first and act later.

The Edinburgh Agreement also highlighted the flexibility of Britain’s constitution. A simple agreement to allow the Scottish Parliament to legislate for a referendum on independence agreed upon by the UK Government and the Scottish Government created the basis for an Order in Council to transfer the power for such a referendum to be constitutionally sound under Section 30 of the Scotland Act.

This allowed the referendum to take place in September 2014, marking of the ‘start’ of a so-called generational chance of achieving independence.

“The British establishment would rather constitutional change looks to the rest of the world like the UK Government is in total control, rather than let the British constitutional tradition be put to the test in court.”

This idea of constitutional ambiguity to date has been accepted by both sides. Unlike those in Catalonia that have the codified, supreme constitution of the Spanish state to try and achieve independence through, we have – so far – benefited from both sides not wanting to know the result of Britain’s constitution being analysed by the Supreme Court.

Why would the UK Government want to discover that the uncodified constitution has a fatal flaw of allowing the home nations the right to unrestricted self-determination? Why would the pro-independence movements of Scotland and Wales want to discover that any self-administered move towards independence – no matter how democratic – could and would be struck down by a far-flung court?

There are no legal limits in Britain on how many times the people can be consulted on an issue, and the constitution has shown itself to be flexible to change when required. The context of Northern Ireland with the ending of the Troubles then raises an interesting point. Northern Ireland has, under British law, a guarantee that the Secretary of State will consider any fresh referendum on Irish unity 7 years after an initial referendum.

Legislation in respect to Northern Ireland clearly states on the issue of sovereignty and Irish unity:

“1         The Secretary of State may by order direct the holding of a poll for the purposes of section 1 on a date specified in the order.

2         Subject to paragraph 3, the Secretary of State shall exercise the power under paragraph 1 if at any time it appears likely to him that a majority of those voting would express a wish that Northern Ireland should cease to be part of the United Kingdom and form part of a united Ireland.

3         The Secretary of State shall not make an order under paragraph 1 earlier than seven years after the holding of a previous poll under this Schedule.”

Again, there is a completely different context to Northern Ireland – a post-conflict, religiously divided zone with a delicate peace through the Good Friday Agreement. It is based on constructive ambiguity to stop the bloodshed. However, it gives a context for Scotland to examine. If seven years between referenda to leave the United Kingdom is accepted as a generation for Northern Ireland, then surely that provides an argument that those in Whitehall cannot stand against a fresh independence referendum for Scotland after the 2021 Holyrood election – 7 years on from the referendum of 2014.

A 2021 referendum would meet the 7-year test as set out for Northern Ireland and would provide the Scottish Government with a full parliamentary term to deliver independence. This would allow time to finalise international agreements without the Brexit-style inconvenience of snap elections that may seek to overturn the referendum result to prevent independence.

From comparing with Ireland, it’s clear that when the British establishment has conceded that change is coming, they like to be in control of that process to deliver any required change on their own terms. That was seen through the concession of the Irish Free State, the signing of the Good Friday Agreement through to the acceptance of a Section 30 order for Scotland’s independence referendum under the Edinburgh Agreement.

The United Kingdom is a macho state. It likes to look dominant on domestic issues, with a fear of looking weak on the global stage. However, as history has shown in both Ireland and Scotland, the British government will grant a Section 30 order when the pressure is piled on by a firm electoral mandate, with robust leadership by the independence movement and Scottish Government.

“History has shown in both Ireland and Scotland, the British government will grant a Section 30 order when the pressure is piled on by a firm electoral mandate, with robust leadership by the independence movement and Scottish Government.”

An independence referendum will come when it looks to the British Government that the Scottish Government are seriously pursuing it. An agreement will need to be sought to ensure the weaknesses of the British constitution aren’t displayed for all to see in a Supreme Court showdown. However, the Scottish Government needs to push for an Edinburgh Agreement style arrangement with a firm and reasoned set of independence policies to find success, with the possibility of adopting a 7-year approach like that in the Northern Ireland Act.

This will mean a fresh mandate for an independence referendum, a full parliamentary term to deliver independence and a stronger hand when negotiating with the British Government upon achieving a Yes vote. Scotland would simply be asking to be treated with the same respect for sovereignty as is in British law for Northern Ireland with its right to vote on Irish unity seven years after having already voted on the question.

We’re in a context where we are having a second snap election to test the will of the people due to Brexit. Many major parties in that election have pledged a new poll on EU membership. It is now the mainstream in the United Kingdom to re-question big political choices of very recent history, never mind the question of independence that was last asked in a completely different environment during 2014.

That so-called political generation set by the initial independence referendum is coming to an end. We should learn how to not make the same errors from the independence pitch in 2014 and to avoid the ambiguity of Brexit. Every action must be fully thought through, with a clear plan of action being imperative: ranging from when to request the Section 30 order, through to having a strong White Paper proposal to consult the people on. Ireland’s experience shows us just how fluid and fast-moving constitutional politics can be when the ball starts rolling.