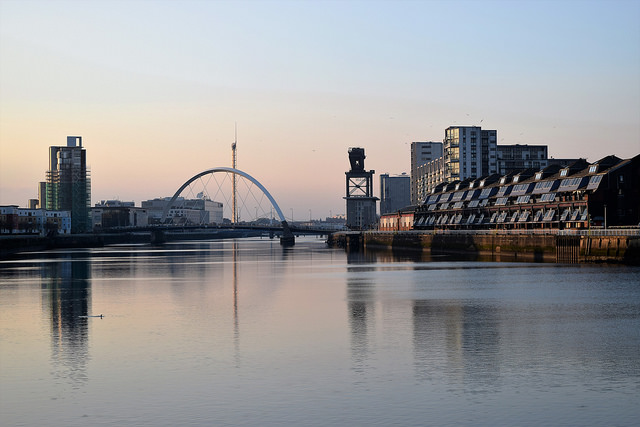 Freelance journalist Jonathan Peters speaks to international experts on the value of drug consumption rooms in saving lives, and finds Glasgow’s attempts to introduce the facility are being frustrated by a UK Government determined to put politics before the evidence

THE UK accounts for almost a third of all drug related deaths in the EU, according to the European Monitoring Centre for Drugs and Drug Addiction. Scotland’s rate of death from drugs is roughly two and a half times that of the UK as a whole, with Glasgow recording almost a third of these – 280 in 2017. Opiates such as heroin, methadone and morphine are involved in almost 90 per cent of overdoses.

Around the world, countries which experience high levels of drug related deaths have established drug consumption rooms, where users can inject under medical supervision. Though plans for a facility in Glasgow gained the unanimous support of the city council, they are subject to UK-wide legislation and the possibility of an exemption has so far been ruled out by the prime minister and the home office.

Councillor Mhairi Hunter proposed the motion in support of drug consumption facilities in Glasgow. She wants the prime minster to devolve the powers to establish these rooms to the Scottish Government.

“I appreciate that there may be political difficulties for them in agreeing to Glasgow piloting a safer consumption facility which is why we have also encouraged them to consider devolving the powers which are necessary to grant a legal exemption to the Scottish Government.”

She adds that the council will “continue to engage positively with the Home Office.”

The Scottish Government has indicated its support for a drug consumption facility. In April this year, then minister for public health Aileen Campbell stated: “Our vision for this country is one in which all our treatment and rehabilitation services are based on the principle of recovery.”

“For some people, the possibility of recovery or abstinence is a long way off. In the meantime, it is important that we focus on keeping them alive and in touch with services that may provide them with the support that they require eventually to take further steps towards their own recovery.”

A drug consumption room has been operating in Sydney for over a decade. In the 9 years after it opened, over 3,000 overdoses occurred onsite. None of these people died.

A reduction in deaths from overdose is not the only benefit. One study estimated that the room in Sydney saves the city over $650,000 a year. Medical director Dr Phil Read explains: “Since it opened, the number of ambulance call-outs has fallen by 80 per cent and the number of discarded needles in the street halved.”

“Importantly, this centre also provides an opportunity to link people with other health and counselling services which they would otherwise not have access to.”

As of April, there are 90 such facilities in over 60 cities in Europe. Evidence shows that these rooms can dramatically reduce the number of fatal overdoses, as well as the transmission of disease and discarded needles on public streets.

A drug consumption room in Glasgow would likely fall foul of one of the three legal regimes which regulate possession and supply of drugs in the UK. However, according to analysis conducted by Rudi Fortson QC, a lawyer specialising in drug law, “the UK government cannot simply assert that the setting up of a DCR in the UK would be contrary to one or more of the three legislative regimes.”

“If there was government ‘will’ to sanction a DCR [drug consumption room], a legislative way could be found to do so”.

While the Misuse of Drugs Act criminalises drug use, regulations have provided various exemptions. Police and prosecutors also have reasonable discretion when deciding how to deal with drug offences.

“The people who were bringing their drugs to the service were in possession of drugs, obviously committing an imprisonable offence. The service providers were there handling those drugs, and were also in possession of drugs, and were committing an imprisonable offence. And the venue was allowing that to happen.

“So, in theory there was series of similar offences being committed, but it happened on the basis that there was a memorandum of understanding, the local police agreed quasi-formally to not enforce the law.”

Rolles believes that drug consumption rooms could operate on the same basis, provided local authorities receive confirmation that central government would not enforce the law. An advisor to the Scottish Government recently suggested that drug users should no longer be prosecuted, and this call was backed by Police Scotland’s substance abuse lead, Chief Inspector Allan Elderbrant, according to the BBC.

However, Fortson points out that discretion “provides a precarious basis on which to mount and to maintain a DCR”, and the prime minister has stated that a “range of offences is likely to be committed in the operation of drug consumption rooms.” It is unclear whether a similar, informal understanding which led to drug testing at festivals could be applied to a drug consumption room in Glasgow.

More people died in Scotland from drugs last year than in any previous year. Glasgow saw an increase in drug related deaths of 30 per cent.

Angela Wilson is a former addict who works for Street Connect, a charity which helps people dealing with drug and alcohol addictions in Glasgow. She was initially reluctant about the idea of a room where drug users can legally inject heroin.

“You know that was a hard one for me until very recently. I wasn’t quite sure,” she says.

In January, Wilson helped organise the Glasgow Big Sleep Out, where she spent five nights on the street living as a homeless person.

“The Sunday morning, we were walking along past Central Station and there was a lane, and in that lane there was a 20-year old boy lying deceased who had injected and overdosed and had lay there for hours without anybody even caring.

“I think it is a very good idea, where they can be monitored, and they might inject but they are still alive. There is still a heartbeat in there and it’s still the same blood as us.

“Just because they inject it doesn’t mean they don’t deserve the same right to live that we have.”

Though the UK Government has accepted the evidence on the effectiveness of drug consumption rooms, they continue to block them. According to Rolles, “the objection at central government is not evidence, it’s not legal. It’s political. Pure and simple.”

“They just don’t want to have to deal with it. They are fearful of a backlash.”

The first drug consumption room in North America was opened in Vancouver in 2003. In the following two years, overdose rates fell by 35 per cent in the area.

The facility is called Insite, where Dr Mark Lysyshyn works as a medical health officer. He explains that in the late 90s, overdoses and other social problems caused by drug use forced the city to declare a public health emergency. The introduction of the consumption room “decreased overdose death and prevented overdose death. It decreased HIV and hepatitis C transmission. It improved community order by decreasing public injection and found litter.”

“It didn’t worsen public safety, which was something that was a concern. In the decade that followed the opening of Insite we were able to document all of those benefits and show that there was no harm.”

In the first 10 years, economic benefits to the city from increased safe needle practice could be as high as $18 million. However, despite the positive evidence, in 2008 the federal government attempted to block the facility’s licence.

“Unfortunately, during that time, we had to battle our federal government to keep the facility open, despite all of this clear evidence of benefit coming in. And that made it very hard to open other facilities, even though there was a clear need for these.”

The supreme court eventually ruled in favour of the drug consumption room, and with the government on board there has been a huge increase in sites across Canada. However, according to Dr Lysyshyn, the years lost in fighting for the legality of the centre have had a serious effect on harm reduction policy in Canada.

“These facilities should have been open decades ago, and had they been open we would be in a much better situation that we currently are.

“Because we’re failing on those other fronts, we need to keep people alive.”

He believes that Scotland should seriously consider harm reduction measures, including drug consumption rooms, as part of overall drug policy. Particularly if Europe sees the introduction of high strength opiates such as Fentanyl, which has been implicated in a large number of deaths in North America.

Dr Lysyshyn explains: “we’re very happy that other people are considering these facilities. The first time is the hardest.”

“I think Europe needs to get ready because Fentanyl will come there soon, eventually.”