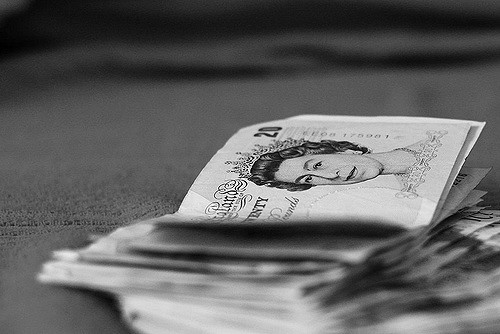 From Brexit, to independence, to sustainable energy, the latest figures on Scotland’s revenue, expenditure and deficit are sparking debate

THE ANNUAL Government Expenditure and Revenue Scotland (GERS) released today (22 August) has served to underline vastly differing views on the economy and where it is and should be headed.

The report, published by the Scottish Government, shows that Scotland’s public sector revenue, including from its geographic share of the North Sea, was £59.6bn in 2016/17 – £1.3bn of which was North Sea revenue.

Including Scotland’s share of North Sea revenues, the deficit fell this year to £13.4bn, or 7.9 per cent per Gross Domestic Product (GDP), which compares to an overall UK figure of 1.9 per cent per GDP.

The figure amounts to 7.9 per cent of Scottish GDP, compared with a considerably lower overall UK deficit of £39bn – 1.9 per cent of GDP. Excluding North Sea revenue, Scotland’s deficit is 9.5 per cent per GDP.

Interpretation of the figures has varied wildly, illustrating the political narratives which the data is used to bolster.

First Minister Nicola Sturgeon said the figures showed that Scotland was “on the right trajectory” and demonstrated that the government’s “commitment to sustainable economic growth is the right one”.

That being said, Sturgeon pointed to constraints on the devolved government’s powers and the impact of Brexit as factors posing a risk to the Scottish economy.

She said: “With the limited economic powers currently at our disposal, the actions we are taking to promote sustainable economic development are helping to ensure that the key economic indicators are moving in the right direction.

“Brexit is by far the biggest threat to this progress – and it is essential that the UK Government commits to remaining in the single market and the Customs Union to minimise the potential damage.”

In contrast, Scottish secretary for the UK Government David Mundell said the comparatively larger deficit in Scotland was “concerning” and that the figures evidenced the benefits of Scotland’s union with the UK.

Mundell said: “These figures also confirm that being part of a strong United Kingdom – the 5th largest economy in the world – is worth nearly £1,900 for every single person in Scotland, which supports vital public services.

“Simply put, Scotland contributed eight per cent of UK tax, and received more than nine per cent of UK spending for the benefit of families across the country.”

Pro-union parties in the Scottish Parliament also said the figures undermined the SNP’s vision for independence.

Scottish Tory MSP Murdo Fraser said the figures proved that “the prospect of another divisive and unwelcome vote must be removed for good”, while Scottish Liberal Democrat leader Willie Rennie said the figures “add to the misery set out in the SNP’s Growth Commission” and reveal that “investing in people through education and mental health would be harder under independence”.

And Scottish Labour leader Richard Leonard said the report underscored the need for a Labour government, criticising both the SNP and the Tories for driving austerity.

He said: “These figures show that the real change Scotland needs isn’t to leave the UK – it’s a Labour government willing to end austerity and invest instead.

“People across Scotland are sick and tired of austerity – and these figures show that the SNP’s plans for independence would mean unprecedented levels of austerity for Scotland.”

Murphy is a longstanding critic of the use of GERS, describing the figures as “very poor accounting”. One reason for this is that “builds in an automatic” bias to overstate the Scottish Government deficit, and another is that the comparison between Scotland and the UK is not an accurate one.

Murphy wrote: “If the data was produced correctly what it would show is that Scotland is doing better than most parts of the UK but is doing vastly worse, as is everywhere else, than the south-east of England, including London.

READ MORE: Robin McAlpine: Be careful – it isn’t GERS that’s the con, it’s the spin on it that’s the problem

Murphy added that “GERS is not a basis for forecasting Scotland’s future”, a view echoed by Dalzell, who wrote: “No serious commentator now suggests that GERS can be used as is as a projection of the finances of an independent Scotland.”

As a BBC Scotland report on the issue published today states: “The GERS figures are not meant to be anything other than a way of showing the current position under the present arrangements.”

Dalzell said the figures on Scotland’s economy as a region of the UK highlight a “deeply divided, deeply unequal UK”, but that ultimately, Scotland should “grow beyond” the annual obsession with GERS and focus instead on measures which have a greater impact on people than growth or GDP.

“It doesn’t matter how fast our economy is growing if the wealth is being captured by the already wealthy or is shipped overseas as fast as it’s earned.”

In 2016, Dalzell authored a Common Weal paper detailing the need to move “beyond GERS” in an independent Scotland.

Meanwhile, debate has also arisen around the appropriateness of the focus on North Sea revenues in light of the urgency of securing more sustainable energy systems.

Scottish Greens co-convener Patrick Harvie MSP said: “Here we have another reminder that the Scottish economy is still too focussed on oil and gas extraction instead of making the needed transition to clean and sustainable renewable sources of energy.

“While other parties use this annual publication as justification for how Scotland couldn’t be a small, successful independent country, or how great the SNP government thinks it is; they’d do well to remember that both our prosperity and our climate depends on moving to a clean economy.”

This stands in contrast to the SNP’s statement on the figures, in which Aberdeenshire East MSP Gillian Martin argued for greater investment in the oil and gas sector.

Martin said: “The increase in oil and gas revenues are positive news for the industry and for jobs, and shows the continued importance of the North Sea to Scotland’s economy as a whole.

“The North Sea looks set once again on an upward trajectory, however, we cannot be complacent.

“With up to 20bn barrels of oil left, the Tory government must use its powers to stimulate exploration and investment, and ensure our oil and gas sector can capitalise on a decommissioning market that is forecast to reach £17bn.”

Many of these debates will be sure to come to the fore as the SNP’s Growth Commission is scrutinised in the coming months and supporters of independence seek to put forward their own economic vision for an independent Scotland.