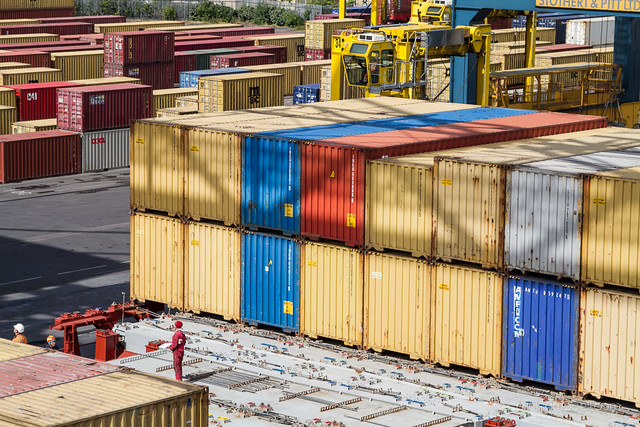 A SCOTTISH Parliament Information Centre (SPICe) briefing published today [2 September] on preparations for No Deal planning looks in detail at the issues which are likely to arise in Scotland if Britain leaves the European Union on 31 October without a deal, and what the Scottish Government is doing to prepare contingencies in that eventuality.

The report finds that border checks between the EU and UK are “the most likely immediate form of disruption following a no-deal Brexit which might result in long queues at the UK-EU borders as goods travel through customs and are subject to standards checks”.

“Potential hold-ups at the border could lead to a disruption in the supply of food and medicines coming into the UK after 31 October 2019,” the report adds.

The Scottish Government has utilised what is known as “resilience” structures to prepare for the possibility of No Deal which provides “some degree of central government co-ordination” at times of an emergency. A “resilience” committee will step up its work the closer No Deal approaches, with a Scottish Resilience Partnership acting as “a strategic policy forum”. A “ministerial group on EU Exit readiness” has also been established, where meetings of Scottish ministers, chaired by First Minister Nicola Sturgeon, regularly discuss preparations for a No Deal outcome.

Actions taken by the Scottish Government across key areas include:

The Scottish Government has established a prepareforbrexit.scot site for businesses, which contains important information and self-assessment tools. Brexit support grants are also available to SMEs.

The First Minister sent an open letter on 5 April encouraging EU citizens based in Scotland to apply for the EU settled status scheme, as well as a package of support for EU citizens wishing to stay in Scotland, including £250,000 for community-based support, a ‘Stay in Scotland’ support kit for EU citizens and employers with EU citizen as staff, and a free, specialist support service provided by Citizen Advice Scotland called EU Citizen Support.

The Scottish Government issued a letter in March outlining its preparations for ensuring medicine supplies, which included stating that the NHS and pharmaceutical firms were stockpiling, that “arrangements were also being made” for ensuring items that could not be stockpiled are transported into the UK, and that they had been assured this had been “given priority by the UK”. The letter encouraged the public not to stockpile medicines, stating that “the NHS will manage the situation”.

On the potential for staff shortages in the social care sector, the Scottish Government has sought to pressure the UK Government to adapt its post-Brexit immigration system to suit “Scottish needs”.

The Scottish Government’s preparations on this have primarily involved co-ordination with UK agencies and Ministers, with a meeting in June of the cross-UK Inter-Ministerial Group for Environment, Food and Rural Affairs finding that “support for the sheep, beef and dairy sectors, Geographical Indications recognition and addressing operational challenges on export health certificates” are all still “outstanding areas which require resolution”.

Scottish Water considered the risk of No Deal to Scottish water supplies to be “low”.

Transport of Goods and Fuel

Transport Scotland is working with transport providers, including at ports, to “identify how they could mitigate disruption and ensure that Scotland’s exporters continue to get their goods to market”, and working with the Department of Transport to ensure “critical goods” can reach Scotland and “how rurality can be factored into supply chain issues”.

While the UK is responsible for negotiations with the EU on Justice issues, Justice is devolved at the Scottish level, and thus Police Scotland has sought to develop “better bilateral ties with other national forces” and more staff have been recruited by the Scottish Government to work on Justice and Brexit issues. Police Scotland has also put 300 police officers on standby “to deal with any incidents that might arise” in the event of No Deal Brexit.

Preparation for an increase in demand for export health certificates from EU customers has led to contingency plans for a four-fold increase in environmental health officers. The Scottish Government is preparing an information briefing for businesses in the food industry on steps they should take to prepare for No Deal.