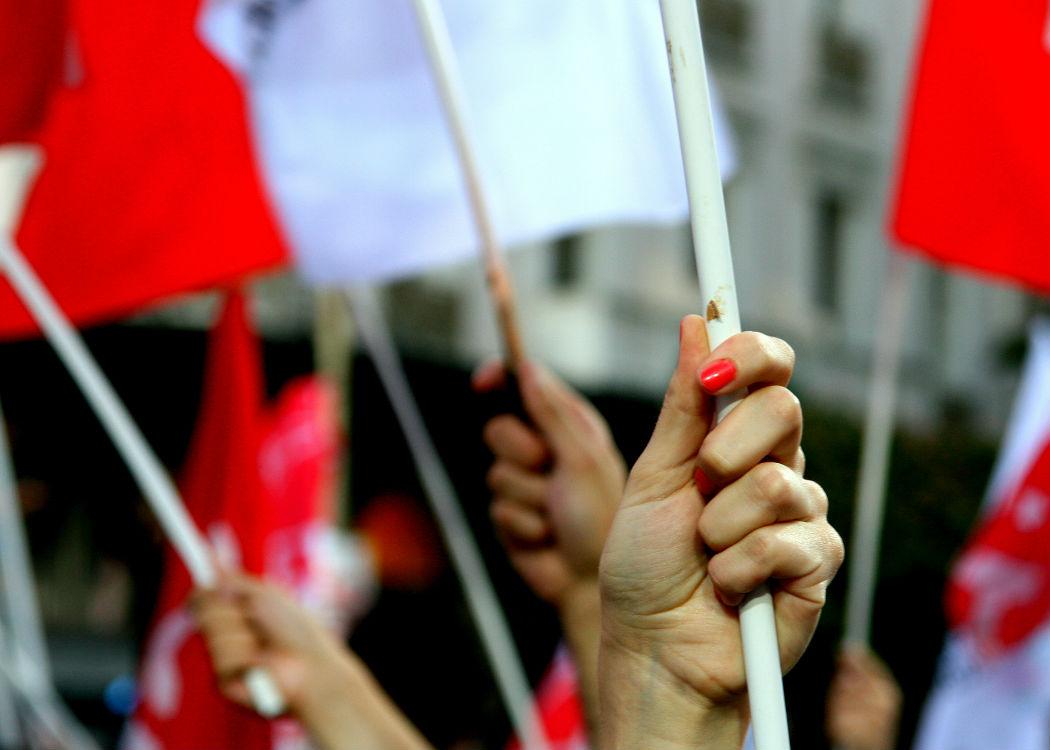 “THEY have the television. We thrive in the internet,” says Matthew Tsimitakis from his home in Exarchia, downtown Athens. Tsimitakis works for the online service of Syriza’s daily newspaper, Avgi (The Dawn) and was in charge of organising Alexis Tsipras’s online campaign for European Commissioner.

Syriza’s sensational election victory has its roots in popular discontent with years of a harsh austerity programme that has led to soaring unemployment and widespread hardship for Greeks.

The message that there is an alternative to continued cutbacks resonated with a population who had endured years of economic and social decay. But with a Greek media which is traditionally hostile to Syriza’s aims, how did the party manage to get their message out there?

Much of the answer lies online, says, Tsimitakis. “People come to Syriza because of their social situation,” he tells CommonSpace. “They’re young, educated and online and have to construct a narrative about reality. New media is a great environment to create contesting regimes of truth.”

Syriza has swept up support and participation from the movement against austerity that began in 2008. As its popularity grew, Syriza’s shadow began to loom large over the Greek political establishment which led to a scaremongering campaign against the party.

Inside Greece, there has been continued talk of a catastrophe in the event of a Syriza victory. Outside the country, other European leaders have sent out warning signals, with president of the European Commission Jean Claude Juncker commenting that he “would prefer if known faces turned up”. It didn’t work.

“I think we managed to overcome the fear,” says Tsimitakis. “The scaremongering has run on many levels for quite a few years. And social media definitely played a part in breaking that. We managed to articulate a different narrative to the one being fed in the mainstream.”

Syriza’s success, despite having severely limited access to main channels of the media, is an astonishing story of a grassroots challenge to a dominant and dogmatic narrative. It also suggests that in a highly politicised and engaged society as Greece is now, the influence of the established media becomes reduced.

From its daily newspaper, to the Syriza-supporting Stokokkino radio channel which broadcasts all over Greece, to its army of online supporters, the party has managed to push its message of hope and transformation out to all sections of Greek society.

Of course, it helped that Syriza possesses a sharp and charasmatic leader in Tsipras who has been able to articulate the hopes of generations of Greeks disenchanted with a political class dogged with suggestions of corruption and cronyism.

“You watch television not to be informed, but to see what the establishment is saying. It’s a power game.”

Tsimitakis says that ultimately, Syriza and the anti-austerity narrative has won the battle of ideas. “New Democracy ran a campaign under a slogan of truth – but there are a lot of people who don’t believe that truth anymore.” he says. “The perception is different now. You watch television not to be informed, but to see what the establishment is saying. It’s a power game. It’s a lot more conscious here now than it was 10 years ago.”

As Syriza begins the process of attempting to renegotiate Greece’s mammoth debt, it is sure to come under heavy fire from critics who fear their vested interests may be in jeopardy.

At the forefront of Syriza’s message has been the need for international solidarity. Party officials know that in order to succeed in cutting the debt and ending austerity they will need the support of anti-austerity voices around Europe. Tsimitakis says that once in power, the party plans to place a greater emphasis on spreading the message internationally.

“Getting our message beyond Greece is important because the whole idea behind Syriza is that Greece will not have formal alliances but will instead help produce movements across the continent,” he says. “It is a theory which is starting to be proven. Look at the success of Podemos in Spain. Or even Sinn Fein in Ireland. Our narrative is beginning to grow.”

Syriza’s election victory has sent shockwaves around Europe. They are at the forefront of a counter narrative that says austerity is not working for Europe’s young people and they deserve an alternative. How they continue to communicate their ideas to Greece, and indeed the rest of Europe, will be key to their ultimate success or failure.

The battle may have been won. The war, however, is only just beginning.