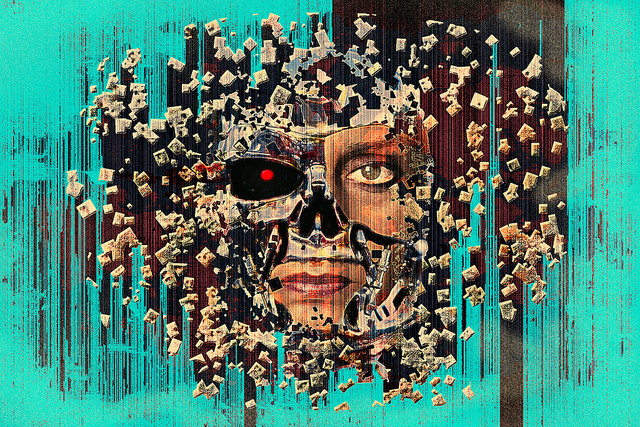 In the second of a three-part series, Derek Bates explores what a future alongside robotics might look like, and how it will transform people's relationships to the workplace – read the first part here

AS you commute home after a long day of hard and often uninspiring work, it may be an effort to appreciate the satisfaction of being employed.

As discussed in the first article, we have a dichotomous relationship with work. On the one hand we feel chained by the strictures of work and look to the time when we have greater freedom to control our lives, but on the other hand we need work as a stimulation and a source of income.

Virtually every day we learn of new developments which will make our lives easier. The industrial revolution of the late 18th and the 19th centuries was a time of hostility between workers who saw development in mechanisation as a threat to their livelihood.

As we all know, mechanisation has brought untold benefits to humanity, we now live healthier lives, and are better fed and cared for than ever before.

On the small scale this was true and there was widespread smashing of weaving by Luddites and threshing machinery during the Swing Riots of the 1830s.

As we all know, mechanisation has brought untold benefits to humanity, we now live healthier lives, and are better fed and cared for than ever before. Throughout the 20th century, there was a growing fear of the advance of robots but, to a great extent, robotics has taken away many tedious and physically demanding aspects of production.

AI is said to be of great benefit to us all, making every aspect of commerce, health, law etc. substantially more efficient. If we take the decades between 1965 and 2015, computing power has increased one trillion times. So a calculation which would have taken one second 60 years ago now takes one trillionth of a second.

What we are experiencing now is entirely different. We see the development of increasingly sophisticated artificial intelligence (AI) to the extent that the actions of the human brain are being replaced. The effect of this is that it questions much of what it means to be human.

In the name of improved efficiency, work which required interaction of human minds has been and will increasingly be eliminated, if you want an answer to a query, the chances are that you will be speaking over the phone to a computer.

Throughout the 20th century, there was a growing fear of the advance of robots but, to a great extent, robotics has taken away many tedious and physically demanding aspects of production.

When you fall ill, at present you visit your GP who gives you advice, comfort and treatment. It won’t be long before this human contact will be totally replaced by algorithms. We will wear diagnostic devices which will analyse our blood streams, temperatures and all other aspects of our bodies.

So the question arises as to the need for a human to spend at least 10 years learning to be doctor. You need an operation to correct some malfunction in your body. Robots already perform surgical operations.

If you run a business, you currently need the expertise of an accountant. In future all that he has educated himself for, will be totally carried out by software.

Someone has treated you unfairly and you need the advice of a lawyer, but all that a lawyer knows through study and experience is even now available on Google or other providers.

Every service which has needed a couple of decades of study will be replaced by software.

What can’t be replaced, you might say, are the creative industries. You want a sculpture of a relative – sit them in front of a scanner and an accurate reproduction can be produced by a 3D printer. If the relative has been dead for many years, never mind, you may still have photographs, and they will provide the input for the sculpture.

Every service which has needed a couple of decades of study will be replaced by software, but what can’t be replaced, you might say, are the creative industries.

The files for animated films are digitally recorded and will be able to be manipulated to produce new films with little or no human input.

Robots are now so sophisticated that they can respond to even the thoughts of a person in need of care. They can clean your house, cook your food and tell you stories or sing you a song.

We will not need to spend over £50bn on HS2 – driverless cars will take us to any destination where there are roads while we sit in comfort.

In the present culture, it is futile to try to stop progress in scientific development. We are rapidly advancing towards a future where we have virtually no work and we sit in a chair being entertained by films, music or stories delivered to us by robot.

We are rapidly advancing towards a future where we have virtually no work and we sit in a chair being entertained by films, music or stories delivered to us by robot.

There may be some of us who believe the hype from the Facebook-type social media companies who want to feed us with our 'favourite' entertainment, at the click of a switch or, soon, we won’t even have to do that, because everything we want will be actioned by our thoughts.

There may be people who genuinely want to know that one of our so-called 'friends', whom we have never met and will never meet, has a new goldfish named Sammy and here is a photograph of him swimming vigorously in his fish tank.

Others of us like living in communities where we are different, imperfect and, most of all, interesting.