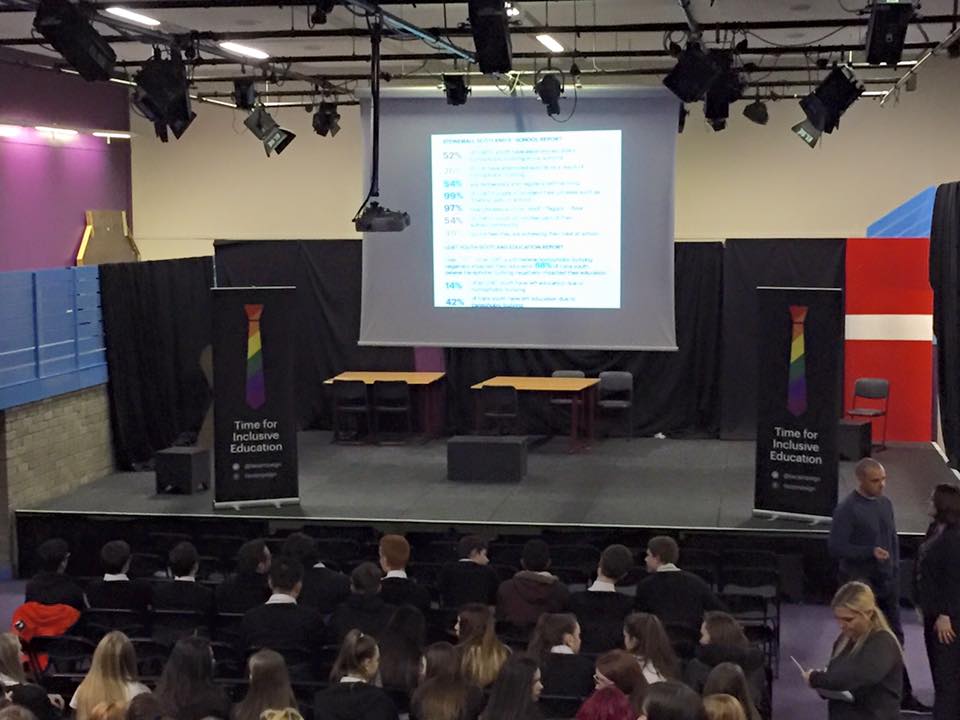 THE TIME FOR INCLUSIVE EDUCATION Campaign (Tie) has been fighting for a school level education which is inclusive of a variety of sexualities and sexual and gender identities for a year.

In twelve months the campaign has come from nowhere to headline political status, becoming an item of debate in the run-up to the 2016 Scottish elections and being debated in parliament as the key approach to confronting modern homophobia.

Tie has campaigned to reform the way children are taught about sexual and gender identities, in an effort to curb levels of homophobic bullying and self-harm and suicide among LGBT+ youth.

CommonSpace takes a look at the campaign’s extraordinary journey.

28 June: Tie campaign launched with a petition to Holyrood calling for LGBT+ inclusive education in all Scottish schools. Over one thousand people sign the petition the petition over the summer.

It includes personal testaments from young people affected by homo/bi/transphobia and sent to all MSPs in Holyrood prior to the campaigners speaking before the Scottish Parliament’s petitions committee.

27 Oct 2015: Tie’s leading figures Jordan Daly, Liam Stevenson and John-Naples Campbell give evidence to Holyrood's public petitions committee for one hour. The cause initially receives the full support of the MSPs who agree to write to the Scottish Government and relevant educational authorities.

12 Jan 2016: The Scottish Parliament petitions committee closes the Tie petition. The campaign responds by criticising the move and claiming that it was closed on a technicality. This leads to worldwide media coverage as commentators express their shock at the committee's decision.

8 Feb 2016: Unison becomes the first trade union to officially back Tie after a motion in support of the campaign and its calls for teacher training is passed unanimously at the union's Scottish Council.

12 Feb 2016: Tie launch a small crowd funding appeal, claiming that if the government won't fund LGBT+ inclusive teacher training then they will need to fund-raise to do it themselves. They raise short of £2000, which is used to train teachers from various schools on LGBT+ issues.

25 Feb 2016: SNP Youth and SNP Students publicly support the campaign, becoming the first politically affiliated body to do so.

13 March 2016: The SNP move a resolution from SNP Youth and SNP Students in support of Tie and the campaign's calls for inclusive LGBT education at their pre-Scottish election conference. Youth delegates spoke from a personal perspective, all of whom cited statistics in the area which highlight higher rates of suicide and self-harm amongst LGBT school pupils. As a result, the party has committed to improving LGBT inclusivity within the Scottish education system should they form the next government.

30 March 2016: Scotland’s largest ever LGBT+ hustings for Scottish elections is dominated by discussion of Tie campaign and its demands.

First Minister Nicola Sturgeon publicly supports Tie, claiming that the campaign's work has been "very impressive" and makes a commitment to work alongside the campaign to introduce LGBT+ inclusive education in Scottish schools should she be re-elected.

Patrick Harvie publicly supports Tie and claims that they have been a "really important new voice in the landscape of people campaigning on these issues". He claims that along with a coalition of MSPs, he will hold the SNP government to account to ensure that they work with Tie and carry out changes in the next parliament.

1 April 2016: Nicola Sturgeon announces proposals to train teachers on "equality issues" in light of the SNP moving a motion to support Tie. However, Tie criticise the move as not going far enough –  as there were no funding commitments for the plan nor was there any mention of ensuring training was LGBT+ specific.

20 April: The STUC unanimously pass a motion in support of Tie. The move represents the culmination of efforts to bring trade unions into the campaign.

The development means that Tie has the official support of Scotland's teachers' unions and all STUC affiliated trade unions including Unite – around 630,000 trade unionists.

19 May 2016: Glasgow Pride announce that its theme for 2016 will be the Tie campaign, meaning that tens of thousands will march at Scotland's biggest Pride event in support of Tie’s demands.  Campaigners praise the move for its political significance.

15 June 2016: Following the Orlando hate crime shooting, Harvie asks Sturgeon in Holyrood when she will begin working with Tie. She does not place a timescale on reform, but reaffirms her commitment to work with the campaigners to ensure LGBT+ inclusive education. Cross party leaders commit to swift action on LGBT+ education.

22 June 2016: Almost a year from their founding Tie launch its free LGBT+ teacher training course which is to be piloted in Glasgow and Edinburgh in October 2016.

The course is designed to provide training for primary, secondary and, for the first time, additional support needs education. The course is to be delivered by award winning teachers.

Within hours, the Glasgow and Edinburgh training days are fully booked. 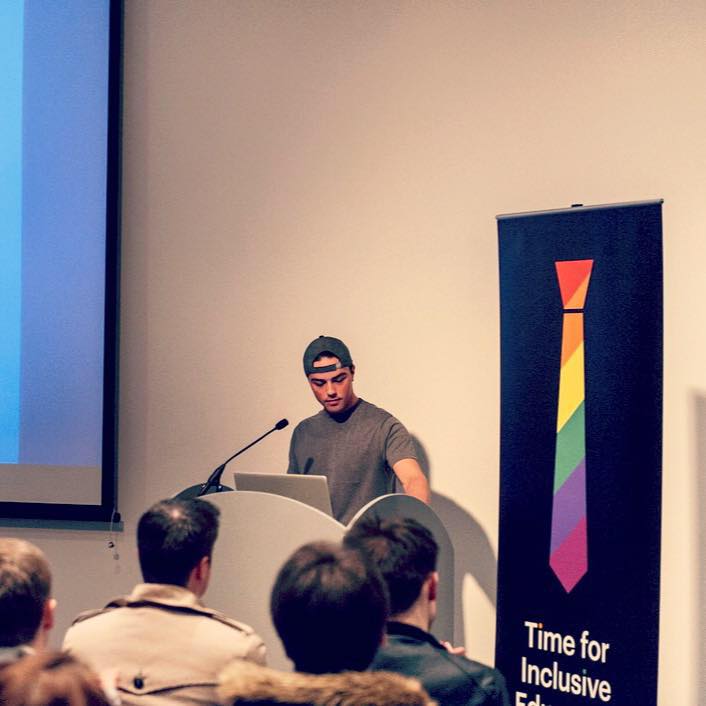 Why Tie are doing it all

52 per cent have suffered homophobic bullying.

14 per cent have left school because of homophobic bullying.

26 per cent (one in four) have attempted suicide because of homophobic bullying.

88 per cent of trans youth feel their education was negatively impacted by bullying.

42 per cent of trans youth left education because of bullying.

Throughout its rise Tie has been distinguished by a number of campaigning approaches which have aided its successes.

– It has maintained a crossparty/non-party approach which has garnered support from multiple political factions, allowing the natural logic of political competition to drive its demands forward as parties have increasingly sought to out-flank one another by supporting them.

– It has resisted taking substantial sums of money and being used as a platform by more established organisations.

– In so doing it has maintained a distinctly political campaign, making demands on the establishment from the outside, rather than becoming ensconced within the nexus of political parties and civil society organisations.

– Tie has also reached beyond the world of politics into wider civic society. Crucially, the campaign consistently sought to bring Scotland’s trade unions, the largest democratic institutions in the country, into the campaign.

– In the course of this practice it has maintained a strong and disciplined volunteer ethic, based around the activities of its founders, Jordan Daly and Liam Stephenson and latterly John-Naples Campbell.

– It has adjusted its focus pragmatically without losing touch with its founding principles.