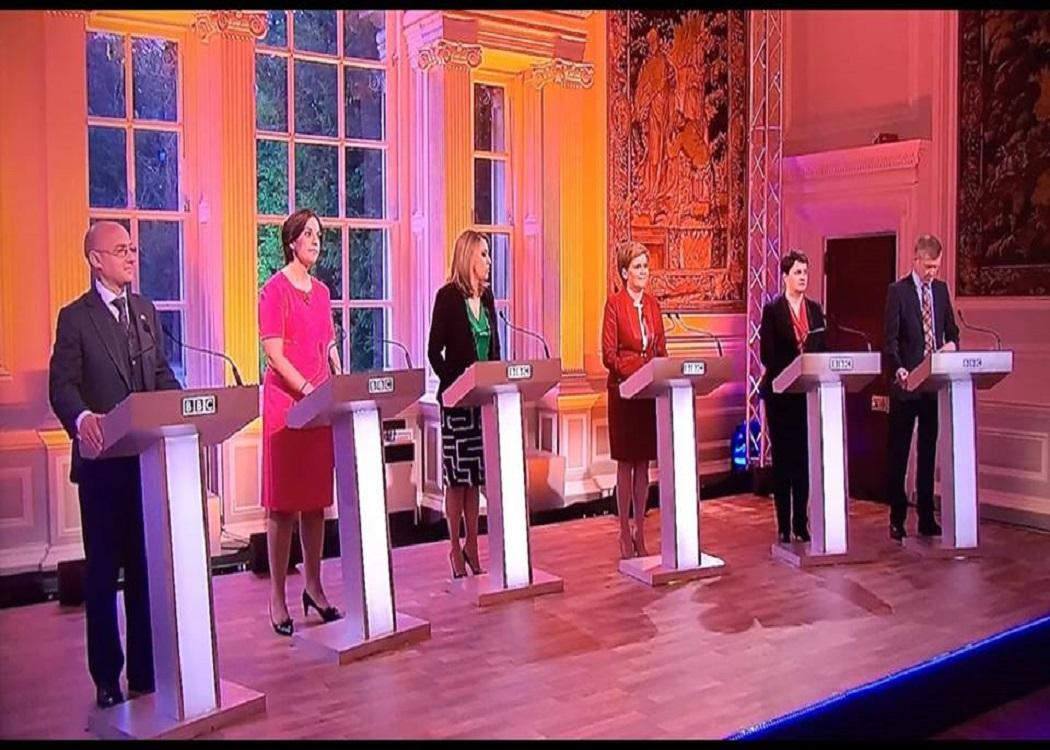 WHILE THE REST of us are easing back into work after the bank holiday weekend, the Scottish party leaders are out trying to convince any undecided voters.

On the penultimate day before the votes are cast and the decision final, CommonSpace takes a look at how the party leaders plan to spend their final hours campaigning and how perceptions have changed over the past few weeks.

Much of the last ditch campaigning emphasis appears to be on jobs and education with the candidates rallying last minute votes wherever they can find them, all the way from a mini golf course in Renfrew to a soft play area in Glasgow.

As the deadline approaches, Scottish Conservatives leader Ruth Davidson will be travelling coast to coast – from Oban to Peterhead – to convince those who may not be “dyed in the wool Conservatives” that Labour has had its day.

Davidson suggested that Scottish voters are supporting the Conservatives because “they just want an opposition at Holyrood that will really hold the SNP to account for once”. Davidson, who came across a bit shouty at the final leaders debate on Sunday night, will be feeling the pressure as the Conservatives don’t have a great track record in Scotland.

Scottish Labour’s Kezia Dugdale will be visiting a soft play area in Glasgow to warn of the consequences SNP cuts could have on education and frontline services.

It’s unclear whether Dugdale will follow in the footsteps of Scottish Lib Dem leader Willie Rennie and have a go on the slide.

The Scottish Labour leader warned that there are “just two days left to avoid PS3bn of cuts to Scotland’s public services that are coming down the road with another SNP government”.

The return to normal rhetoric is a contrast to the more light-hearted Kezia Dugdale Scotland got a glimpse of recently when she was interviewed by BBC comedy character Gary Tank Commander along with the other leaders.

Scottish Lib Dem leader Willie Rennie, who hasn’t disappointed in terms of theatrics throughout this campaign, will be visiting a mini golf course in Renfrew to discuss some not so mini subjects, like how the SNP has ‘neglected’ mental health and education.

Rennie, who is joining his West of Scotland Lib Dem candidate Katy Gordon, said: “The SNP has had nine years to get to grips with the challenges facing our public services. Scotland cannot afford to wait any longer.”

Tired of discussing independence, Rennie said at the leaders debate on Sunday night: “The last thing Scotland needs is a groundhog day debate on the constitution.”

From zip wires to child play areas, Rennie’s comedic value, intentional or not, throughout the campaign has been a hole in one.

SNP: Sturgeon minds her own business

SNP leader Nicola Sturgeon, taking a break from discussing the referendum, will be talking to business leaders in Aberdeen about the party’s plans to “stand up for Scottish industry and create more and better jobs”.

It was just last week that the SNP leader visited Scottish ship yards to discuss, with trade unions, the potential loss of jobs, if promises laid out by the Conservatives before the Scottish independence referendum are not kept.

Keen on promoting job creation, Sturgeon said: “We will relentlessly champion Scottish business and always stand up for our key industries.”

Scottish Green Party co-convener Patrick Harvie, on his penultimate day of campaigning, will focus on one of the party’s major pillars: renewable energy.

Harvie will be highlighting the potential for new jobs in renewable industries, on a visit to a wind turbine class at Fife College. Harvie may be on to something as it was revealed today that in April, wind farms produced enough electricity to power 79 per cent of homes.

Harvie said: “Scotland’s economy is facing huge challenges, not least from the inevitable decline in the oil and gas sectors, so the need for a plan of action has never been greater.”

How the other parties are competing

It’s not only the major parties who are desperately using the final days to convince unsure voters.

Scottish Ukip leader David Coburn, at this point is working on getting a seat, any seat, after what’s been an embarrassing campaign, what with the car crash interview with Bernard Ponsonby on Scotland Tonight and the trolling on periscope.

Ukip currently has no elected representatives in the Scottish Parliament but this has the potential to change after the election.

Meanwhile, new socialist coalition Rise can be heard campaigning for an independent Scotland on the streets of Glasgow as a van connected to some powerful speakers around the city centre.

Tommy Sheridan of rival socialist party Solidarity has pledged to vote for the SNP in his first ballot, and hopes voters will mark an X in the box for solidarity in the list vote. He said he wanted to break free from the “monster” that is Westminster.