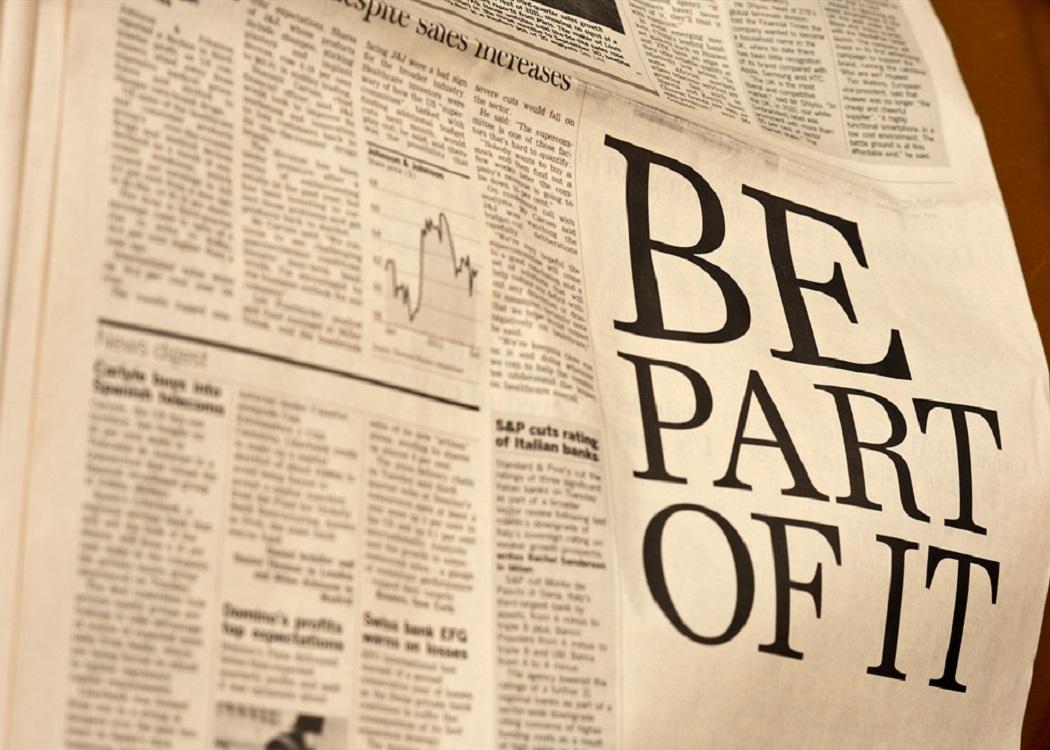 Last week, 17-year-old Gabrielle Allison spent her Arran High School work experience week at CommonSpace. An aspiring journalist , Gabrielle spent her time training with the CommonSpace team and meeting other industry professionals. Here, she shares what she learned about carving out a career in journalism

ENTERING the job market in any field is daunting. Stepping into a career like journalism, where the future of the profession is uncertain, is even more intimidating.

Journalism still plays a very important role in many people’s lives. Whether people get their information from a newspaper, television or smartphone, the need to know what is going in the world is still essential for people. From that it is clear journalists are required.

However, many reporters today feel that the possibility of making a livelihood in reporting news is threatened. Why would people pay for news when they can receive it for free from many sites on the internet?

Many reporters who have found success in traditional structures believe that it is becoming increasingly difficult for young journalists to break into the profession.

In a study carried out in 2013 , it was found that 55 per cent of people now look online to find the latest updates from all over the world. Attention spans are dwindling and people now want to be kept up to date faster than ever before.

Journalist Felix Salmon wrote an article earlier this year giving advice to aspiring journalists, in which he states: “I’m sure that many people have told you this already, but take it from me as well: journalism is a dumb career move.”

In his opinion, digital journalism becoming more popular means the opportunity to earn a decent wage in traditional news services is minimal.

He isn’t the only one who questions the future of journalism. Many reporters who have found success in traditional structures believe that it is becoming increasingly difficult for young journalists to break into the profession.

One such journalist is Dani Garavelli, a columnist with Scotland on Sunday. According to Garavelli, it’s not just breaking into the industry that’s difficult – staying in it is becoming as much of a challenge.

“I would say it is undoubtedly more difficult to get involved in paid journalism than it was when I started,” she explains.

“Also, the consequence of fewer people paying for journalism is an endless cycle of redundancies.

“On the upside, digital journalism has allowed alternative sites like CommonSpace to set up, so it’s not all bad.”

“I would say it is undoubtedly more difficult to get involved in paid journalism than it was when I started. Also, the consequence of fewer people paying for journalism is an endless cycle of redundancies.” Dani Garavelli

There are many online services providing news for free and readers increasingly expect it for free. This has meant that sales of newspapers in the UK have dropped by 7.6 per cent in the last year.

One advantage to the new way of writing is that without the restrictions of being a mainstream news outlet, online news services are outwith bureaucratic control. They are perhaps more able to publish the news as they see it and are less constrained by the expectations of multi-millionaire owners or advertisers.

Claire Dean, broadcast and online journalism lecturer at Glasgow Caledonian University, says that while the rise of online media can make it difficult for young people starting out their careers, they are the ones best placed to help the newspaper industry find a fresh model for the digital era.

“While many newspapers are suffering a decline in circulation, young graduates with digital skills are best placed to help newspapers re-invent themselves by engaging with new audiences online and through social media,” she says.

In all jobs, employers want to see relevant skill sets. Narrowed down, the general consensus seems to be that a journalist should be enthusiastic about current affairs and should be personable.

“One the best things a young person interested in a career in journalism can do is simply immerse themselves in news and current affairs and consume as much as possible on a daily basis,” says Dean.

“Employers also want to see that a person has the ability to convey a story that will keep the reader engaged.”

An article published by the BBC highlights the key things the broadcaster looks for in a reporter.

It suggests that having a degree is not a necessity, but is a good way of showing that keen reporters possess “intellectual discipline”. Working in a newsroom is also a high pressure situation, and people need to be able to thrive under those conditions in order to find success.

“While many newspapers are suffering a decline, young graduates with digital skills are best placed to help newspapers re-invent themselves by engaging with new audiences online and through social media.” Claire Dean

Many people believe that it is better to study a relevant subject, like politics or English, rather than for a degree in journalism itself, as this shows that a person has flexibility and has a keen interest in current events. Some suggest it is then necessary to complete a course accredited by the National Council for the Training of Journalists (NCTJ) as some employers look for this.

During my time here at CommonSpace I had the chance to speak to the newly appointed editor of the Sunday Herald, Neil McKay, who gave me lots of helpful guidance. He advised me that most people working in the press are looking first and foremost for news reporters, and then like to see people specialise from there.

He also feels that getting first-hand experience of a newsroom is more beneficial than a degree in journalism could be.

The reality is that journalism is changing, perhaps for the better, perhaps not. However, if someone seeks a career where they can make a real change to the public’s perceptions on society and inform people about current affairs who otherwise would not have as much awareness, then digital journalism is a blessing for people who want to make a difference.