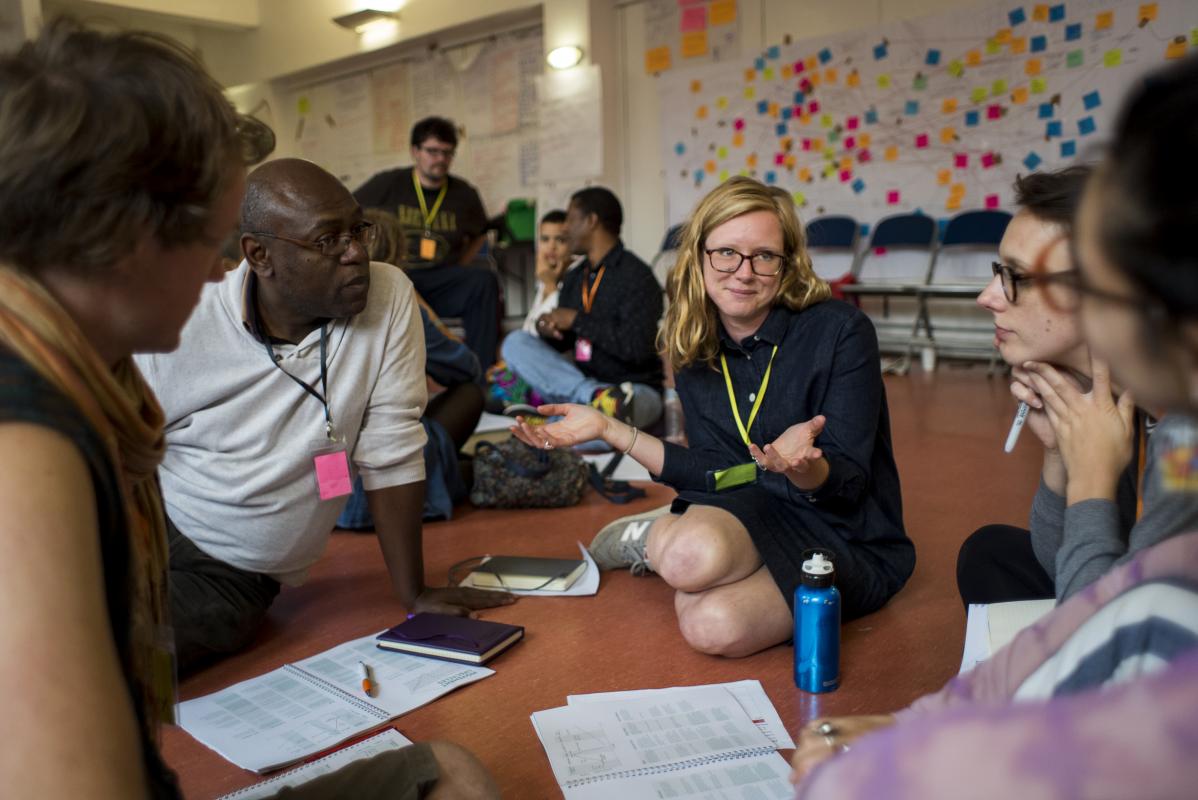 THE NEW ECONOMY Organisers Network (Neon) is bringing its new 5-day training course for ‘Movement Builders’ to Glasgow next month with the aim of giving the left the tools it needs to effect real change.

With applications closing on 4 February, CommonSpace spoke to Neon and one activist who completed the training in Manchester to find out more about the project.

Neon is a network of over 1,600 UK organisers from 900 different civil society groups, and by organising a range of training opportunities – from setting up an organisation, to working with the media, to group facilitating – it aims to build the movements needed to win social, economic and environmental justice.

Ayeisha Thomas-Smith, training organiser at Neon is leading on the network’s new Movement Builders programme after completing training herself in the US last year with Momentum, a training institute for grassroots social movements. This, Thomas-Smith said, was a way to bring back valuable knowledge to the UK, given that “there’s a lot of good work happening around social movements in the US right now”.

With collaboration from US organisers and an advisory group of UK activist groups and academics, Thomas-Smith co-created a curriculum for a UK-based programme, centred around the themes of context, strategy, storytelling, and structure, and launched it in London last September.

Thomas-Smith explained: “The main thing that Neon does is build infrastructure on the left in numerous ways, and one of the things Movement Builders was set up to address was that we had identified lots of strategic gaps – we found that a barrier to social movements in the UK is a lack of joined up, strategic thinking.

“So this was a way to get people in the room together and train them in various skills.”

Focussing primarily on issues around migration, climate justice, precarious work, health and housing, the programme aims to bring people a relatively small group of 30 people together with experience in these areas to learn both from the trainers and from each other.

Since participating in the London and Manchester training, Thomas-Smith said that Neon has already learned that “people are forming strategic partnerships to drive forward whatever they’re doing” and that local groups were connecting with national ones.

One of the most “exciting” things to come from the programme so far, she said,  were the connections made between organisations and activists from Grenfell, particularly given that the circumstances around the Grenfell fire are seen as encapsulating some of the key issues which the housing movement is working to address.

“The course itself was really helpful but you also get opportunities to work with people you wouldn’t normally work with.” Joe Baker, activist and Movement Builders participant

“From the London training we had four participants from Grenfell who were activists in their area,” she said. “They took a lot of tools from the training from the housing movement, from Sisters Uncut, and from other organisations, and they then formed a working group which is helping with work on the ground in Grenfell.”

Two participants at the Manchester training were also from Grenfell and went on to form connections which supported the organisation of silent marches in Grenfell.

One Manchester participant, who will help facilitate at the Glasgow training, was Joe Baker, activist and organiser of the anti-fascist 0161 Festival in Manchester and Street Edge, a radical, working class sports and martial arts club.

“There’s lots on every day, and you look at the timetable and think, ‘oh, I’d really rather not do this’, but actually by the time the day ended you were thinking, ‘I can’t wait to go back the next day’,” he said.

“You come out feeling energised, ready to do stuff, and with a lot of new ideas.”

READ MORE: Ben Wray: The victims of Grenfell deserve more than resignations – here’s what we should do

One of the best aspects of the experience, Baker said, was connecting with the other participants. “You learn so much from people – and I wouldn’t have thought of that,” he said.

“The course itself was really helpful but you also get opportunities to work with people you wouldn’t normally work with, and cross-reference with other people’s experiences.”

“The way it’s kind of built, everyone gets the chance to speak and have their voices heard, if they’re a bit shy,” he added.

“I think lots of people bypass opportunities like this and go on to make mistakes other people have made,” Baker continued, and said he would recommend the programme as a “worthwhile” chance to form partnerships and learn skills to take back into your own work.

By the end of this year, Neon will have trained 150 people in the Movement Builders programme, with plans to take it various locations around the UK and into Europe.

The next step for the programme, Thomas-Smith said, will be to work more closely with groups in practice, and “incubate them”.

The Glasgow training will take place from 23-27 February and can be booked on the Neon website with a sliding scale of fees.