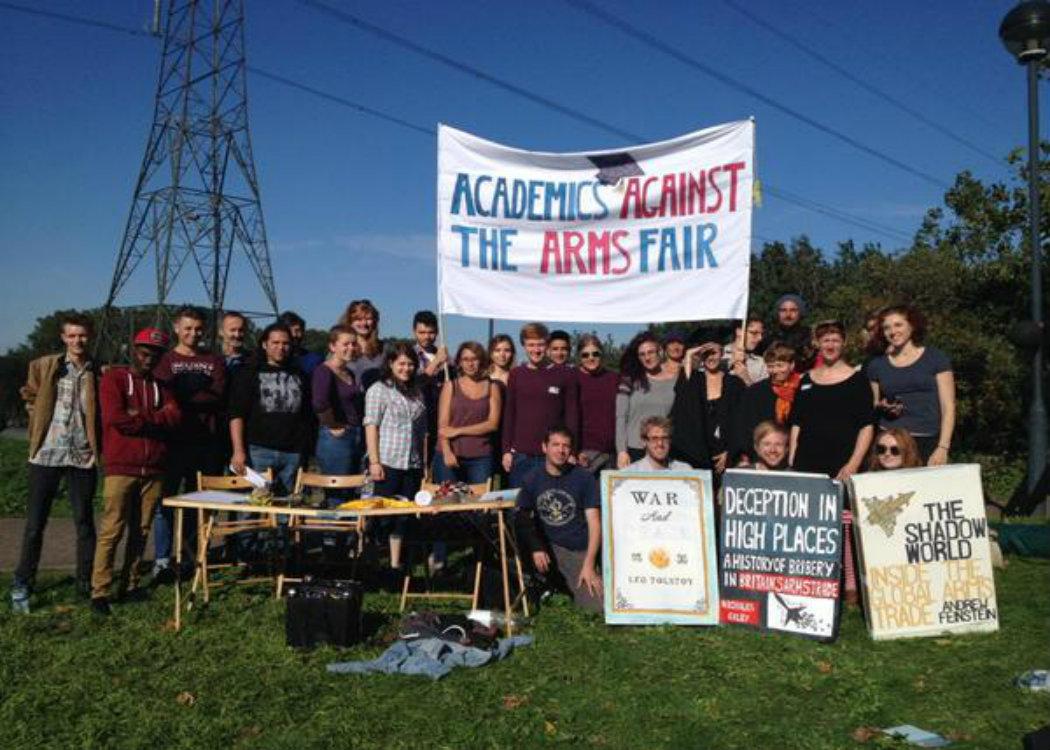 SOME OF THE WORLD’S most abusive regimes have been invited to London’s Defence and Security Equipment International (DSEI) arms fair, due to take place in the city’s East End next week.

Invitations sourced by the Campaign Against the Arms Trade (CAAT) revealed that at least seven countries who abuse human rights have been invited to the event.

Saudi Arabia, Pakistan, Colombia, Azerbaijan, Kazakhstan, Egypt and Thailand have all faced numerous criticisms for domestic repression including torture, executions, and a lack of open elections or freedom of speech.

The invitations confirm the fears of campaigners that the biennial event will be used to arm regimes that kill their own people, and that the supply of weapons will further inflame wars in North Africa and the Middle East.

“This isn’t just giving them military support, it is also giving them a fig leaf of political legitimacy. A lot of these arms can be used for internal repression and to commit human rights abuses.”

Hundreds of protestors have attempted to stall preparations for the event by blocking roads to the arms fair over the past week.

This includes UK arms used by Saudi Arabia in its current bombing of Yemen. The UK also provided export licenses for deadly chemical sales to the Syrian government, which is accused of using chemical weapons against the civilian population.