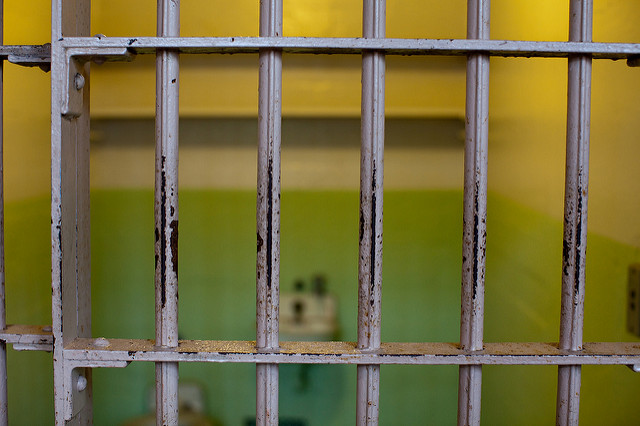 THE Equalities and Human Rights Committee of the Scottish Parliament will meet on Thursday (7 September) to hear evidence on prisoner voting, with Scottish Greens co-convener Patrick Harvie and prisoner rights groups calling for a lift of the blanket ban.

At present, all prisoners are automatically barred from voting in any election or referendum. Prior to the independence referendum, the Scottish Parliament voted against amendments made by Patrick Harvie which would have extended the franchise to prisoners serving sentences of less than six months and to those who had less than six months of their sentence left to serve.

The Scottish Parliament now has the power to decide who can vote in Holyrood elections, and the committee will consider whether the franchise should be extended to include some prisoners.

Ahead of the meeting, Patrick Harvie MSP said: “Having temporary control over the franchise for the 2014 referendum forced Holyrood to consider an issue which had previously only been debated at Westminster. Now that we have full responsibility for elections in Scotland, we are faced with an absolute requirement to revisit the issue.

“If we want Scotland to become a beacon for fairness, and if we believe in rehabilitating offenders, we must end the ban.” Patrick Harvie MSP

“The UK Tory Government may want to scrap the Human Rights Act, but the SNP have supported it, as do the Greens. It is therefore a point of principle that Holyrood must change the law to comply with human rights.

“The blanket ban must therefore be ended. Stopping all prisoners voting, regardless of the nature of their offence or the length of their sentence, clearly breaches human rights, and the current position cannot hold.”

“If we want Scotland to become a beacon for fairness, and if we believe in rehabilitating offenders, we must look at all the options, have the debate, and end the ban.”

The cross-party committee meeting will hear evidence from Patrick Harvie, an ex-offender, and a number of organisations including the Electoral Management Board for Scotland, Law Society of Scotland, Scottish Centre for Crime & Justice Research, and Prisons for Scotland.

Howard League Scotland, an organisation which campaigns for penal reform and the rights of people involved in the criminal justice system, will also be represented at the committee meeting.

A submission from the Howard League Scotland said: “We believe a custodial sentence by itself sets too low a threshold for the loss of such an important right as the right to vote.

“It relies on imprisonment being seen as automatic “civic death” and sits at odds with the political commitment to the rehabilitation and reintegration of offenders.

“Scotland has one the highest rates of imprisonment in western Europe. Applying a blanket ban therefore sets a lower threshold for losing the vote here than it would in almost all other western European countries.

“As it is, the most recent review carried out by the UK Cabinet Office revealed that of the 47 Council of Europe countries only five European countries enforce a blanket ban: Armenia, Bulgaria, Estonia, Russia and the UK.”

Evidence put forward by the Law Society of Scotland will include reference to the case of Hirst v United Kingdom (2005), where the European Court of Human Rights ruled that a blanket ban on prisoners voting was in contravention of the European Convention on Human Rights. The Court has now made three further rulings to the same effect, which have not been heeded by the UK Government.

The Prison Reform Trust also submitted evidence to the committee, in which they asserted that “voting is not a privilege, it is a basic human right”.

“Greater devolution of election management rightly means we need to ask questions about who has the right to vote.” Christina McKelvie MSP

The committee will also hear evidence on the practicalities of how such changes might be implimented, in terms of how and where prisoners would vote, and how they would be given access to appropriate policy information prior to making their decison.

SNP MSP Christina McKelvie, the chair of the Equalities and Human Rights Committee, said: “The greater devolution of election management to the Scottish Parliament rightly means we need to ask questions about who has the right to vote. This is an issue that needs careful consideration by parliament.

“Could voting rights be taken into account by judges passing sentence? Should the blanket ban remain? Should all prisoners enjoy the right to vote?

“Our committee wants to air the main issues and hear about the practical aspects of prisoners voting, before any further steps are taken.”