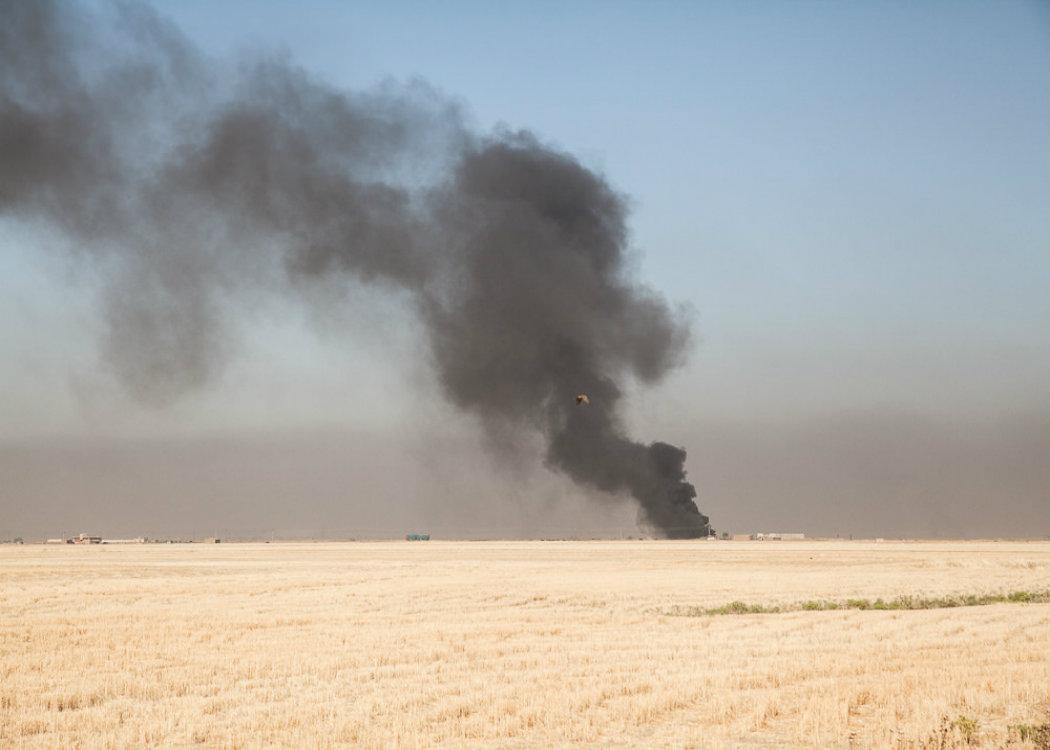 THE LEGAL STATUS of the secret military decision to bomb Syria on 21 August is facing growing criticism from British and international human rights groups.

A UK drone aircraft targeted two UK citizens without the consent of parliament, in what is the first example of extrajudicial killing by the RAF as part of the ‘war on terror’.

Prime Minister David Cameron, who is subject to the rules of international law and the International Criminal Court, claimed the attack was legally sound – but has refused to publish legal advice on the decision.

Clive Baldwin, senior legal adviser to Human Rights Watch , raised concerns over a lack of government transparency in relation to the bombing: “The UK’s legal obfuscation is especially worrying given its abysmal record on investigating, let alone prosecuting, senior members of the armed forces, intelligence officers, or politicians for alleged war crimes overseas such as in Iraq. The current government even wants to make its armed forces overseas exempt from national human rights law.

“Cameron asserted that his attorney general said the killings were legal, but is refusing to publish the advice. Why? He should publish not just his legal justifications but also as much of the factual basis for the attack as possible, explaining why the threat to life was imminent and why the killings were unavoidable. After all, if the government is so sure these targeted killings were legal, it should have nothing to hide.”

“We must learn from the past, and remember the importance of upholding the rule of law whenever we act in the name of national security.” Yasmine Ahmed, Rights Watch (UK)

Another campaign group, Rights Watch (UK), has given notice to commence legal proceedings against the government for a failure to provide legal advice on the bombing attack.

Yasmine Ahmed, director of Rights Watch (UK), said : “Currently there is insufficient information in the public domain for the public to know whether the drone strikes that killed three individuals in Syria, including two British citizens, were done lawfully.

“These strikes set a dangerous precedent for UK government activity. The UK government can now kill at will with no oversight. If the only oversight for these actions is internal confidential government legal advice, which the British public never gets to see, that is no oversight at all. To take military action in the name of the British public and not fully inform the public about the legal basis for doing so is undemocratic.

“It is imperative that the UK government acts with transparency and publishes the legal advice so that the public can see and interrogate the legality of the government’s actions. The last time we did not probe government legal advice, we went to war in Iraq. We must learn from the past, and remember the importance of upholding the rule of law whenever we act in the name of national security.”

The political response to the announcement was more subdued, with the Labour Party hesitant to take a position ahead of the election of a new party leader.

The Scottish National Party has called for an Intelligence and Security Committee investigation of drone attacks.

US military officials, including former army general Stanley McChrystal, have criticised the expansion of drone warfare across the Middle East.

McChrystal, who led US operations in Afghanistan, warned the policy was a cause of a “tremendous amount of resentment” .

David Cameron argued that the attack was a matter of self-defence, as the targets were allegedly involved in planning terrorist attacks again the UK.

Defence secretary Michael Fallon added: “There are other terrorists involved in other plots that may come to fruition over the next few weeks and months and we wouldn’t hesitate to take similar action again.”

Wali Aslam, an international relations lecturer, believes that this is a move towards the UK Government advocating “pre-emptive self-defence” as a military policy.

Following the launch of the war on terror, the UK took a more authoritarian approach to military intervention and civil liberties.

As well as attacking Afghanistan, Iraq and Libya, the Blair government expanded CCTV surveillance, pursued mandatory ID cards and increased the term for imprisonment without trial.