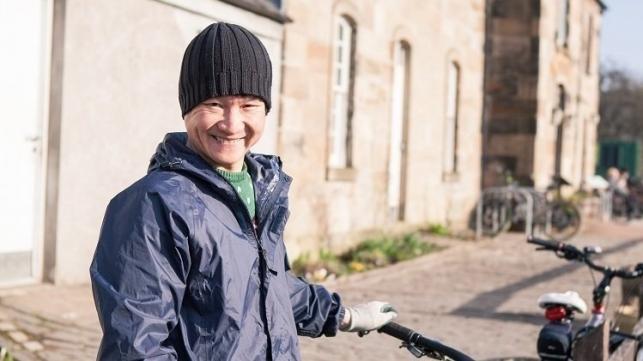 DUC KEIN, a victim of human trafficking who was set for deportation on a flight to Vietnam today [13 June], has won a reprieve, as a judicial review was announced into his case.

CommonSpace reported on Monday that a petition, using the hashtag #DucMakesGlasgow, to stop Kein from being deported had gathered 2000 signatures, and on Wednesday Kein’s councillor in the East end of Glasgow Kim Long, who has been championing his case, announced on Twitter that Kein was no longer going on the Qatar Airlines flight, but remained in detention in England.

She said: “DUC IS OFF THE PLANE. He will not be deported today. He is still in detention but he is SAFE. WE DID IT. WE WON TODAY.”

The judicial review is likely to take three months, and Long was keen to emphasise the importance of the action of campaigners – who had contacted the Home Office and Qatar Airlines after an urgent appeal was issued by the Unity Centre – in supporting Kein.

“All your work emailing + calling + causing a stooshie REALLY WORKED. This will be fantastic for Duc’s asylum claim (not being deported/bail are not the same as getting asylum status) because it can be used as evidence for his integration in the community.” She said.

Commenting, Kein’s MP Paul Sweeney said: “I am relieved that after my intervention in Mr Duc Kein Nguyen’s deportation case over the last week, the Home Office has now agreed to stop deportation action against him pending a judicial review.

“I am continuing to seek assurances that the Home Office accept their previous judgement that Duc is a trafficking victim and I am also assisting with his efforts to seek bail from detention while the judicial review is carried out.”

Kein was trafficked to the UK from Vietnam and forced to work on an illegal cannabis farm. After his arrest, Kein applied for asylum whilst serving a six month prison sentence for working on the cannabis farm, when he was released into an immigration detention centre. Kein was eventually rehomed in Glasgow where he has since clocked up thousands of hours of volunteering work in the community. He claims his life is in danger if he were to be deported to Vietnam.

The Home Office’s Potential Victims of Human Trafficking wing found last August that it was likely that Kein was a victim of trafficking.

Prior to his reprieve, Kein had stated: “I was forced to a house where I have to grow cannabis without a chance to escape because of gangster and underworld groups. I was arrested and served six months in prison, during this time I have lodged a claim for asylum.

Campaigners say they will now be seeking to get bail for Kein and to continue the campaign for his right to stay in Glasgow. You can sign up to the campaign here.