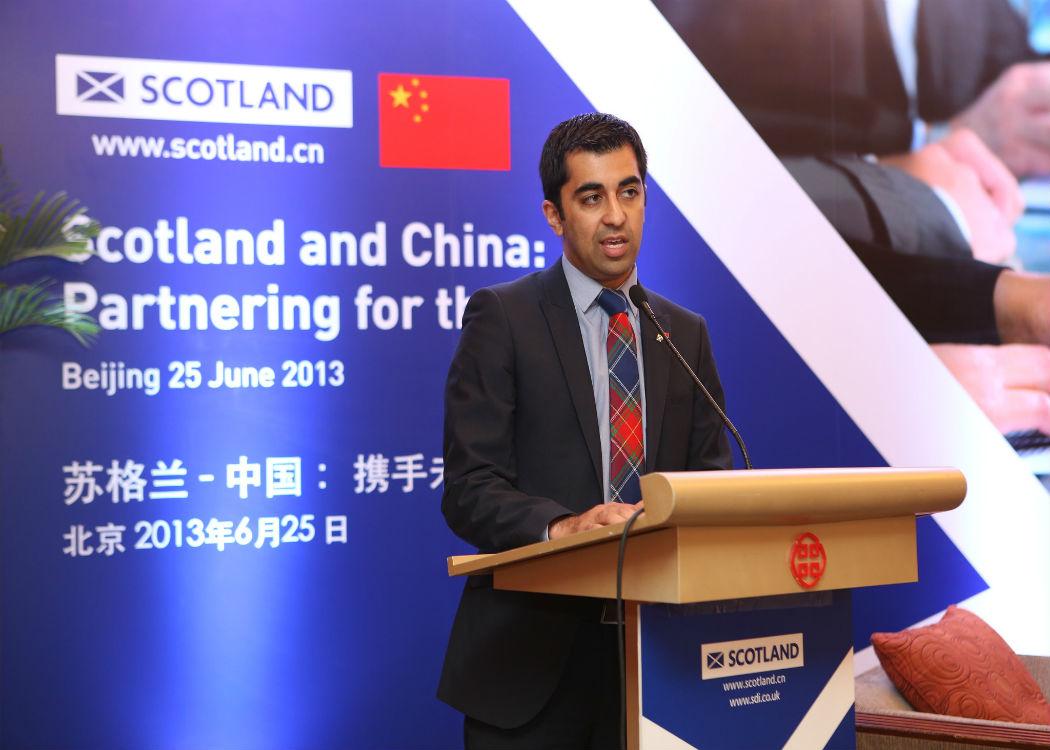 Yousaf to prime minister: “It is clear that Ukip do not simply have a few rotten apples but are rotten to the core. I am therefore asking you to unequivocally rule out any type of post-election deal with Ukip.”

A DEAL with a party as “entrenched“ in racism as Ukip is “inconceivable”, Humza Yousaf has said, as he called on David Cameron to rule out any post-election deal with the party after its Scottish MEP, David Coburn, referred to Yousaf as ‘Abu Hamza’, a radical Muslim preacher who has been jailed for life in the US for supporting terrorism.

In a letter to the prime minister, Yousaf, external affairs minister and the only muslim member of the Scottish Government, said: “As a political party, Ukip have crossed the line of common decency and stepped into the murky waters of racism, bigotry and religious hatred, where they are now firmly entrenched. It is simply inconceivable that any mainstream political party could even contemplate doing any sort of post-election deal with them.”

Coburn, speaking to the Scottish Daily Mail about a public debate he was set to appear in, said: “Humza Yousaf, or as I call him, Abu Hamza, didn’t seem to turn up.”

Ukip Scotland originally said the comments were made “in jest”, before then saying it was a “slip of the tongue”, adding that “Humza really needs to develop a sense of humour and a thicker skin if he is going to be a politician”.

Yousaf called on Ukip leader Nigel Farage to sack Coburn, but has now gone further, calling on Cameron to rule any deal with the party out, adding that there was “hundreds of examples of such prejudiced slurs against minorities, faith groups, women and many others”.

“Condemning these remarks is simply not enough,” Yousaf said in his letter to Cameron. “It is clear that Ukip do not simply have a few rotten apples but are rotten to the core. I am therefore asking you to unequivocally rule out any type of post-election deal with Ukip.”

Ruth Davidson, Scottish Conservative leader, responded to Coburn’s comments by tweeting: “Totally unacceptable. Our country is better than this. And he’s got form. Mindless idiot.”

Cameron’s office said that Davidson “had eloquently” dealt with the issue.

On Sunday, George Osborne, Tory chancellor, repeatedly refused to rule out a coalition deal with Ukip after the General Election on the BBC’s Andrew Marr Show.

Farage has said he would only support a minority Conservative government if the party could secure an agreement for a referendum on the EU this year. He caused outrage last week when he said he would scrap laws against race discrimination at work.

CommonSpace reported last week (click here to read more) that Yousaf had informed the police of racist abuse directed towards him on Twitter.