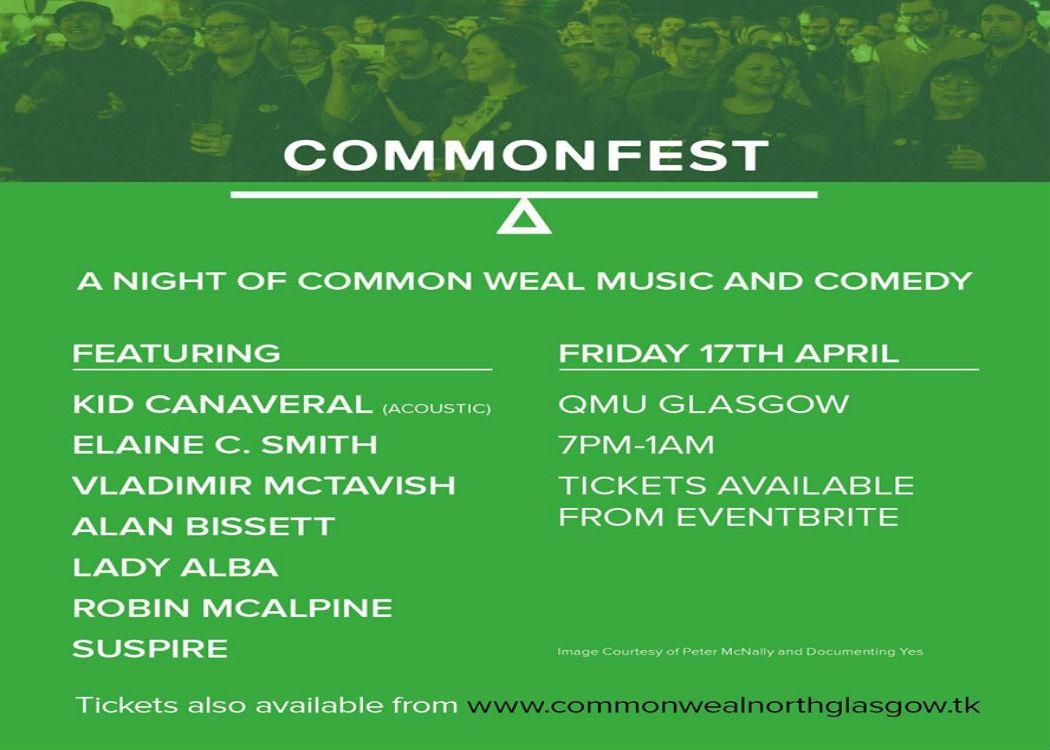 Other organisatiosn represented on the night include the Living Rent Campaign and Scottish CND.

James McEnaney, one of the organisers of CommonFest, told CommonSpace that the intention of the festival is “to support the continuation of the progressive political momentum born out of the Indyref campaign”.

“If we learned anything from the referendum campaign it is that people were mobilised not just by political arguments but also by a sense of community and purpose,” McEnaney said.

“This spirit must now be harnessed to achieve lasting, positive and radical alterations to the structure of the state within which we continue, for now, to find ourselves.”

The organisers are looking for attendees to contribute to the artistic aspect of the event, by sending in pictures of themselves for inclusion in Glasgow-based artist Gemma Coyle’s interpretation of ‘All of Us First’: the slogan of the Common Weal.

Pictures can be sent by e-mail to boxofpaint10@gmail.com.

The North Glasgow CommonFest runs from 7pm-late. Click here to get your ticket, and click here to join the facebook event and ask any questions to the event organisers.