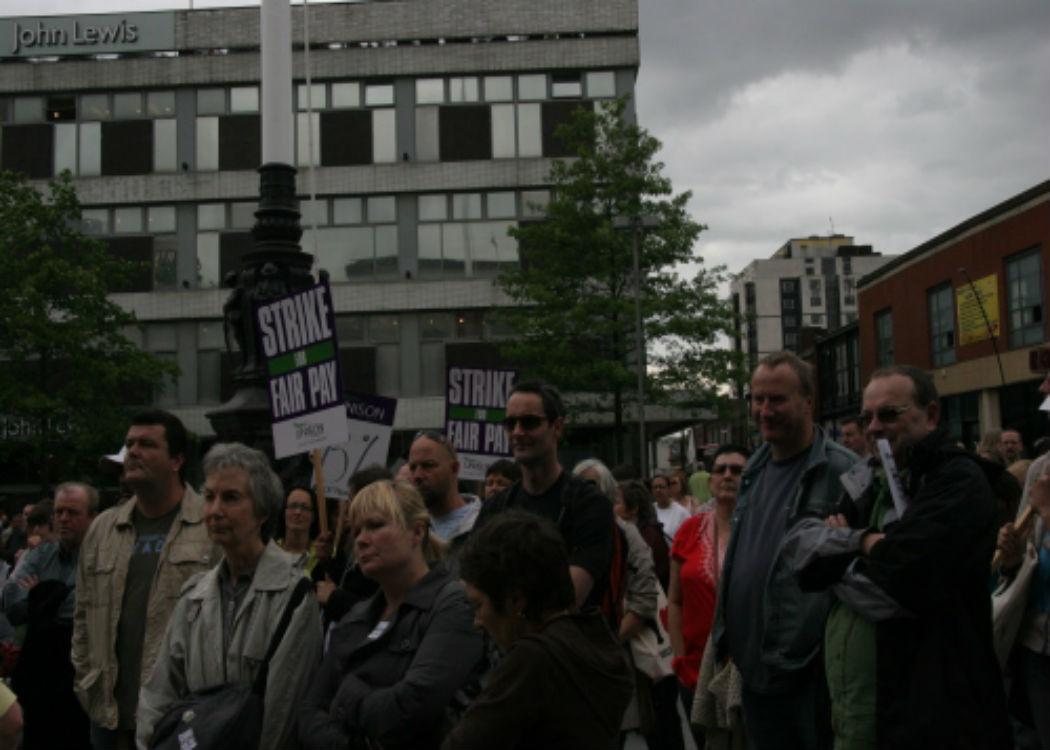 Hundreds of union activists are expected to join a protest supporting the homeless caseworkers strike in Glasgow.

The 70 workers are at the centre of a bitter dispute over pay grades and have now been on strike for 12 weeks.

Unison is holding its conference in Glasgow over the weekend and delegates are expected to join a march to show solidarity with the caseworkers outside Glasgow City Chambers tonight (Thursday 18th June).

One of the strikers, Stuart Graham told the Herald: “We know this is having a massive impact on people who rely on our service, but we have been left with no option.” (click to read more)

A spokesperson for Labour-led Glasgow City Council said to the Herald they had put forward a proposal to the union that would see the case workers get PS5,000 more a year provided they could work at the higher grade but that was rejected by the union.

He added: “We have already agreed with Unison that, in the long term, the number of caseworkers working at the Grade six level should be 54 members of staff.”

However a Unison official dismissed this as spin saying: “The fact is, our members were only being offered an interview to keep their own jobs, with the council giving them no guarantees at all. This completely ignores the points being made by homeless case workers.

“In truth, this offer will mean a few would get a new job and others would get nothing.”

He also said that, even after 12 weeks, the strike was solid but the strikers were keen to get back to work helping some of the city’s most vulnerable people.