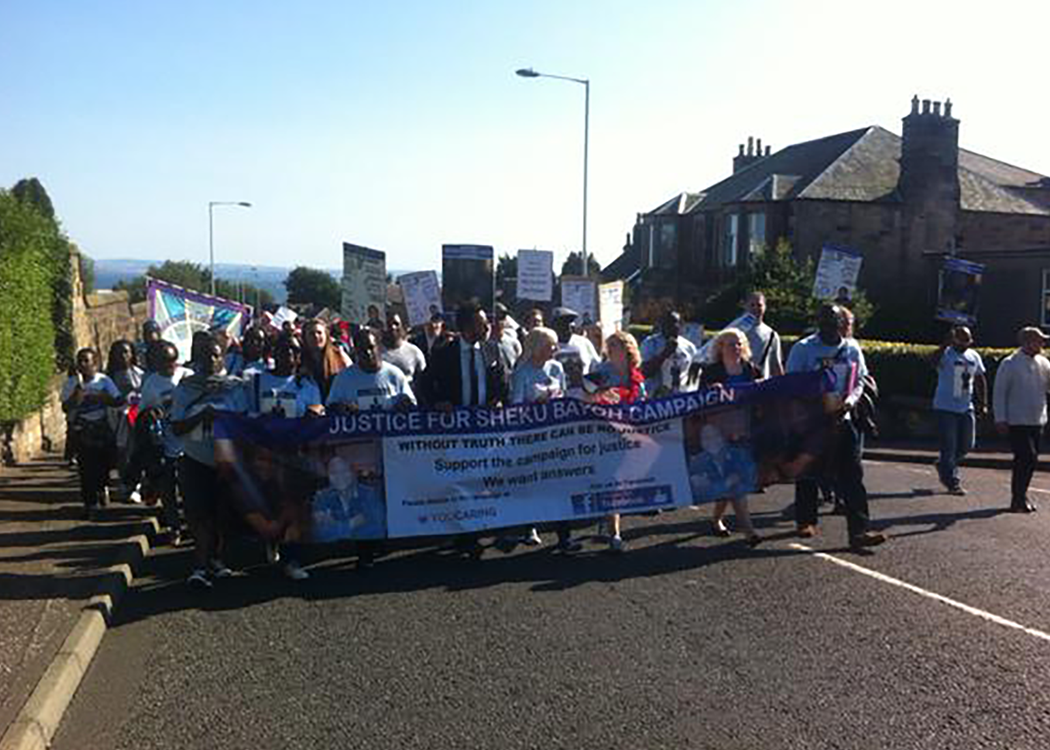 SEVERAL HUNDRED protesters joined with Sheku Bayoh’s family at the weekend on a demonstration ahead of the family’s first meeting with Police Scotland’s chief constable.

The march was led by Bayoh’s partner Collette Bell and family solicitor Aamer Anwar, and organised by the Justice for Sheku Bayoh campaign.

Ahead of the meeting with Chief Constable Sir Stephen House, Anwar said that he expects the meeting to be positive and “very robust”.

Quoted in The Herald he said: “The family do welcome the fact that the Chief Constable, despite announcing his resignation, has had the courage to say that he will meet the family.

“It’s an important step forward and the family want the chief constable to see what they have been through and to raise concerns,” he added.

House announced that he will resign his position as chief constable in December 2015 ahead of the expiration of his contract in September 2016. The announcement was made amid several major controversies that have rocked Police Scotland in recent months.

Mr Anwar said that Police Scotland should learn lessons from Bayoh’s death: “In a few weeks time there will be a new chief constable. I understand there will be other senior officers in the meeting, it may be that one of them will be the next chief constable and the family want them to know that they are not going away and they hope Police Scotland learn lessons from the death of Sheku Bayoh,” he said.

Bayoh died in police custody on 3 May after being arrested by nine police officers. The death is currently being investigated by the IPCC.